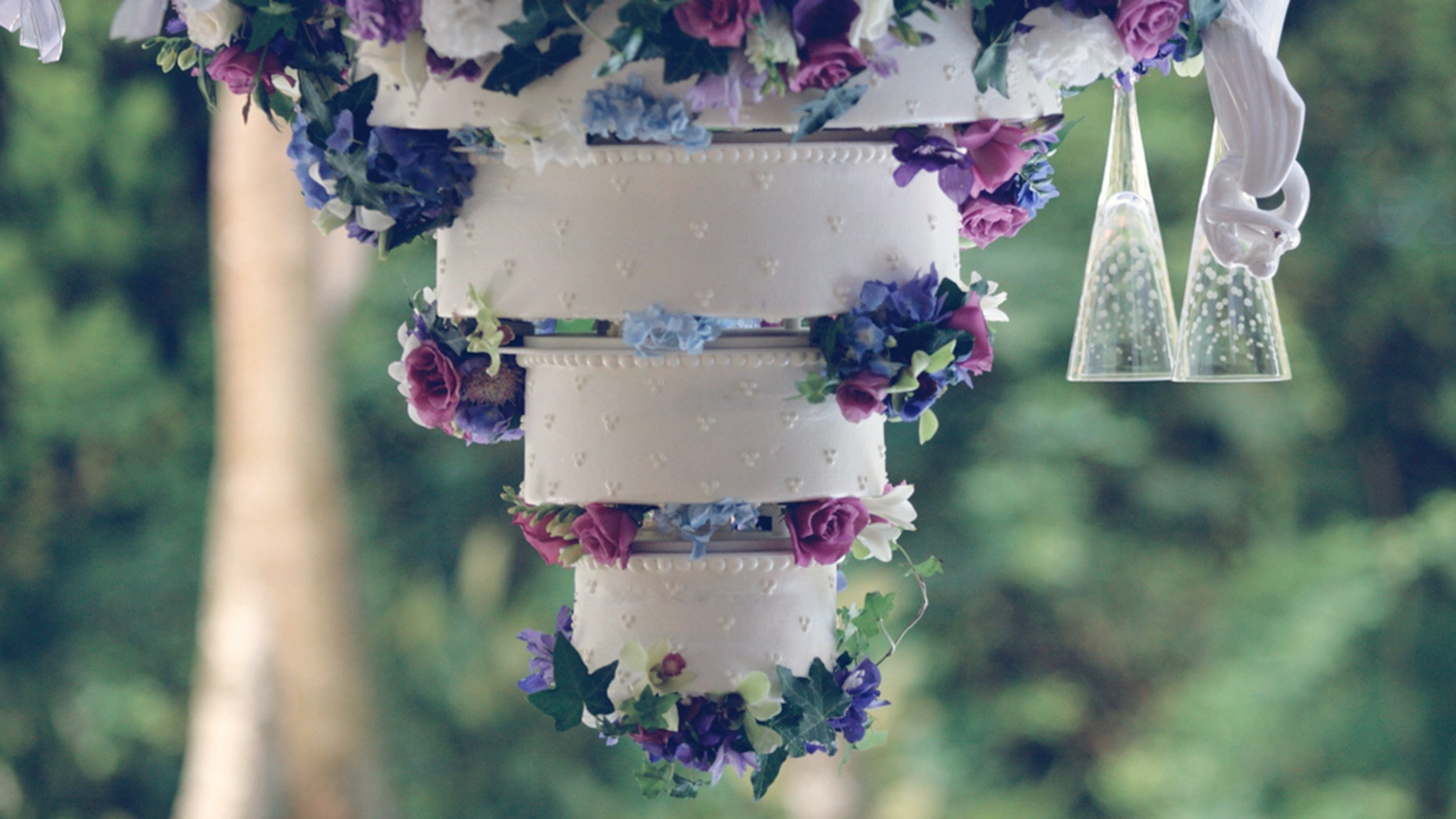 Call off your weddings, everybody. There’s no way you’re topping this.

A celebrity couple in Malaysia recently served an upside-down, chandelier-inspired wedding cake during their ultra-swanky reception in Petaling Jaya, just outside of Kuala Lumpur.

For their Feb. 20 nuptials, groom Aiman Hakim Ridza, a Malaysian actor and singer, and his bride Zahirah Macwilson, an actress and model, enlisted the Lily & Lola bakery in Kuala Lumpur for the one-of-a-kind cake, which hung above the couples’ heads as they walked down the aisle.

The bakers at Lily and Lola said on Instagram that the entire idea was “three years in the making,” and that was finally realized with the help of a company called Mahligai Creative, who rigged the multi-tiered cake to descend when it was time for cutting.

The bakery added that the bride was completely unaware the cake was hanging above her head until it finally came down.

Footage shared to Instagram shows the cake descending from the ceiling, and photos capture the moment Ridza and Macwilson finally slice into it.

Lily Osman, one of the co-owners of the bakery, told Malaysia’s New Straits Times that the idea was rather “difficult” to pull off due to the fragility of the cake, but she’s ultimately glad that she was able to show off the bakery’s talents in Malaysia.

“It’s an idea that my sister Alya and I have been thinking about since 2017,” she told the New Straits Times. “Aiman’s and Zahirah’s wedding became our golden opportunity to put it into practice as it fitted their Rustic wedding theme.

Oh, and as for the flavor, the newlyweds opted to keep it simple. “Vanilla cake for the couple,” the bakery confirmed.

‘Where is everybody?’ Restaurants grapple with worker shortage – Reporter Newspapers