Located in charming East Aurora on the street for which it’s named, Elm Street Bakery’s rustic wooden facade beckons patrons inside where they are met with the smell of fresh-baked bread.

Customers are spoiled for choice at the bakery counter, in which that day’s selection of breads, muffins, cookies, cakes, macaroons and pies can be found.

The bakery also features a wood-fired brick oven where chefs can be seen hand-tossing thin pizzas, and a cafe that is home to housemade soups, salads and sandwiches, some of which are available in prepackaged variations for breakfast or lunch on the go ($5.95 to $11). Elm Street Bakery prides itself on local and seasonal ingredients from farms in East Aurora and across the region.

For breakfast and lunch, the bakery is self-service with cafeteria-style seating, then it transitions into a full-service restaurant for dinner. 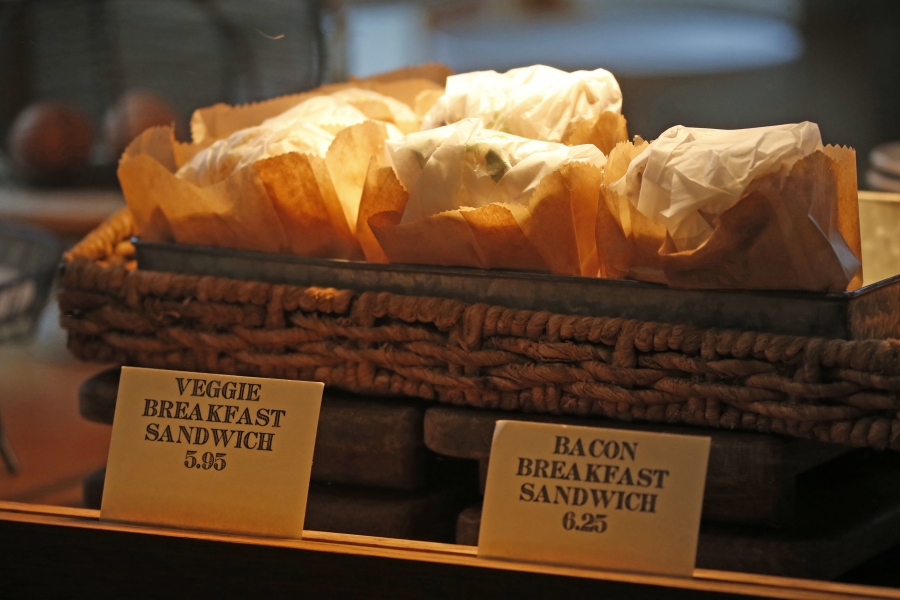 In a hurry? Grab a breakfast or lunch sandwich to go at Elm Street Bakery. (Robert Kirkham/Buffalo News)

Arriving in time for lunch, we opted for a combo (choice of two from soup, half-sandwich, side-salad, $10.50) and ordered the jambon beurre (Sahlen’s ham on baguette) and French country salad. After a few minutes of sipping on a tangy but not overly sweet raspberry iced tea ($3.25), our buzzer summoned us to pick up our order.

Featuring Sahlen’s ham, the buttered baguette was filling but underwhelming. Although the baguette was delightfully chewy, adding a spread or sandwich dressing would have brought a welcomed twist to the otherwise plain French classic.

The French country salad outshined the sandwich with its fresh mixed greens. The crispness of the apples and celery helped to cut the savoriness of the Dijon vinaigrette and blue cheese, while the dried cranberries and pecans offered a nice texture that completed the salad. 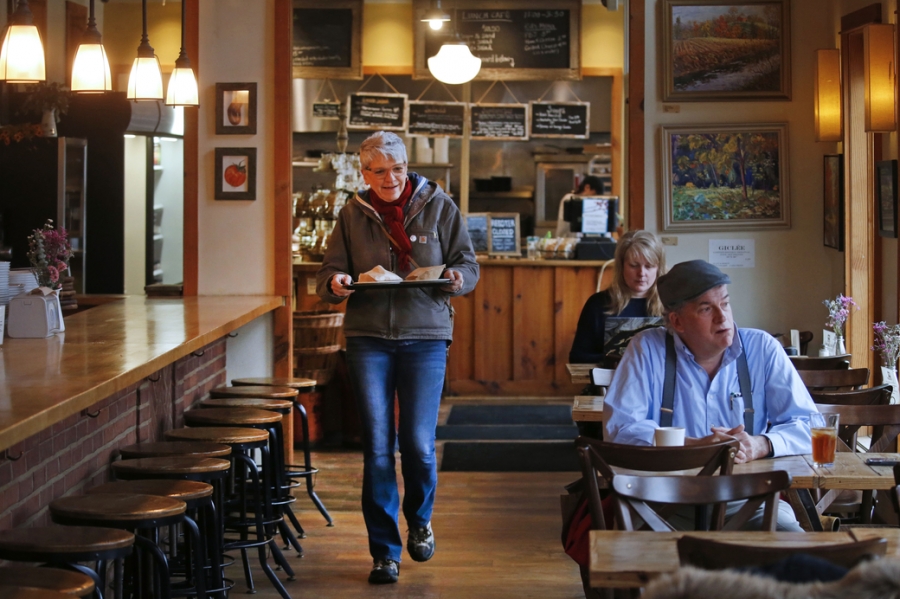 With the wood-fired brick oven being the restaurant’s centerpiece, the tantalizing made-to-order pizzas were too enticing to resist. We opted for the personal-sized classic pizza with mozzarella, Parmesan and pepperoni ($8).

Seated at the bar facing the oven, we watched as the chef expertly stretched the dough, and added generous amounts of cheese and pepperoni to the pie.

Expecting a more artisanal-looking pie, we were delighted to see the pepperoni charred into cups — Buffalo-style. The pepperoni had a bit of spice that helped make it standout among the blanket of cheese. Caramelized onions and a red wine reduction added to the subtle sweetness of the tomato-based sauce without any additional sugar.

The crust was thin, but sturdy. The overnight fermentation made the dough feel lighter and less filling, leaving you satisfied, but not stuffed.

Consisting of four slices, the six-inch pie was more than enough for a single serving, with, perhaps, a slice leftover to take home. The 12-inch, large variation provides eight slices ($16). 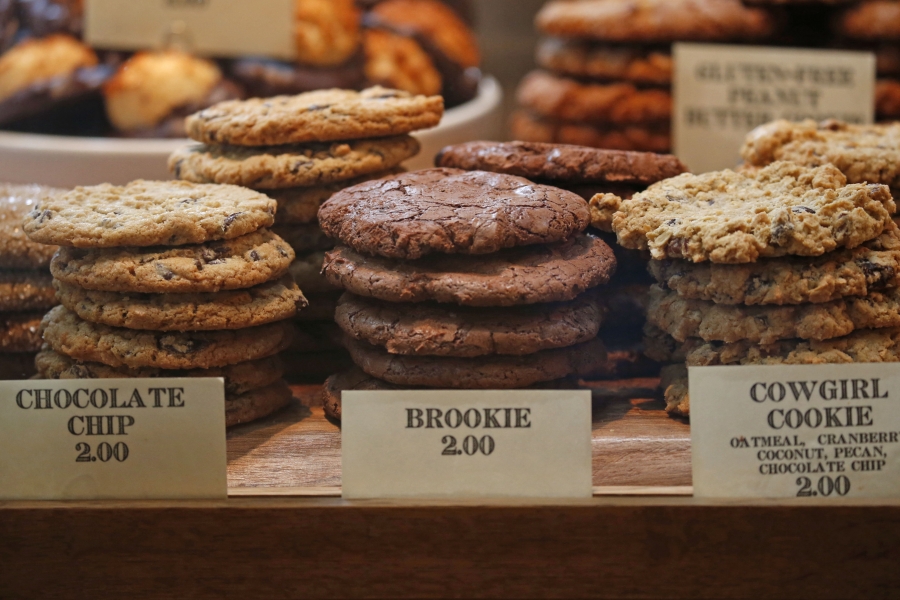 The “brookie” (center) – a tasty combination of brownie and cookie – is a favorite at Elm Street Bakery in East Aurora. (Robert Kirkham/Buffalo News)

Bustling with patrons working on their laptops, friends meeting to catch up and families enjoying a day out, Elm Street Bakery is a welcoming spot with fresh food and warm atmosphere.

Explained: Why are people boycotting Goya foods in the US? – The Indian Express