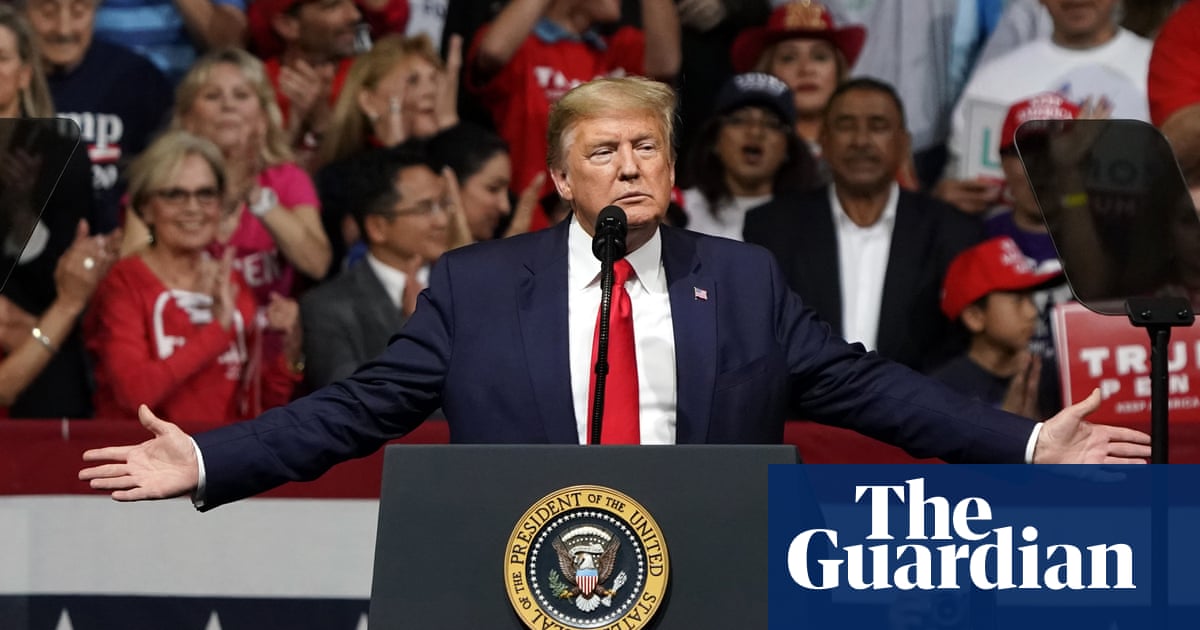 The owners of a Tucson-area Mexican restaurant are fending off social media attacks after appearing in the VIP area at a Trump rally in Phoenix last month.

On Sunday Trump tweeted support for the Rivas’ restaurant. Despite apparently watching a segment on the eatery on his favourite Fox News magazine show, Fox & Friends, the president got its location wrong.

“The food is GREAT at Sammy’s Mexican Grill in Phoenix, Arizona,” the tweet said. “Congratulations to Betty & Jorge Rivas on doing such a wonderful job. I will try hard to stop by the next time I am in Phoenix.”

Phoenix and Tucson are 113 miles apart.

Rivas said he and his wife posted a video on Facebook defending their rights as “naturalized American citizens” to vote, support and meet whomever they please.

“Just because we are Latinos it doesn’t mean that we have to feel like every other Latino in this country,“ Rivas said. “We are individuals and we feel that we have the constitutional right to meet and support whoever we want.”

Jorge Rivas said the online attacks had little to no impact on business at the restaurant which he and his wife opened in 1996.