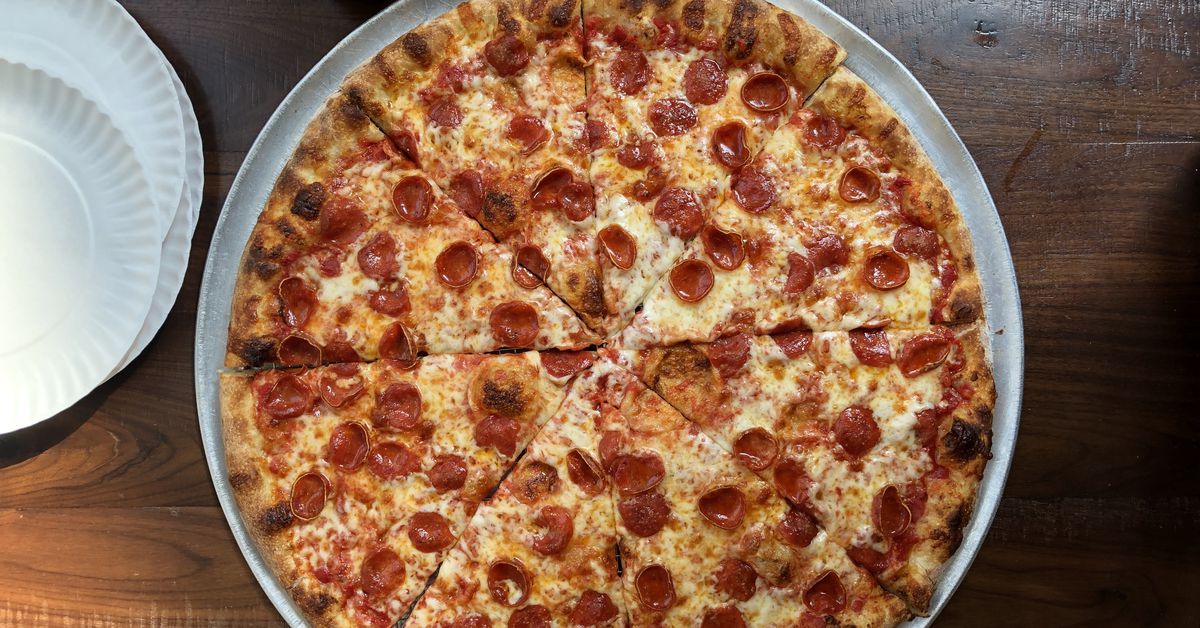 Andy’s Pizza, a New York-style slice shop that recently moved into D.C. to supply pies to the Echo Park bar in Shaw, is expanding to pizzeria-flooded Navy Yard.

Yesterday Atlas Brew Works announced plans to partner with Andy’s at its incoming, jumbo-sized Half Street Brewery & Tap Room (1201 Half Street SE) that will sit in between Nationals Park and the closest Metro stop. Andy’s grew out of local frozen pizza brand, Eat Pizza, opening its first counter as part of the lineup in the A Taste of Urbanspace food hall in Tysons Galleria.

Based in Ivy City, Atlas will have a much larger facility on Half Street that is expected to arrive by opening day for the reigning World Series champions . Patrons can opt to dine in or grab a slice at a walk-up window along Half Street. The Nationals begin their season on the road against the New York Mets on Thursday, March 26. Washington’s first home game is Thursday, April 2, against the same opponent.

Along with Altas’s core lineup of ales and lagers, the company will brew a Half Street Hefeweizen at the new location.

One of its most popular orders is a white pizza with mushroom and onion, built with roasted garlic-flavored olive oil, mozzarella, provolone, roasted cremini mushrooms, and caramelized onions. All slices are served on a no-frills paper plate.