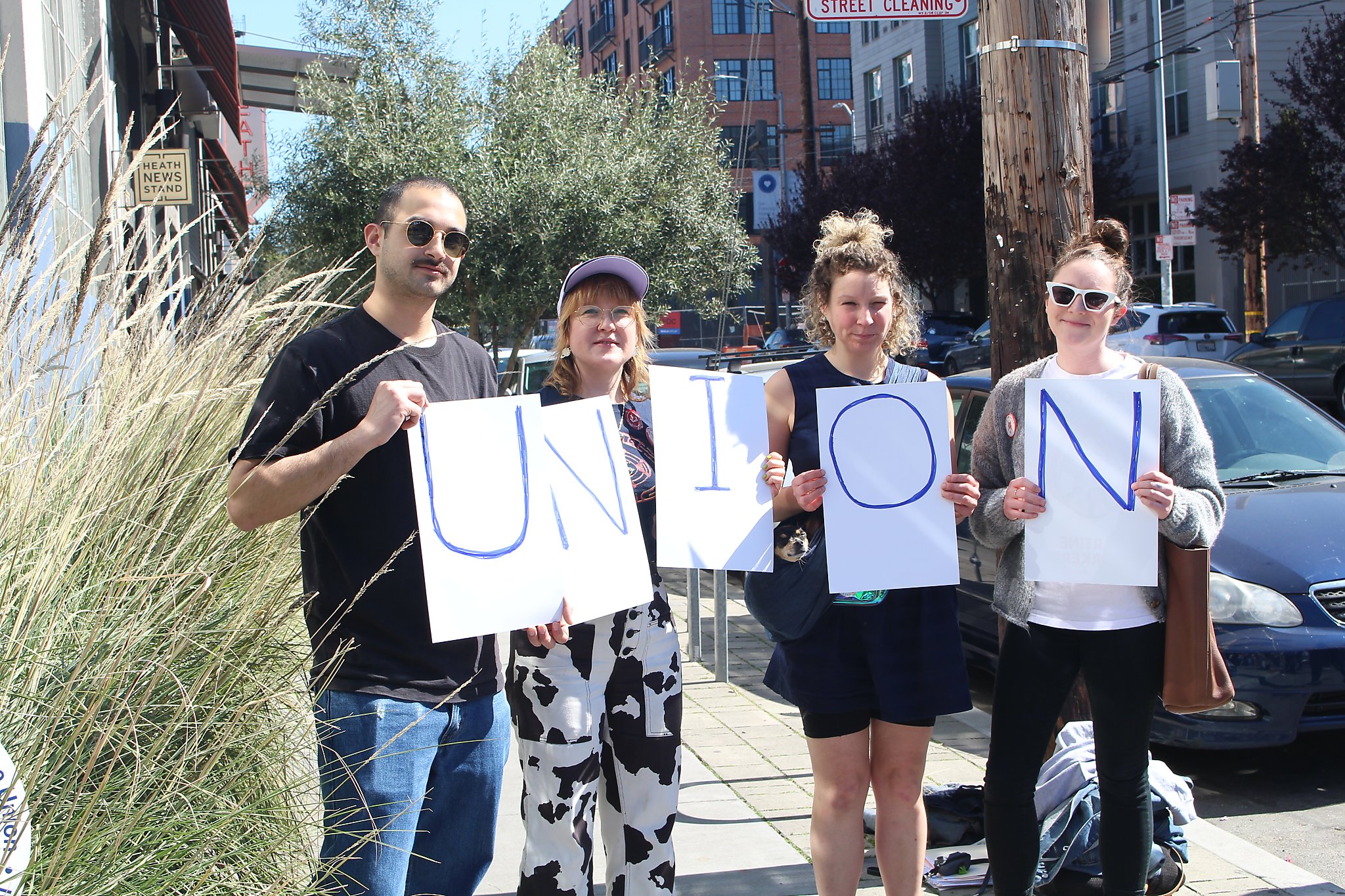 At a rally Tuesday afternoon, Tartine workers, San Francisco politicians and union organizers accused the owners of the famous Mission District bakery of interfering with the workers’ unionizing efforts and called on them to be neutral through the process.

“Hopefully they’re going to support their workers, the people they labor with every day,” said Supervisor Hillary Ronen, who represents District 9, which includes the Mission.

Tartine workers started organizing almost a year ago to join the International Longshore and Warehouse Union (ILWU), the same union that Anchor Brewing workers joined last year. They want better pay and a voice at a company they argue is getting too corporate.

The majority of employees at four Bay Area locations — the original Tartine Bakery and Tartine Manufactory in the Mission, Tartine in the Inner Sunset and Tartine in Berkeley — signed cards stating they support joining the union and submitted a letter to management in February requesting Tartine immediately recognize the effort. Management declined, leading to a formal election that’s scheduled for next week.

Tartine co-founder Elisabeth Prueitt said she’s pro-union in many cases but wants to keep Tartine union-free, in part because she believes Tartine already provides fair wages and strong benefits. Despite Tartine’s recent expansion into markets in Korea and Los Angeles, she said those locations are funded by outside investment and don’t have financial ties to the San Francisco locations, which have yet to turn a profit.

In the weeks between the union announcement and the election, Tartine has scheduled a series of meetings for employees with consultants. Prueitt said the meetings are strictly informative, intended to ensure workers know their legal rights around organizing. But pro-union workers are billing them as what’s known in unions as “captive audience” meetings, gatherings employees are required to attend because they’re during working hours where employers can spread an anti-union message.

The rally on Tuesday was held outside Tartine Manufactory, which was closed to make time for these meetings. On Wednesday, Tartine Bakery on Guerrero Street will be closed for the same reason.

“It’s hard to get everyone together because of the nature of this business, so we decided to close for half a day so we could better address everybody’s concerns,” Prueitt said. “We want to make sure our employees are fully aware of all of the steps.”

Workers don’t approve of the meeting plan. While Tartine pays employees normal salaries during the closure, the wait staff and other front-of-house workers won’t get tips. According to ILWU organizer Agustin Ramirez, Tartine front-of-house staff typically get $10-$15 per hour in tips.

Cruz & Associates’ services — including responding “immediately and effectively to union activity,” according to its now-defunct website — don’t come cheap. Grocery chain New Seasons Market, for example, paid Cruz $325,855 in 2017, while Williams-Sonoma paid Cruz $150,543 in 2016, according to federal records.

Calorie count on restaurant menu cards to be made mandatory by 2022 : FSSAI – BusinessLine

McDonald’s Eat Out to Help Out menu prices revealed – and you can get a Big Mac for £1.60 – The Sun