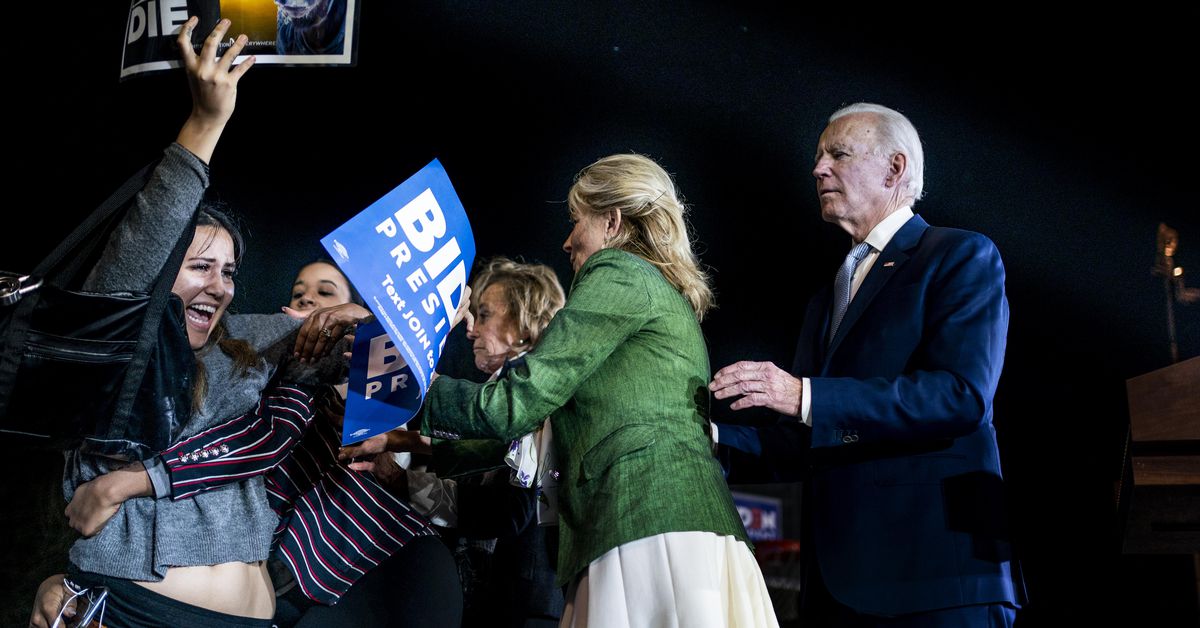 Super Tuesday was undeniably huge for former vice president Joe Biden, who swept up the largest share of delegates among Democratic candidates so far. But it was also a big night for the former second lady, Jill Biden, who became a trending topic after she helped muscle vegan protesters away from her husband as he was delivering his victory speech in Los Angeles.

The two protesters, identified as activists Sarah Segal and Ashley Froud, represent the animal rights group Direct Action Everywhere (DxE), which uses non-violent direct action tactics — including animal rescue from farms, as well as attention-grabbing stunts like this — to combat factory farming. Activists from the organization have previously protested at events held by other politicians, including Bernie Sanders, Elizabeth Warren, and Donald Trump. Segal and Froud targeted Joe Biden on Tuesday because of his legislative support of the dairy industry and big agriculture, according to a DxE press release.

A photo of the tussle between Jill Biden and the second protester, captured by photographer Patrick T. Fallon on assignment for Bloomberg, was widely shared on Tuesday night. Many social media users commented on her technique, joking that she might be a good fit for the NFL.

• All AM Intel Coverage [E]

Mumbai restaurants, bars get ready to open but face manpower and space constraints – The Indian Express