The casino is located about 95 miles northeast of Dallas and is a popular destination for some North Texans.

Over the years, Fieri has brought his Flavortown brand to North Texas — first with spotlights inside at least a dozen Dallas-area restaurants on Diners, Drive-Ins & Dives. In 2015, he opened Guy’s Burger Joint at the concert venue Dos Equis Pavilion in Dallas. (That food stand has since closed.) In 2017, he visited the State Fair of Texas. And in 2018, he opened Guy Fieri’s Taco Joint at Texas Live, an entertainment venue near the homes of the Dallas Cowboys and the Texas Rangers, in Arlington. That restaurant remains open.

Suffice it to say, Fieri’s had a celebrity-sized impact on North Texans.

“I’ve shot Diners, Drive-Ins and Dives in Oklahoma and all over Texas and let me tell you, this part of the country knows good food,” Fieri says in a statement. 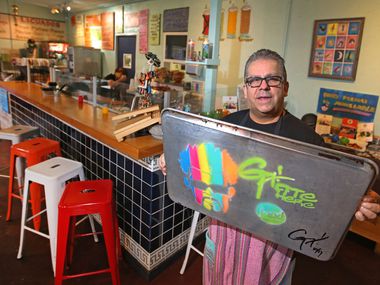 His American Kitchen at Choctaw Casino will seat about 275 people and will serve burgers, tacos, wings and the like.

Guy Fieri’s American Kitchen + Bar closed in New York City’s Times Square at the end of 2017. New York Times critic Pete Wells famously skewered the restaurant in a 2012 review, where all 1,000-some words were phrased as a question. (As in, “What is going on at this new restaurant of yours, really?” Plus many, many other questions.) In 2018, just after its closure, The Washington Post called the restaurant “cartoonish.” It also noted that it was “perhaps the most mocked restaurant in America.”

In a statement, the director of marketing for Choctaw calls Fieri’s coming-soon restaurant “a perfect addition” to the sprawling complex. Choctaw has bowling, arcades, a movie theater and 100,000 square feet of meeting and convention space in addition to the casino and hotel. 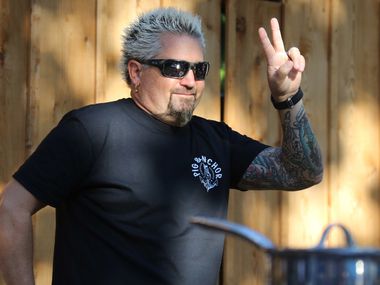 How to Pair Wine and Pizza – Food & Wine