When a group of Fort Worth restaurateurs signed a lease to open a Mexican restaurant called Tinie’s on South Main Street in Fort Worth a few years ago, the district didn’t have the funky “SoMa” name or the identity as a “soul sister to Austin’s SoCo and Dallas’ Bishop Arts.”

“A lot of people thought we were crazy for picking this building,” says restaurateur Sarah Castillo of the 1939 structure that needed some work. “We were the first ones to sign the lease on this block.”

Over the past two years, South Main has become a place to grab a cup of craft coffee or sip locally-brewed beer. And, finally, Castillo and her business partners will add their long-awaited Mexican restaurant to the mix.

We called it one of the most exciting new restaurants expected to open in North Texas in 2019 — but the opening date has now been shifted to March 10, 2020. They’ve endured a few years of construction woes as they renovated an 81-year-old space. 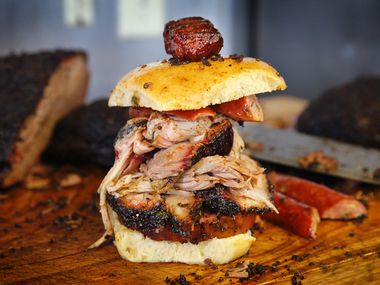 Castillo, who is involved in the Fort Worth and Dallas restaurants Taco Heads, is joined in the effort by Glen Keely, a Fort Worth barman who operates Thompson’s Bookstore and Poag Mahone’s Irish Pub; and Christian Lehrmann, the executive chef who has worked at restaurants in Dallas and Fort Worth such as Brownstone, American Food and Beverage, CBD Provisions, Wheelhouse and more.

The three seem invigorated by the SoMa neighborhood. “It’s turned into this creative hub that’s growing rapidly and has evolved into its own identity. To be part of building that identity is kind of invigorating to me,” Lehrmann says. “It’s gotten a lot of electricity in the past few months.”

The partners traveled to Mexico City to get inspiration for Tinie’s menu. Lehrmann describes the menu as “traditional cooking techniques with Mexican influence.” Dinner downstairs at Tinie’s is expected to be casual and leisurely.

“We don’t want to be turning tables,” Keely says. “The idea is to introduce people to having many different courses, many different flavors.” He designed the cocktails and sourced the wines from Latin America.

Dinner might start with a few small plates like tuna tostadas, street tacos, empanadas or aguachile. Then, the owners hope guests continue to share plates, transitioning into large-format dishes like rotisserie chicken, achiote roasted pork, fish a la plancha and more. Large-format plates will range from $26 to $58 and will feed at least two people.

“One of the things we agreed upon is we really enjoyed eating lots of things on the menu,” Keely says, “so the whole idea is for us to take you on a food and beverage journey.”

The three restaurateurs have established a new restaurant company called Neon Light District and plan to open a bar and Texas tapas spot called Sidesaddle Saloon in Mule Alley — the high-profile construction project in the middle of the Fort Worth Stockyards.

“The goal is to continue to open fun, creative concepts in Fort Worth,” Lehrmann says. 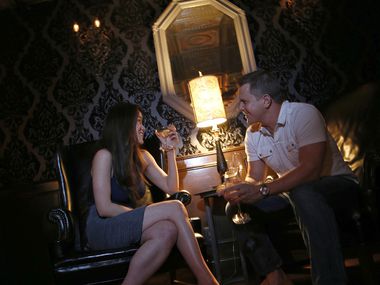 Actually, Everything Is Made Out Of Cake – Refinery29