Editors square off on who’s got the better pizza: New York or Chicago

By Steve Mosco and Christy Hinko

Everyone loves pizza−but not everyone loves each other’s pizza. Long Island Weekly editors Steve Mosco, a pizza purist from New York, and Christy Hinko, whose roots trace back to Chicago, go slice-for-slice in this pizza party showdown. 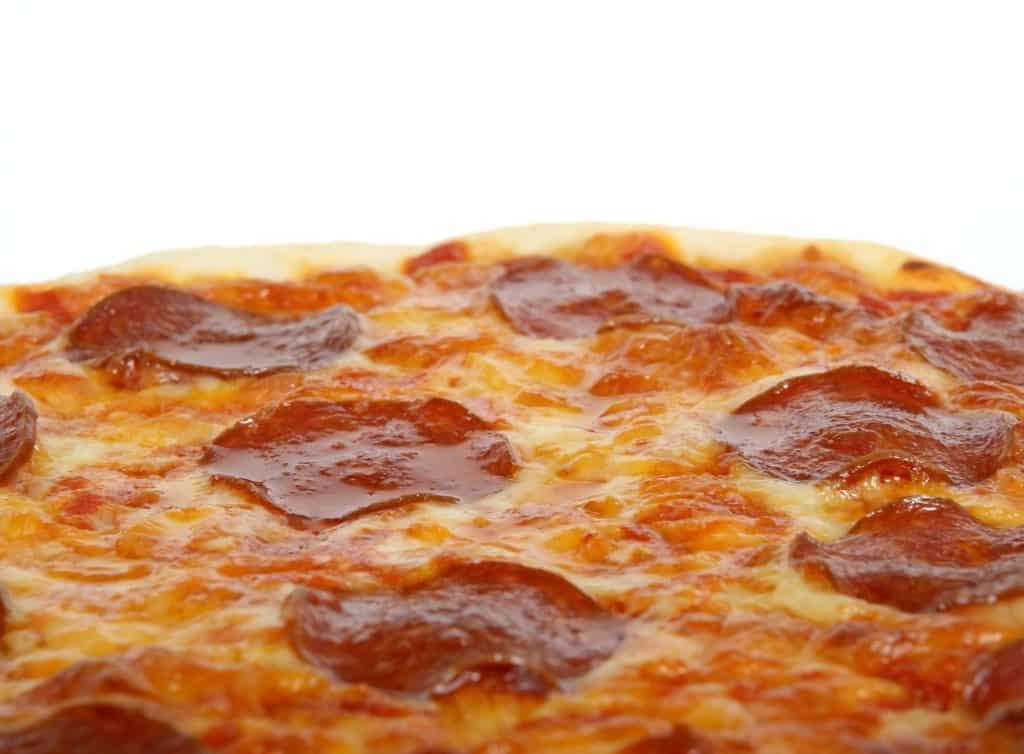 There’s a reason why Chicagoans love their precious Chicago-style pizza. It’s because their bodies require thick bricks of mozzarella cheese in order to survive the Windy City’s freakish sub-zero temperatures.

Honestly, there’s no other reason I can think of why anyone would choose Chicago-style pizza over the one true pizza, the classic New York slice. Chicago-style pizza exists in a culinary off-kilter world between an Italian casserole and tomato stew—a gooey mess reined in only by a nearly three-inch wall of burnt crust that is somehow almost raw at the base of the “pizza.” Each bite is a doughy, soupy mess that’s as embarrassing to eat as it is to claim it as anything other than a Midwest novelty dish.

Then there’s New York pizza. Where Chicago-style pizza is a baseball bat to the side of the face, New York pizza is the gentle embrace of the always reliable love of your life. It’s a constant in the ever-changing landscape of New York itself. The city is an impossibly expensive and utterly infuriating place to live and yet pizza, its signature food, is graciously affordable and universally cherished.

From the thin, crisp crust that’s been imbued with the miraculous elements of New York state’s water, to the sweetly savory sauce and perfectly proportioned melty mozzarella cheese, New York pizza is the foldable, portable lifeblood of the city itself.

Let’s take a moment to recognize the construction of a proper New York pizza. Aside from a few noble variations from local legends (Spumoni Gardens in Brooklyn, consider yourself seen), cheese goes on top of the sauce. And you know what goes on top of the cheese? Toppings! Sausage or pepperoni or whatever are all arranged on top of the pizza, where they were meant to be displayed.

Chicago, you are supposedly so proud of your sausage—why then have you chosen to forsake and suffocate it under a mound of cheese and a pool of tepid sauce? Shameful.
New Yorkers take pride in their pizza. After all, everyone’s favorite late-night food got its start in this country right here in 1905, when Gennuardo Lombardi opened the first American pizza shop on Spring Street. Since then, enterprising pizza artists have taken the original and made it their own—sometimes with a delicious sense of reverence like in New Haven, CT, and sometimes with a perverse absurdism like in Chicago.

As citizens of New York, we know our pizza is the absolute best; that’s why there are so many pizzerias all over every borough and across Long Island. Chicago, on the other hand, must constantly defend its hot abomination because deep down it knows its deep-dish crime against humanity is anything but pizza. Why do you think it’s called Chicago-style pizza where New York’s version is just called pizza? The “style” qualifier signifies that what you’re eating is a twisted take on actual pizza.

The next time you ask yourself, “Is Chicago-style pizza actually pizza?” try to imagine picking up a hunk of floppy, saucy, cheesy lasagna and eating it with your hands. Now, rid yourself of that disconcerting image and grab a real slice of New York pizza.

OK, OK, you can have the title for bagels and cheesecake, but hot dogs and pizza, especially…we keep. Maybe water is the secret to good bagels, but it’s not doing anything for the taste of New York pizza, which is like gnawing at cardboard mostly.

True story. I moved to New York in 2001. When my parents first came to visit, of course their first request for a night-of-arrival, quick dinner was pizza. I pleaded with them, “Pick anything else. I will not serve New York pizza to people who know what pizza is supposed to taste like.” We settled for White Castle (which are prepared wrong in New York too, but that’s a whole separate food feature by itself). In 19 years, I think I have allowed them to eat New York pizza twice during their annual visits and it was because we were desperate.

So, let’s talk about DA Chicago Deep Dish. Yes, it’s delicious. Yes, you need a fork and knife to eat it. Yes, it is real pizza, albeit closer to the category of pie. That’s our pizza showpiece, a real culinary delight when the waitress brings that piping pan to the table and saws through layer after layer of cheese and sausage and peppers and whatever else you can imagine adding to your pie delight. She drops that pie-cut piece of heaven onto your plate and you say, “Whoa!”

So you say to yourself, “Then Christy, what do real Chicagoans eat for pizza?” I’ll tell yous.

It’s a thin crust, similar to what you know as pizza. It’s a big ol’ circular pizza, never served as a single slice because it’s so good, you want the whole pizza. It’s a round pizza, cut into squares. That’s right, into squares. And if you understand the anatomy of the Chicago square-cut pizza, you know that it produces four triangle-cut corners which are coveted choices for the first bites into the pizza. The square-cut pizza has something for everyone: crust and crustless pieces, both equally good. The crust pieces help you hold onto and savor the flavorful toppings layered over tomato-y goodness. The crustless…that’s for true pizza warriors. No steering, no safety net…you just take your chances and trust your eating talents and enjoy getting a little of the good stuff dripping down your hand and wrist.

I notice three glaring differences between Chicago and New York pizza. Let’s talk cheese. I never remember ever having to ask for extra cheese in Chicago; I don’t even think “extra cheese” is a thing in Chicago because every inch of surface is already adequately covered with cheese. If I can still see crust, you haven’t done your job, New York cheese-putter-onner. And frankly, that happens way too often. Help your tasteless crust; stop skimping on the cheese.

Two, the Italian sausage. The first time I ordered sausage on my New York pizza, I stared at it for a while and then took it back up to the counter to ask, “What’s this bland, sliced thing across my pizza? I asked for sausage.” When you bite into uncased, bite-sized, crumbled Italian sausage on a Chicago pizza, you know it. The flavor pops with oregano and fennel, as it should.

Lastly, the secret is in the sauce. Chicago pizza sauce is sweetened to make that tomato flavor burst in your mouth. Its flavor is as important as any of the toppings and not just something smeared across to make the crust easier to choke down.

In order to maintain good friendships with a couple of professional pizza makers, I’ll reserve sharing which restaurants around the area do serve tolerable pizza and my go-to choices if pizza is really the only option.