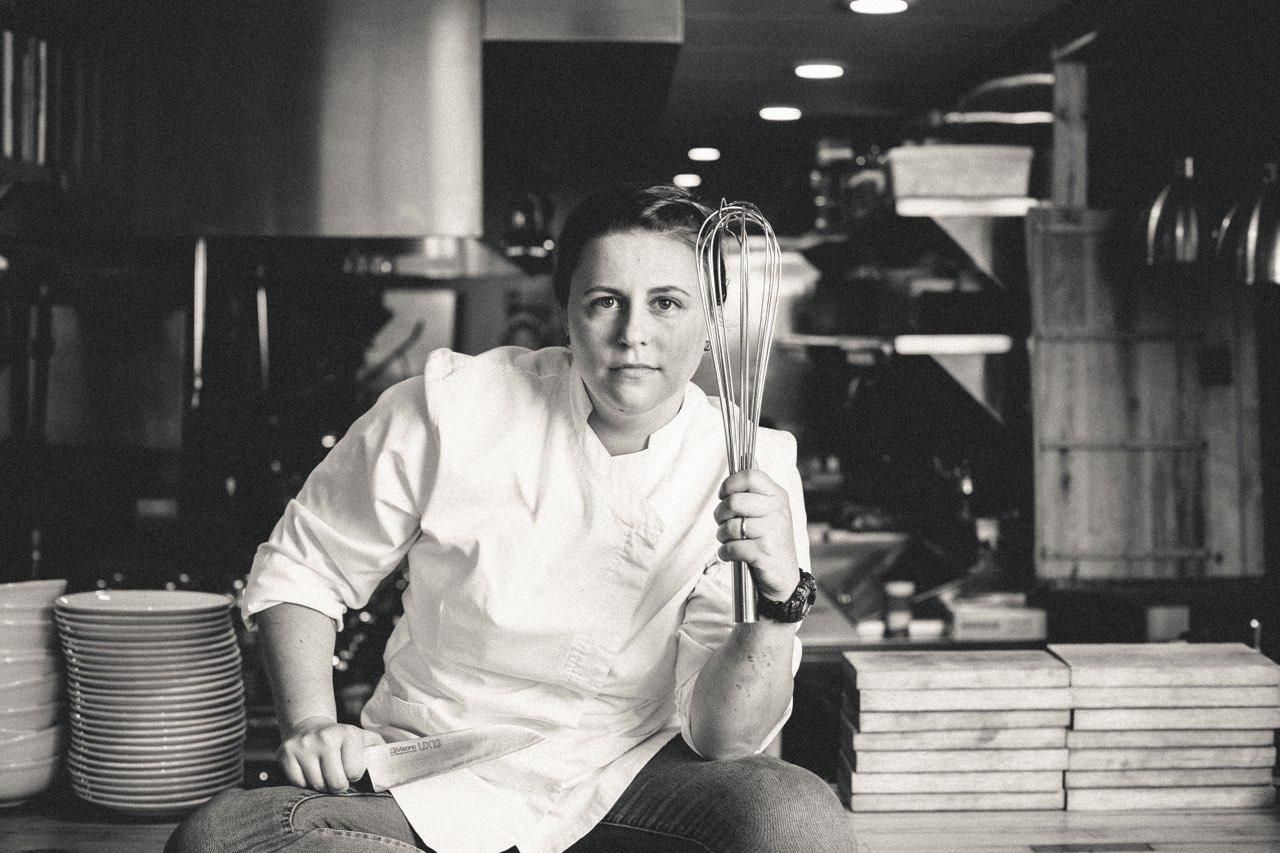 Upstate New York Chef Michele Hunter turned frog-eye salad into a prince of a dish and was crowned champion on the latest episode of Food Network’s “Chopped.”

Hunter, Executive Chef at Hamlet & Ghost in Saratoga Springs, attended the watch party at the restaurant to watch the pre-recorded episode which premiered on live TV on March 3.

“The response to the watch party was incredible. It was a packed house. I was surrounded by love and support and it was an amazing feeling,” she said.

Guests from the restaurants along with Hunter’s family and friends filled the room to watch her compete alongside three other chefs to prepare a spectacular three-course meal consisting of an appetizer, entree and dessert. To raise the bar, “Chopped” requires they must use unusual mystery ingredients and they have a limited amount of time cook each course.

The baskets of mystery ingredients on Hunter’s episode included vegan pork, pecan kringle, spaghetti sushi, moringa powder, an ambrosia-like dish called frog-eye salad, a Negroni, among others. With each course, chefs were chopped from the competition, but Hunter made it to the final dessert round and won the grand prize of $10,000.

“The prize money is stashed away in hopes to open a bakery, but unfortunately it takes much more than $10,000,” she said.

Hunter described the experience as challenging, but exciting and enjoyable. As for the possibility of seeing her on the Food Network in the future, she said, “The experience on “Chopped” was very stressful and I put a lot of pressure on myself. I wasn’t originally interested in any more shows, but my feelings may have changed after seeing the overwhelming support from the community.”

Brendan Dillon, owner of Hamlet & Ghost, told The Daily Gazette, “We are so proud of Michele. She is such a talented chef and we are so grateful to have her at our restaurant” he said. “If you haven’t been here, definitely come out and try some dishes because you won’t be disappointed with Michele’s work.”

If you want to catch Hunter’s “Chopped” episode online, you can watch on Amazon Prime, YouTube, or iTunes.

Saratoga Springs in a day: 10 fun things to do on a trip to this Upstate NY city