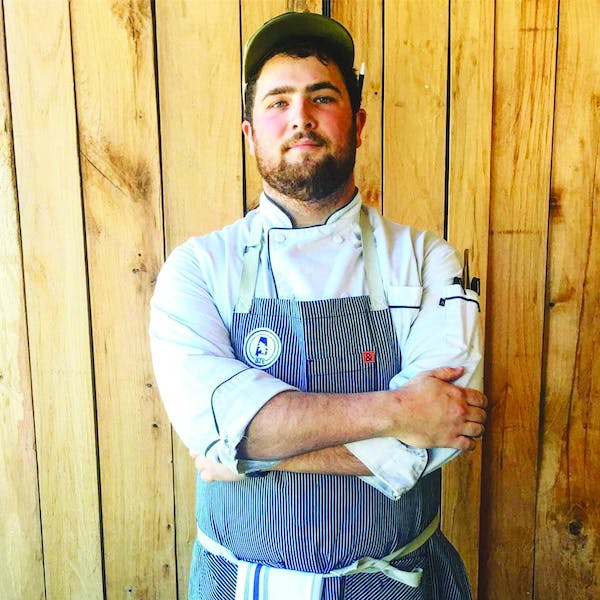 At the age of 14, Jeffrey Compton realized he wanted to work with food. Now as an adult, Compton is gearing up to compete on the Food Network for the chance to be the head chef of a $10 million restaurant on the Las Vegas strip.

Compton, chef de cuisine at Acre, was selected as one of eight chefs to compete on the Vegas Chef Prizefight, a series that will premiere on the Food Network on March 5.

He is now the second chef from Acre to compete on the Food Network following head chef David Bancroft’s appearance on the Iron Chef Showdown in 2018.

Compton’s first job was working part time at McAlister’s Deli, where he worked the front of the house.

However, Compton said he admired the back of the house, and it wasn’t long before he was moved and began cooking.

Originally from Destin, Florida, Compton attended Auburn University, majoring in accounting. He dropped out of school during his third year and began to focus solely on cooking.

“I realized that I loved cooking, and I wouldn’t be able to stand sitting behind a desk all day,” Compton said. “There is something about the organized chaos of a kitchen and crazy chaotic days. It’s almost addictive.”

Get The Plainsman straight to your inbox.

He originally started at Acre as a saute chef, and it was not long after was promoted to sous chef. He was then promoted to his current position of chef de cuisine.

Working under Bancroft has been one of his favorite experiences, Compton said.

“David has taught me all sorts of stuff, not only food-wise but how to treat people professionally,” he said. “We train each other and hold everyone accountable for their actions.”

“Between Southern Living and Garden and Gun, I like to believe I hold some clout with that,” Compton said.

As for his experience competing on the Food Network, Compton said that he was approached to compete on the Vegas Chef Prizefight by someone who thought he would be a great competitor.

“I’m nervous, but excited to go [to Vegas] and show off my skills,” he said. “I’m excited to go and cook with the culture of Alabama in my mind. It’s an honor to get to go and show Alabama’s culture, and I’m my best self when I’m in the kitchen.”

Do you like this story? The Plainsman doesn’t accept money from tuition or student fees, and we don’t charge a subscription fee. But you can donate to support The Plainsman.

Recipe: These vegetarian recipes are perfect for meat-free Monday – Newshub