The terms of the Jalisco Norte sale were not disclosed.

Karns says he was interested in Jalisco Norte because “it’s a local favorite in the neighborhood.”

“We love it — and we are a guest and an admirer of the brand,” he says.

They have “no immediate plans” to expand Jalisco Norte beyond its one restaurant in Dallas right now.

Executive chef José Meza will remain at Jalisco Norte, Karns says. Meza has lived all over the world, from Spain to Mexico to Denmark to Texas, and has been with the restaurant since it opened in late 2017. Some of his dishes include chicken mole, carnitas tacos, chicken enchiladas with poblano pepper sauce, and huitlacoche quesadillas.

“We wanted to kind of dismantle the idea of a big corporation and make sure that we were always focused on being the local favorite,” Karns says.

And although Local Favorite’s restaurants are mostly in Texas, Karns says they have plans to grow outside of the Lone Star State.

Among all the restaurants Karns operates, the El Fenix brand has been most in the news lately. The Dallas Morning News reported on March 5 that the El Fenix in Oak Cliff is under contract but had not yet been sold. If or when that happens, a San Antonio developer plans to build an eight-story apartment complex on that site, located on East Colorado Boulevard near Methodist Dallas. 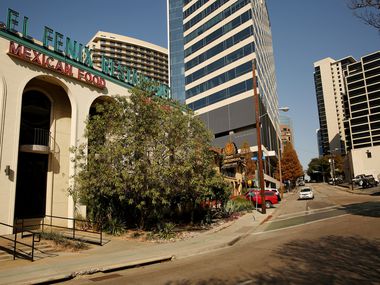