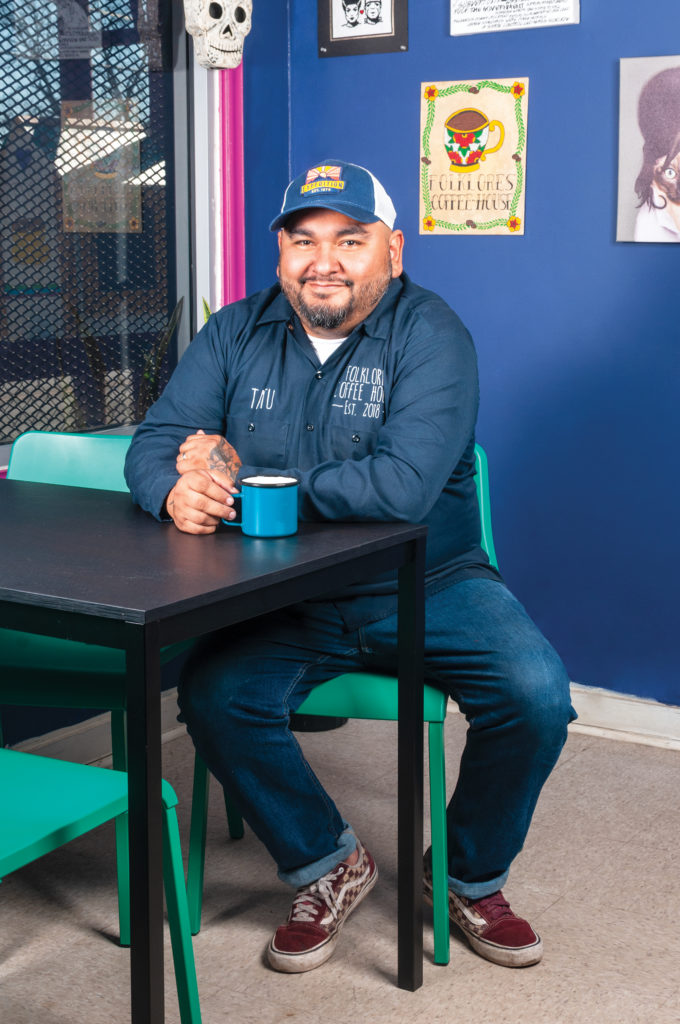 If you’d asked Tatu Herrera five years ago what he’d be doing in 2020, running coffee shops would not have crossed his mind. The South San Antonio native and Culinary Institute of America San Antonio grad was the chef de cuisine at a local Hyatt then and had the goal of opening his own restaurant.

After he and his wife Emily backpacked through Europe, though, they realized it was a coffee shop, not a restaurant, that their South Side neighborhood lacked. “All the coffee shops over there were real homey and had this neighborhood vibe,” he says. “We didn’t have that here. The closest place, other than Starbucks, was at Pearl.”

So, in 2018 they launched Folklores Coffee House on South Flores Street. It recently expanded to a second location on the East Side.

Herrera still works as a chef through private catering and by participating in things like the April 16 Taste of the Republic Fiesta event. He also hosts a market at the South Side Folklores each fourth Saturday so younger chefs and vendors have a place to pop-up and introduce themselves.

To fall in love with coffee the way he had with cooking as a kid, Herrera says he looked at their menu like a restaurant menu, creating lattes with housemade cereal milk, brûléed bananas and homemade vanilla syrup. KSAT also features him regularly in online cooking videos where he teaches locals how to master dishes at home with everyday ingredients.

And while his shop has become a hot spot for coffee, Herrera says he’s more proud that it’s also become a community hub and a place people know they can turn to for support. Along with volunteering in the neighborhood, Herrera also speaks to youth whenever he can. “I grew up in a gang on the West Side. That was my story. I grew up in the 1990s when people were getting killed all the time. I am that story of survival,” he says. “I want kids to know that we all make mistakes but you can achieve anything you want.”

Read about more Best of the City 2020 winners here.