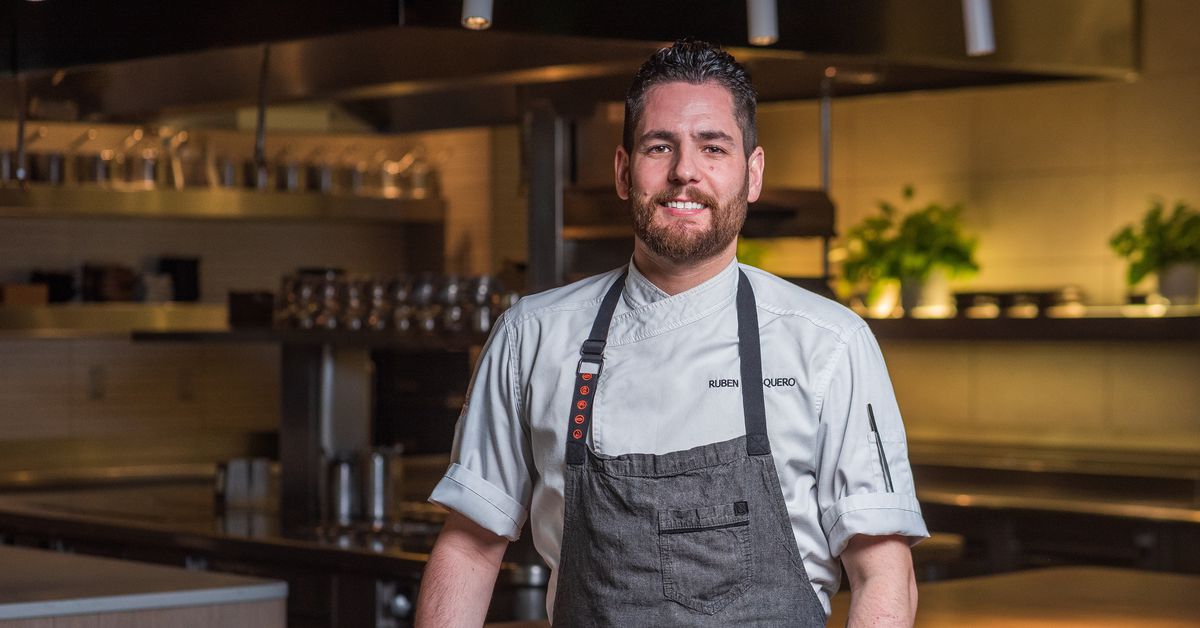 An exclusive crowd that’s willing to shell out nearly $300 per person for modernist tasting menus at minibar by José Andrés is now in the hands of a new head chef. Rubén Mosquero has accepted the job, Washingtonian reports, taking charge of show-stopping meals of more than 20 courses at one of only two restaurants in D.C. with two Michelin stars.

Mosquero has been part of the complicated hierarchy at minibar since the summer of 2018, when he came aboard as the head of culinary development on the restaurant’s research and development team. According to an announcement, he’s responsible for inventing dishes like squab chawanmushi and sunchokes two ways with Vesterhavst cheese. Like his famous boss, Mosquero hails from Spain. He worked for five years at world-renowned Noma in Denmark and has spent time at other top-flight kitchens in Copenhagen (Geranium) and the Spanish Basque country (Azurmendi).

The change for Mosquero follows the departure of chef Jorge Hernández, who led minibar to a No. 1 ranking on Washingtonian’s top 100 restaurants last year. Minibar fell to No. 16 on the latest list but maintained its two-star rating from Michelin. Pineapple and Pearls is the only other two-star place in town.

Hernández moved back to his hometown of San Antonio to take a new job as culinary director of a restaurant group in charge of a new hotel spot opening in the Riverwalk district.

ThinkFoodGroup has recently lost former minibar general manager Jhonatan Cano to Bresca and company-wide creative director Ruben Garcia to a project that’s yet to be announced. Andrés tells Washingtonian that there’s “no drama” behind the changes, and turnover is natural at minibar because it’s “a very intense place.”

Watch | COVID Is the Final Nail in the Coffin for Restaurant Industry: Celebrity Chef Ritu Dalmia – The Wire