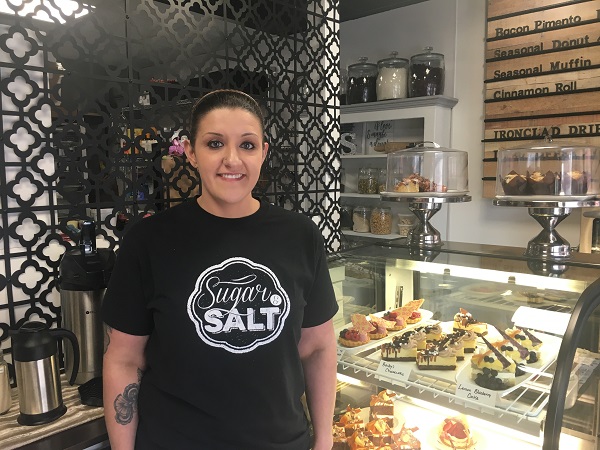 Sara Ayyash is the owner of bakery Sugar & Salt. She is formerly executive pastry chef at the Jefferson Hotel. (Photos by Jack Jacobs)

A local baker has turned a custom cake side gig into a full-time job with a new bakery in Jackson Ward.

Ayyash spent the previous decade as the executive pastry chef at the Jefferson and was ready to do something different. So she decided to jump deeper into Sugar & Salt, which she had run part time since 2014, by opening a storefront.

“It was time to take a step back from the hotel and open my own place,” she said. 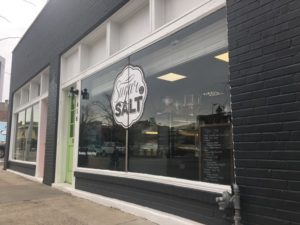 Sugar & Salt recently opened to the public at the bakery’s location in Jackson Ward.

Ayyash has leased the 700-square-foot space since 2017, but it was strictly a kitchen space with no retail operations. Now, she’s incorporated a small cafe and storefront area where she sells her baked goods.

“It was a great deal and since I live in the city, I wanted to be a part of the revitalization of Jackson Ward,” she said.

The move allowed her to branch out from cakes and sell a larger variety of sweets in a more public way. Sugar & Salt offers pastries and petit fours in addition to custom cakes and wedding cakes. The bakery serves Richmond, as well as Henrico, Chesterfield and Hanover counties.

Ayyash said she produces six to 10 custom cakes a week along with other desserts.

Currently the only employee, Ayyash hopes to add two or three full-time staffers in the near future.