Here’s the most effortless cake you can imagine. Pancho has a rustic, homemade feature that delights almost everyone.

Mass production of Pancho cake only started in early 2000, and it quickly became a confectionary hit in Russia. Created and produced by the Moscow baking company, Fili-Baker, it keeps the original recipe a secret. They say it is based on popular cake recipes from Russian grandmas and mothers, combining their best culinary ideas.

Pancho cake consists of delicate chocolate and vanilla sponges that are held together with a very light cream. As you have probably already learned, Russians and sour cream are inseparable, thus, both sponges and cream have sour cream in their recipe. The way that this cake is assembled is unique (read our instructions below), making the sponge light and moist in texture. And the tiny pieces of pineapple give it that special zing. 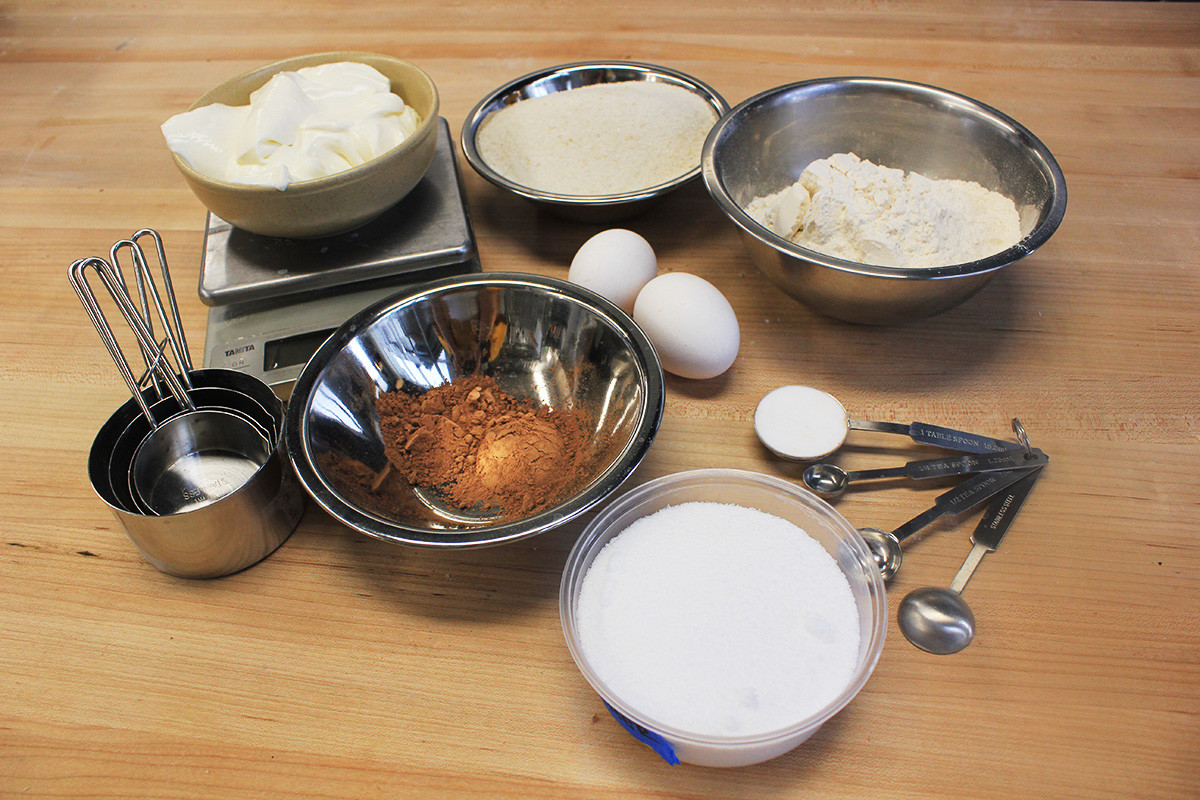 1. Heat your oven to 170C. Prepare the baking molds by spraying them with some cooking oil.

2. In a bowl mix together sour cream, eggs and sugar. Whisk it with a mixer on medium speed for about 5 minutes. 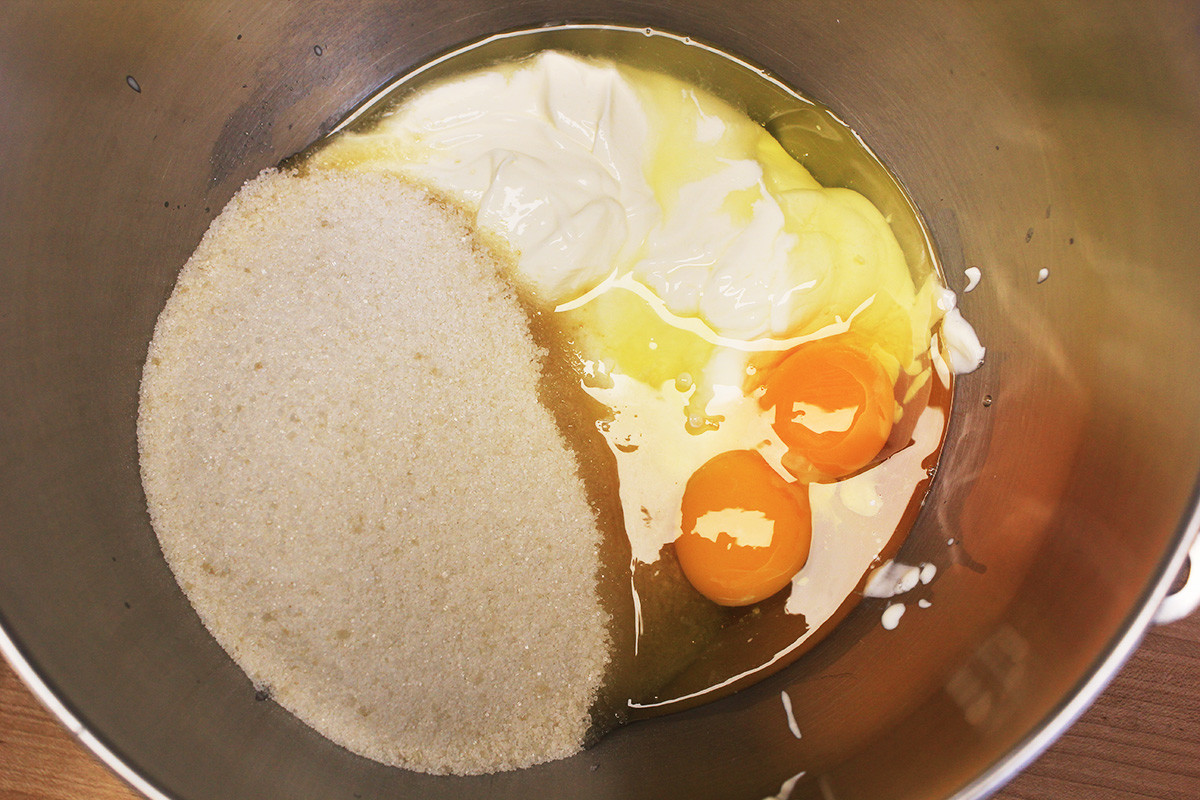 3. In a separate bowl combine flour, baking soda and salt. 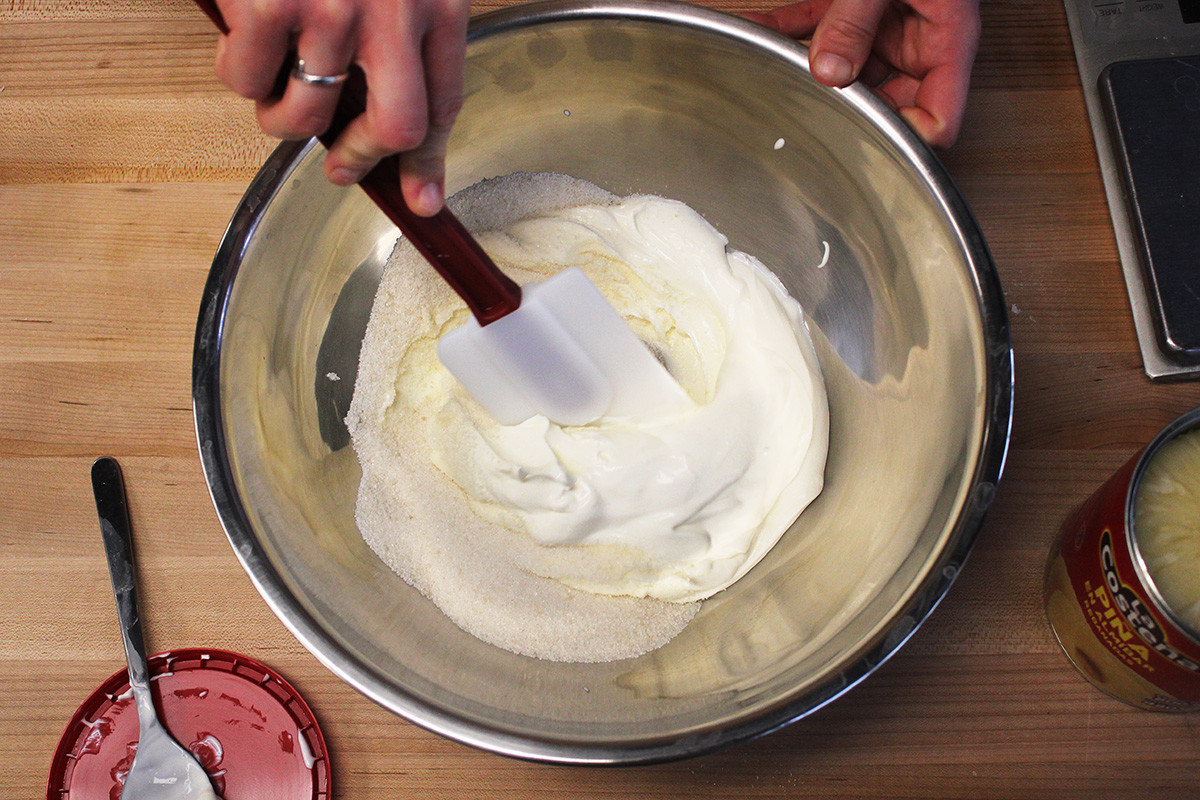 4. Once the sour cream mixture is fluffy, carefully incorporate the dry mixture  with a whisk. 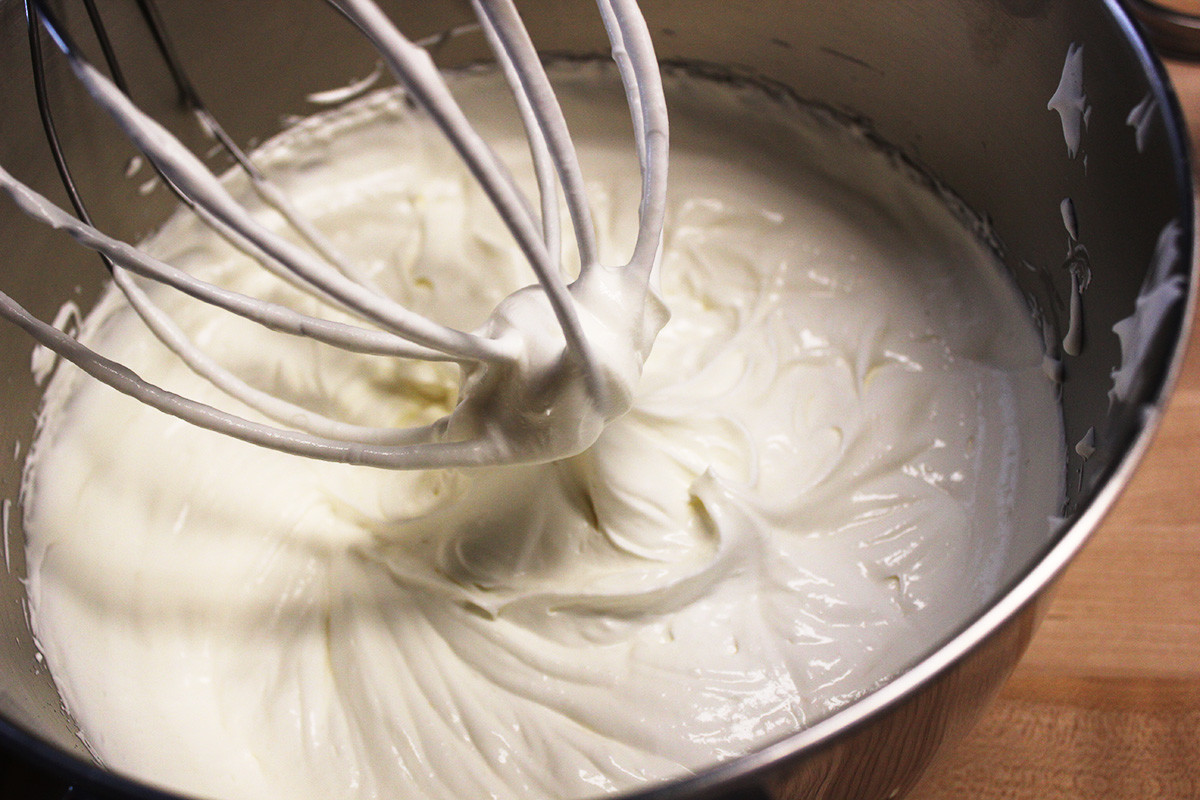 5. Separate your batter into 2 equal parts and mix the cocoa powder into one.

6. Transfer the batter to the molds and bake for about 40 minutes or until a toothpick comes out clean. 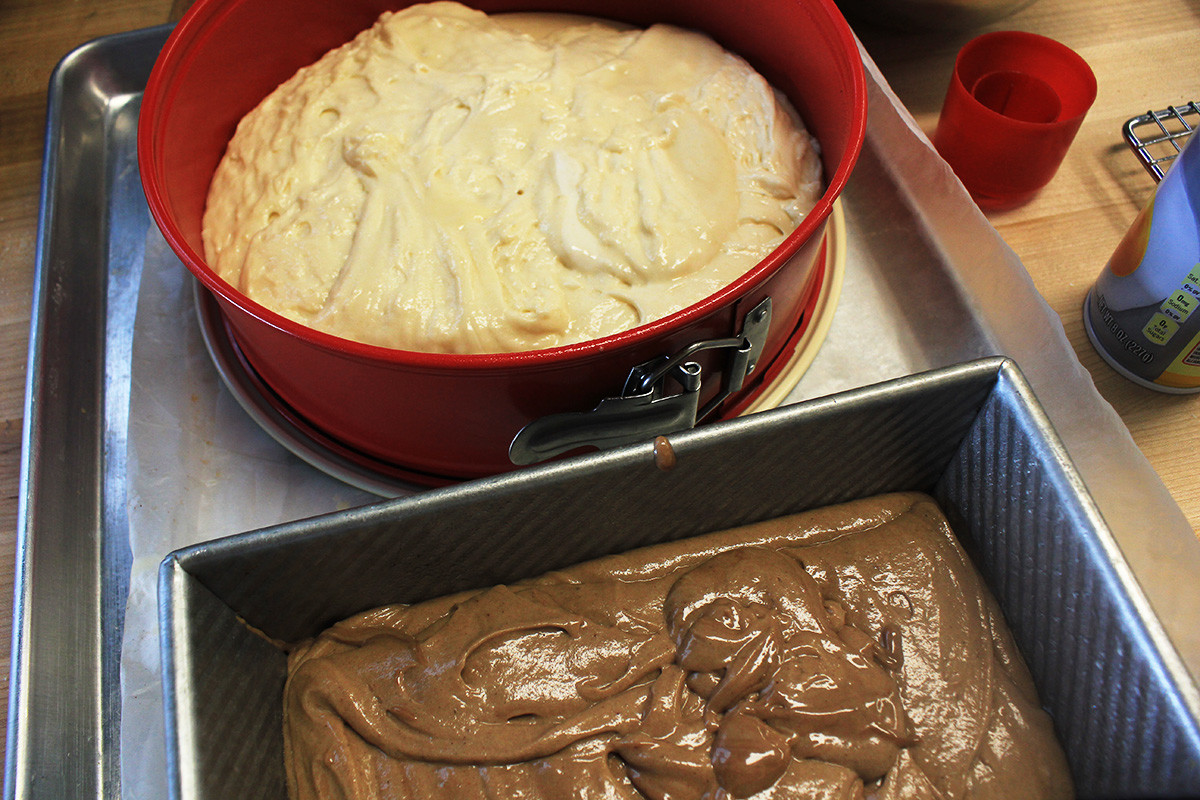 7. Chill before removing from the molds. 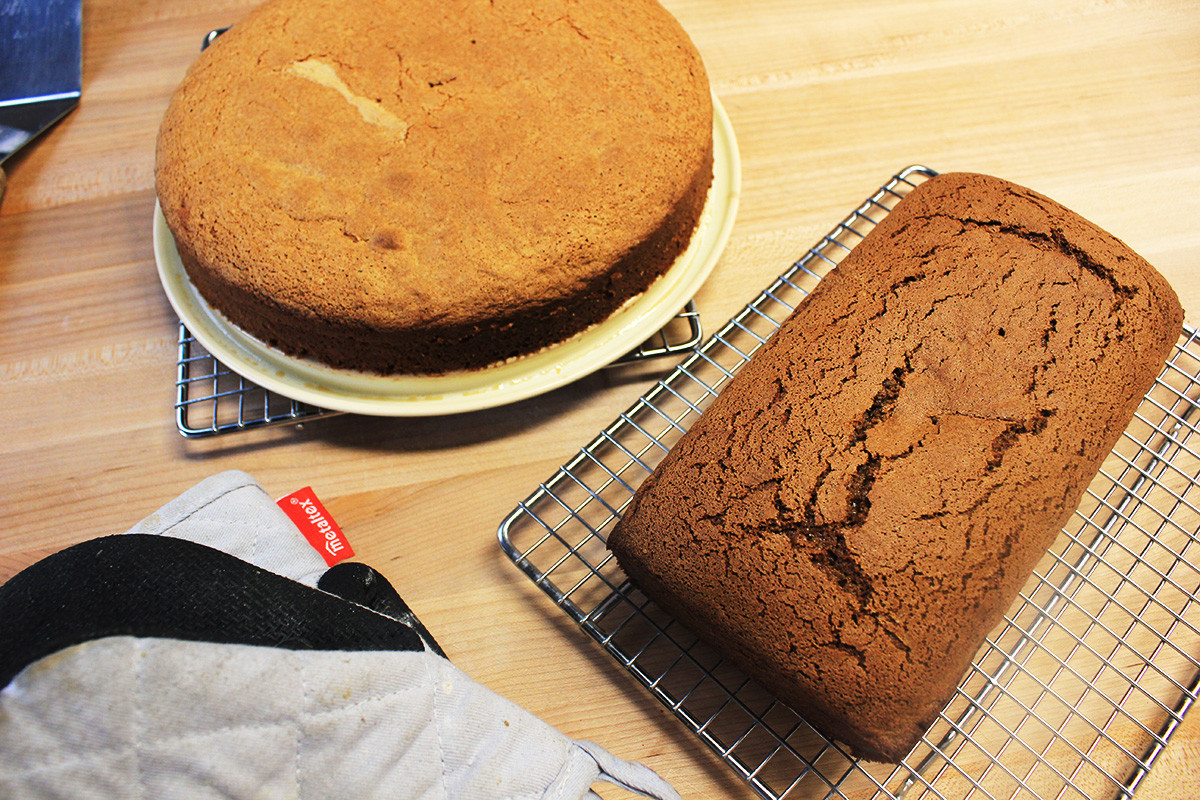 Ingredients for the cream:

1. In a bowl whisk your cold whipped cream until soft peaks appear. Add the sour cream with sugar, and continue whisking for 1-2 minutes.

2. Take a small part of the cream and add the melted chocolate to it. That will be your glaze.

1. Chop your pineapples into small cubes. Save the juice. 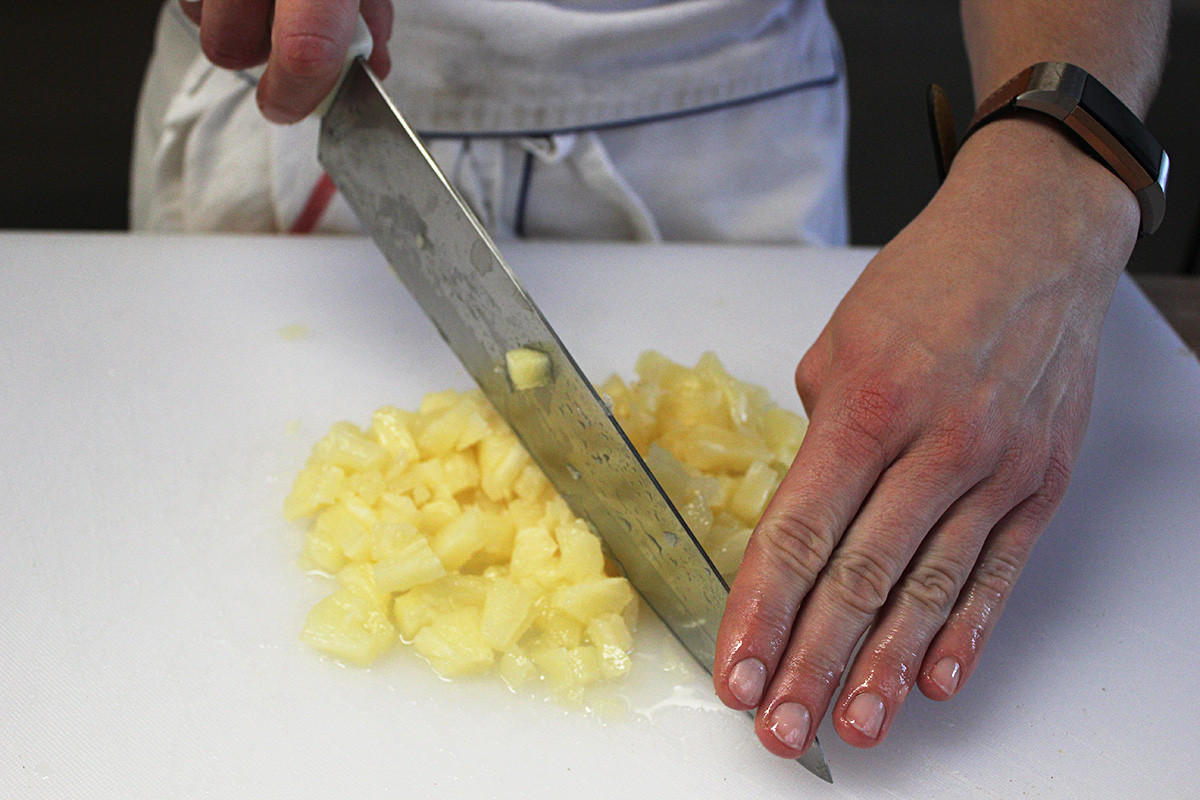 2. Cut the vanilla sponge into two layers. Place the bottom layer on your assembly plate. Cut the other layer into 1 inch cubes. 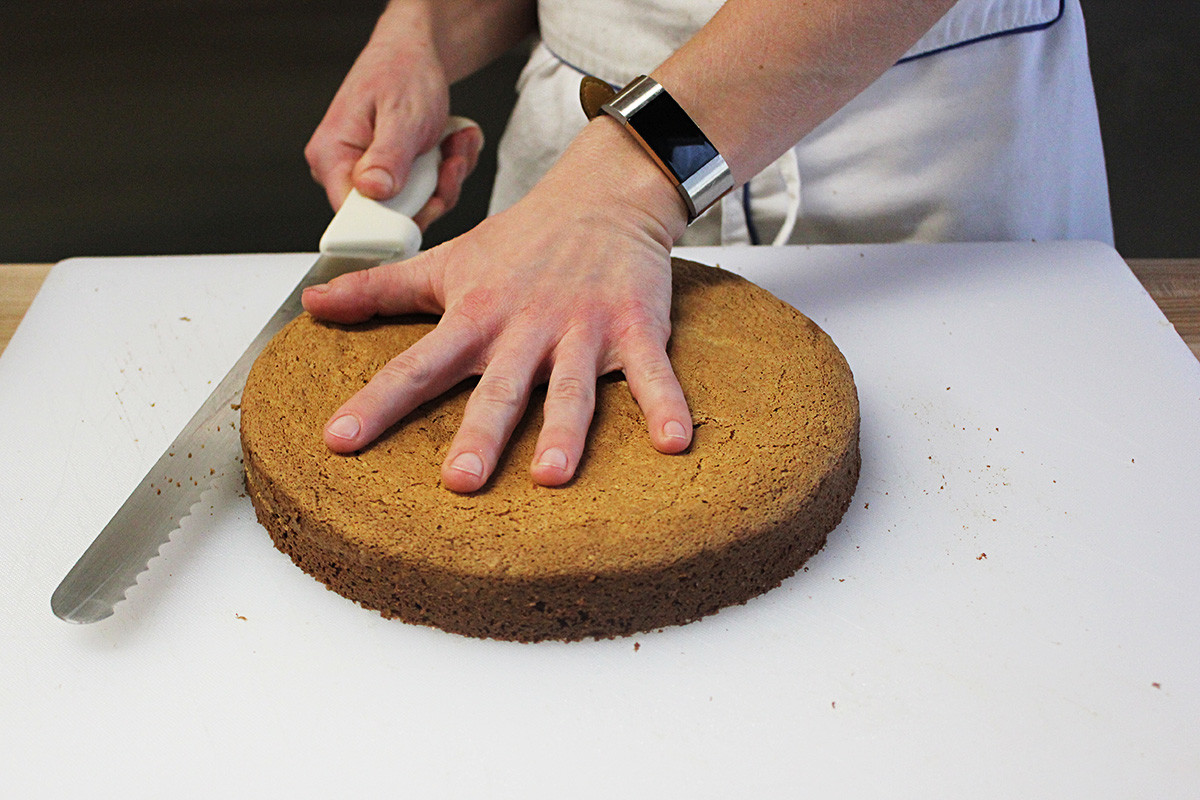 3. Cut the chocolate sponge into 1 inch cubes as well. The cubes don’t have to be uniform; it is easier to assemble the cake if they are not. 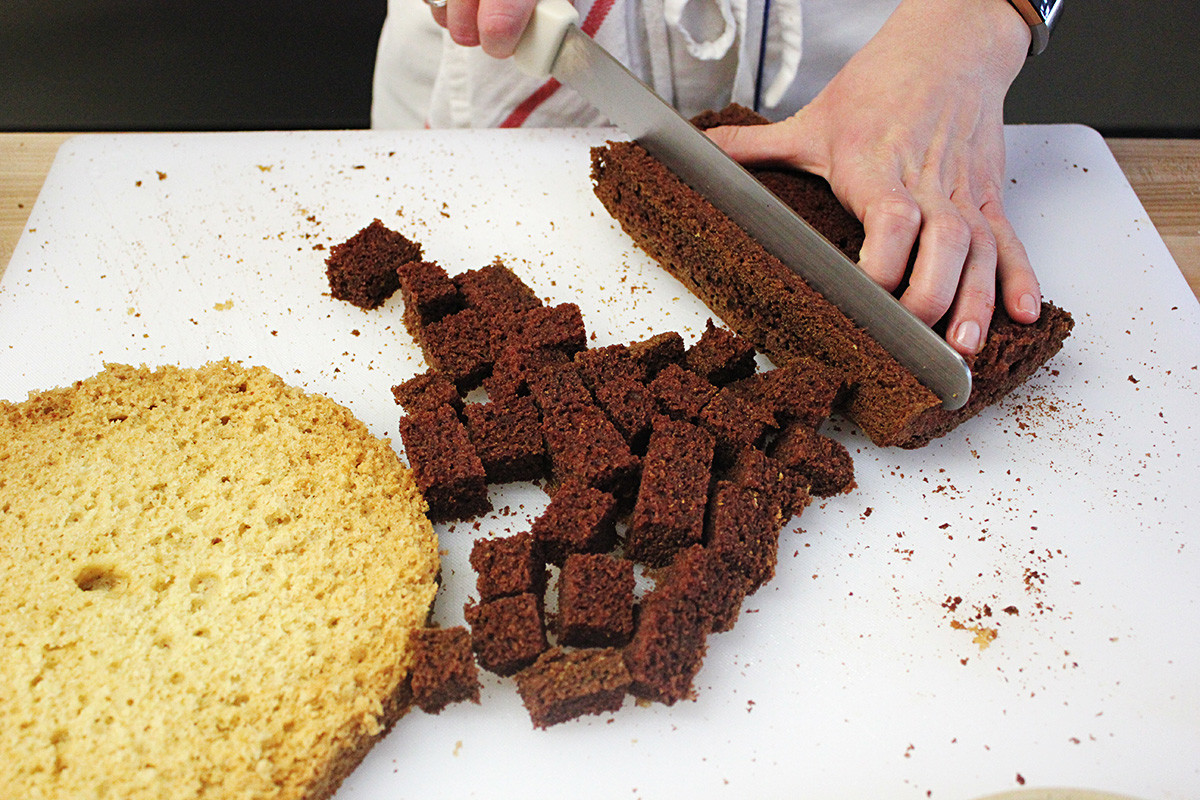 4. Use the pineapple juice to imbibe the bottom vanilla layer. Spread about 3 full tablespoons of cream on the top of the bottom sponge. Sprinkle some cubed pineapples on top. 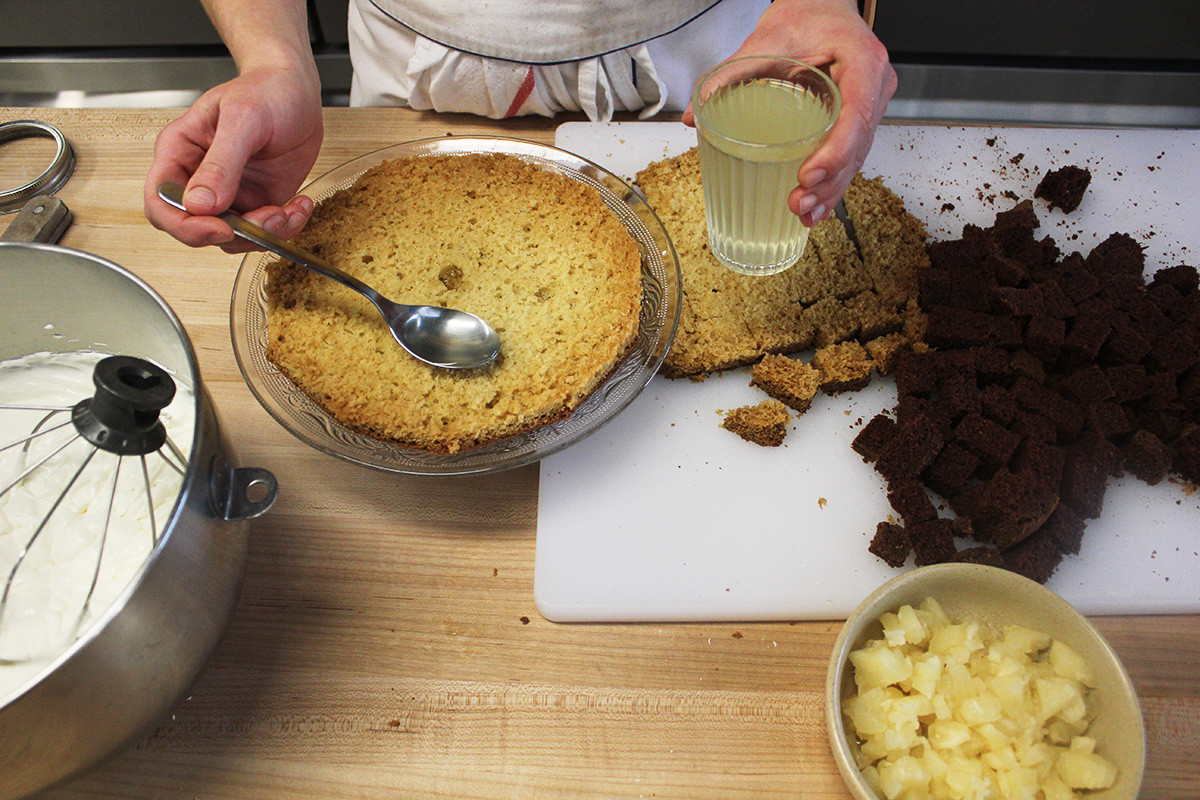 5. With your hand, alternating between the vanilla and chocolate sponge, cover your cubed pieces with cream and place them on the bottom layer. 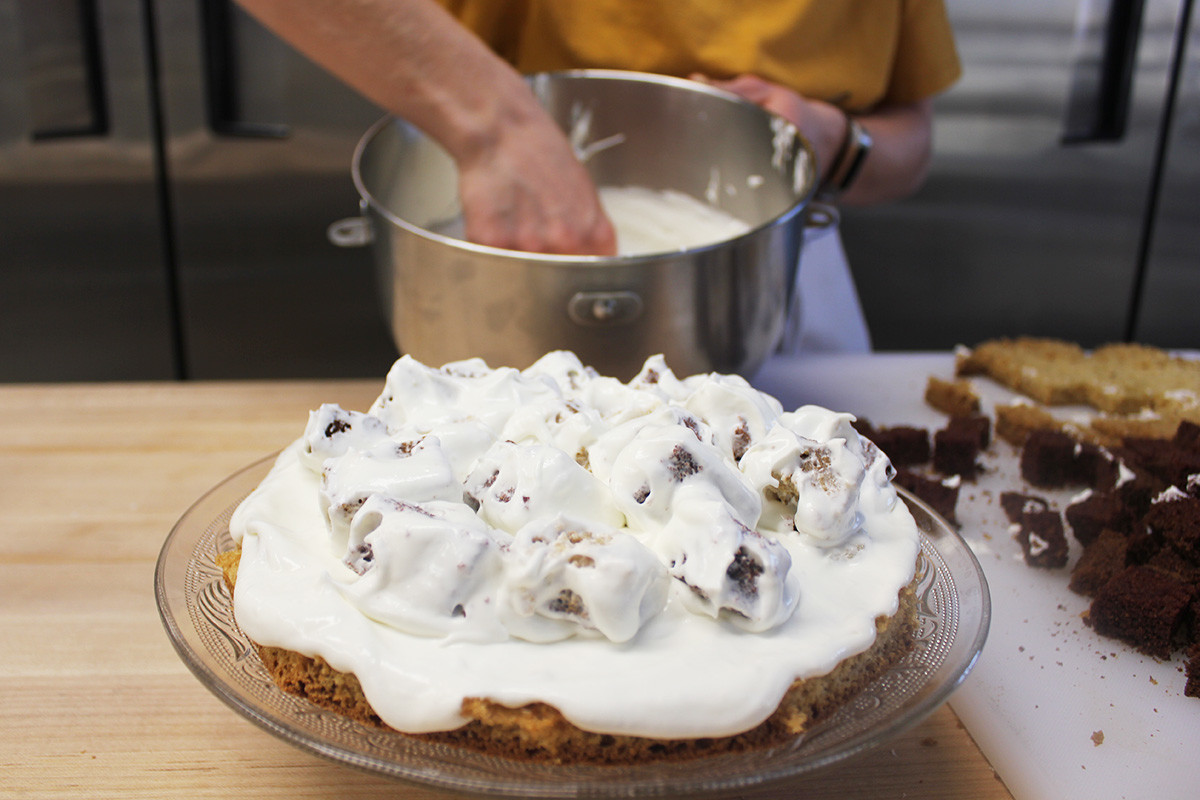 6. Then sprinkle a little more pineapple and repeat the step until your cake looks like a pyramid. 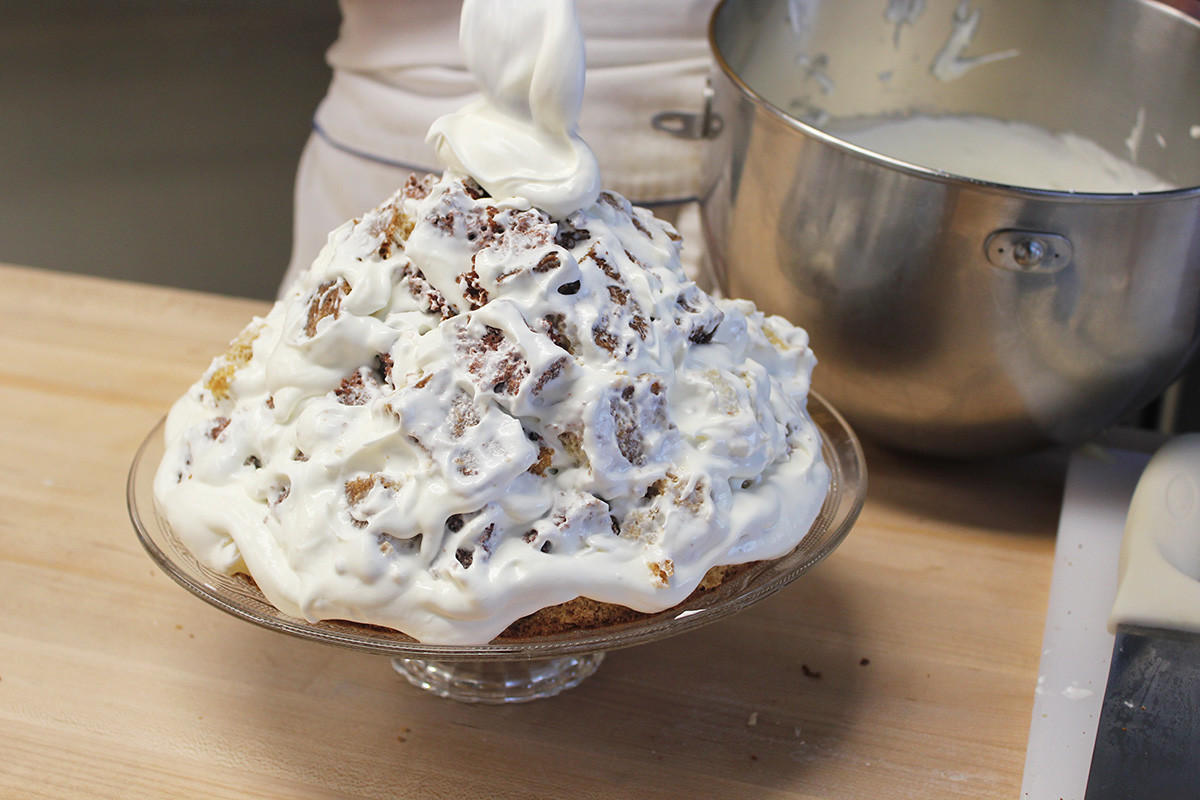 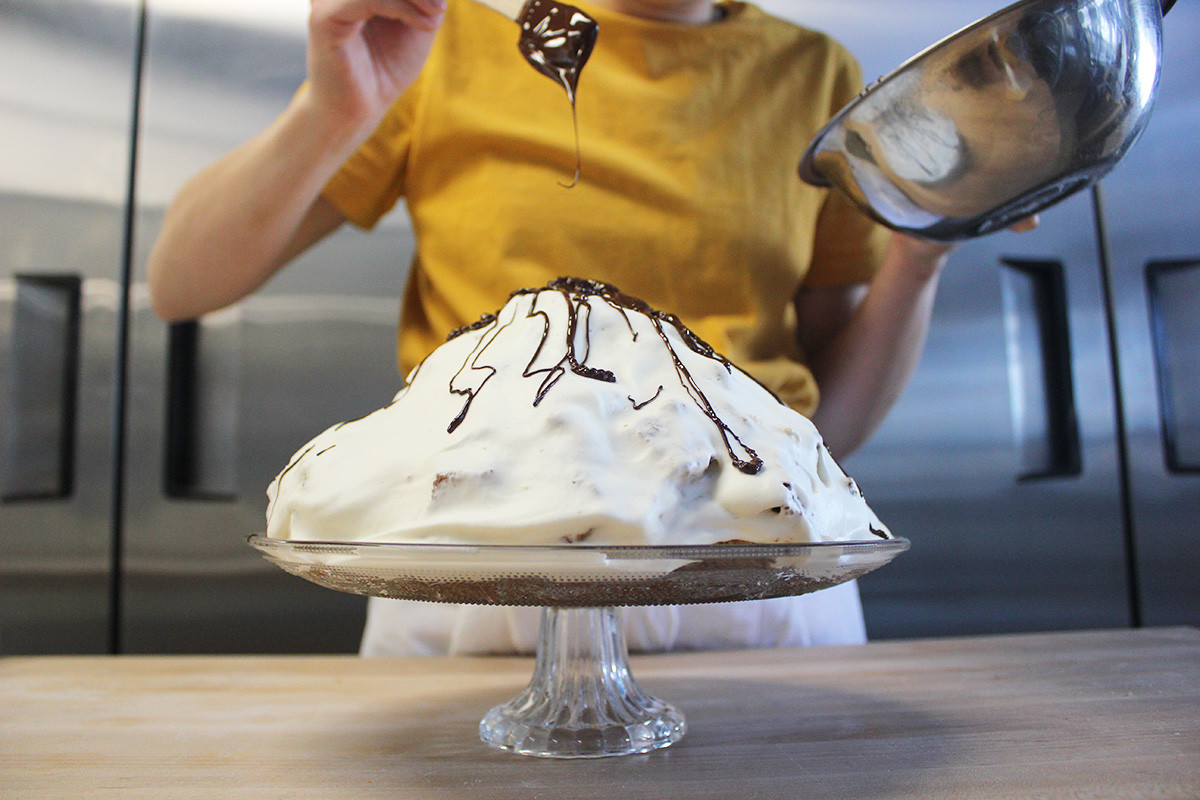 8. Let your cake set in the fridge for at least 2 hours. 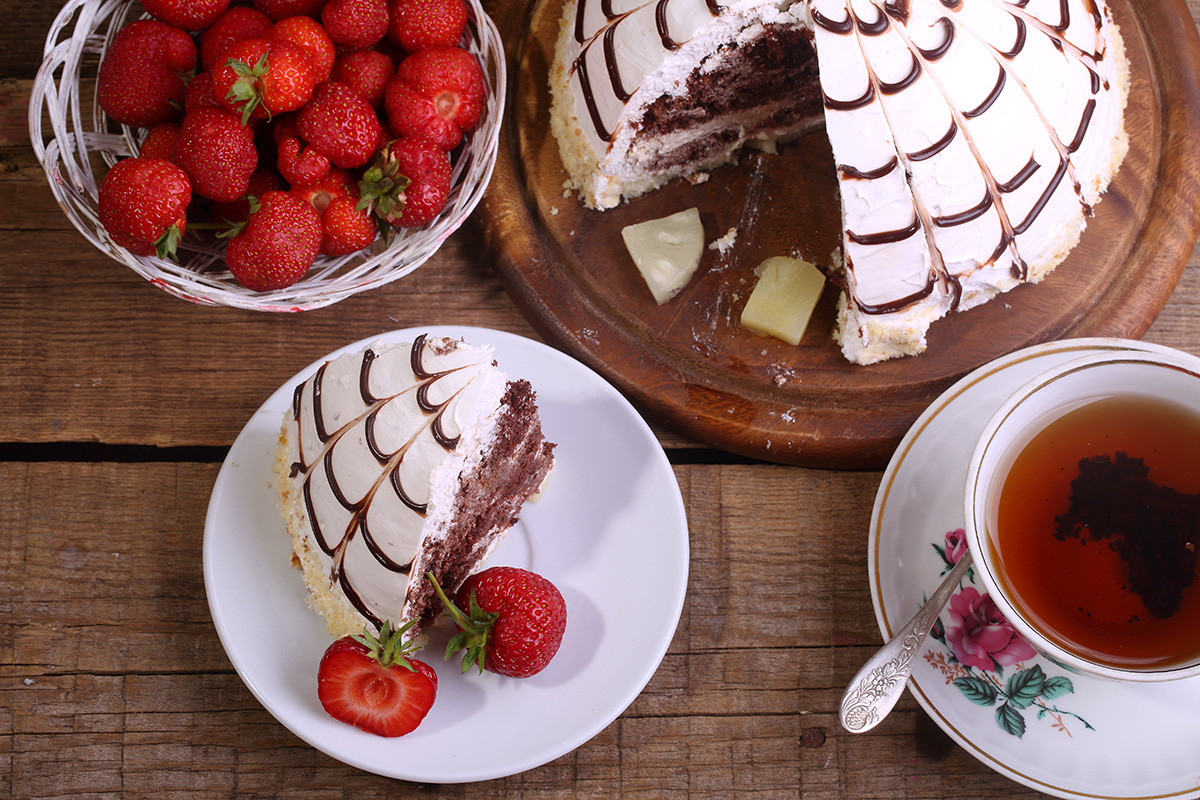 If using any of Russia Beyond’s content, partly or in full, always provide an active hyperlink to the original material.

VIDEO: Rick Savage explains why he is opening his restaurant in defiance of state orders – Lewiston Sun Journal

Pizza-Lovers, This Viral Video Of Pizza Made With Blocks Will Make You Drool – NDTV Food