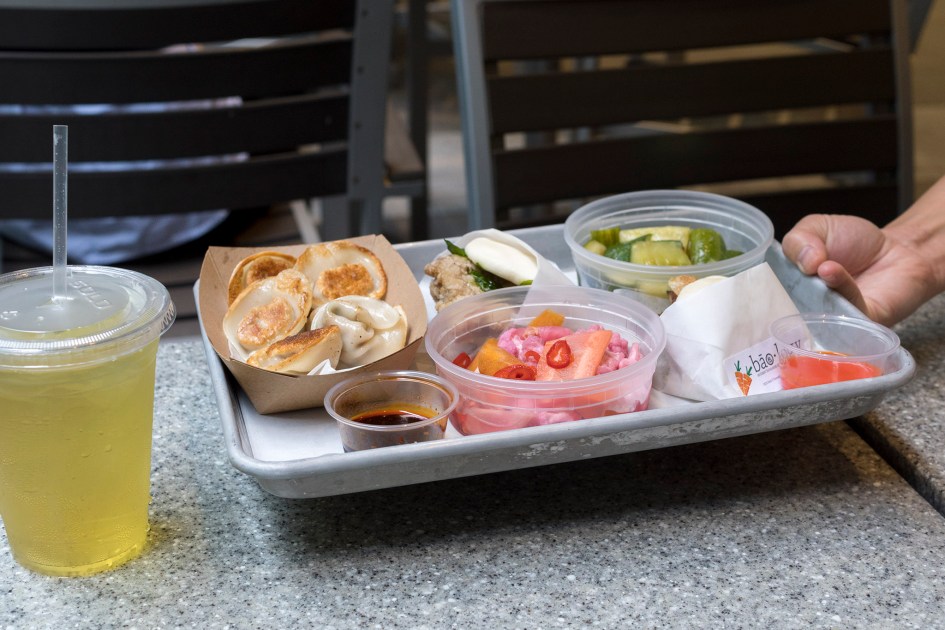 Many restaurant managers are abusive toward staff.

In a Billy Penn survey of hospitality workers, nearly 40% of respondents cited issues with management as a reason for industry-wide position vacancies and high turnover.

Jean-Georges Vongerichten, who recently opened his first Philadelphia spot at the Four Seasons atop the Comcast Technology Center, inadvertently made this revelation at the Philly Chef Conference, which draws attendees from around the country and the globe.

The celeb chef actually implicated himself by telling an anecdote that included him physically assaulting a dishwasher. When he shrugged off a journalist’s question about the seriousness of the incident, attendees were stunned, the Washington Post reported.

It wasn’t so much the admission of the act, which had already been described with more detail in Vongerichten’s 2019 book, but that the renowned chef clearly didn’t feel his actions warranted upset.

A few days later, Vongerichten issued an apology. “I don’t tolerate abuse of any kind, and if anyone physically threatened or assaulted a co-worker, I would fire that person immediately,” he told the Post.

Interviews with and surveys of restaurant workers conducted by Billy Penn over the past year suggest Vongerichten’s attitude is not unusual — and that higher-ups in the industry routinely disregard the physical well-being of lower-level staff.

Judy Ni, a well-traveled industry worker who now co-owns Baology in Center City, said the idea that restaurant execs are bullies is a “well-known secret.”

“It has not been unusual…to experience a culture that’s very male dominated and also just a tough it out kind of mentality,” Ni said. “You have a whole generation of chefs who very much believe that was an acceptable way of treatment.”

The 2020 conference held by Drexel’s School of Food and Hospitality Management was bigger than ever, attracting chefs, restaurateurs and food writers from across the country and Europe.

Now in its seventh year, the conference was full of panels and discussions addressing modern industry issues like #MeToo workplace protections, efforts to unionize and campaigns to boost the minimum wage.

It was surrounded by these food insiders that Vongerichten reignited indignance over pervasive workplace inequality.

“The only way to get rid of him was to shake him up a little bit,” the chef said of a dishwasher who was taking ill-timed lunch breaks. “So it was a little bit of physical abuse, for sure, for this dishwasher,” Vongerichten said while reportedly laughing.

In his memoir, Vongerichten uses more colorful detail to describe this incident:

“He was union. He knew I couldn’t do a thing. And I knew it too,” Vongerichten wrote about wanting to fire the employee. Eventually, things got physical. “I punched him. I kicked him. I’m not proud of it, but I beat the shit out of him. In the walk-in.”

At the Philly conference on Mar. 1, Vongerichten also compared his exploration of Thailand and Thai food to Christopher Columbus’ “discovery” of America, an antiquated anecdote that’s since been replaced by the notion that Columbus connotes colonization.

“I wrongly made light of this incident on the panel — it does not reflect who I am today,” he said. Apologizing for the Columbus remark, he added, “In trying to convey the awe and wonder I felt when I arrived in Thailand, I made a thoughtless and insensitive reference.”

If Vongerichten has changed, his enlightenment does not reflect an industry-wide wake-up call, per the responses of many restaurant workers surveyed by Billy Penn.

Asked why the restaurant industry experiences a high number of vacancies and turnovers, here’s a sampling of how Philly workers answered:

Hospitality industry workers listed a host of other reasons the multi-billion dollar doesn’t create more sustainable jobs with reliable annual incomes. They cited things like limited career mobility, drug and alcohol abuse, low barriers to entry which affects the reliability of staff, and the idea that hospitality work is a starter job, not a career.

Historically, restaurants have lacked HR departments. Much of the work is hourly, and staff often lack health coverage. Most front-of-house staff like bartenders and waiters rely on tips to supplement a very low hourly wage that hovers between $2 to $3 dollars.

Among all that, however, management issues were most often shared as a big piece of the puzzle.

Of more than 100 total responses, Baology owner Ni was one of six managers who cited poor management as a cause of high turnover. She said consumers and the media need to start a #MeToo-esque call-to-action to change a toxic, male-dominated restaurant and hospitality industry culture.

At Baology, part of retention practices include eschewing tips — employees at the modern Taiwanese restaurant receive a wage comparable to any other service job, Ni said. She also co-founded HospitalityTogether, a nonprofit that emerged from the Full City Challenge pitch competition. It helps give first-gen college students a fair shot at thriving in the hospitality industry and beyond.

“Consumers should support businesses that are doing it correctly because it helps the business support hiring and raising wages,” Ni said. “If you want a behavior to be continued, then you reward it, good or bad.”