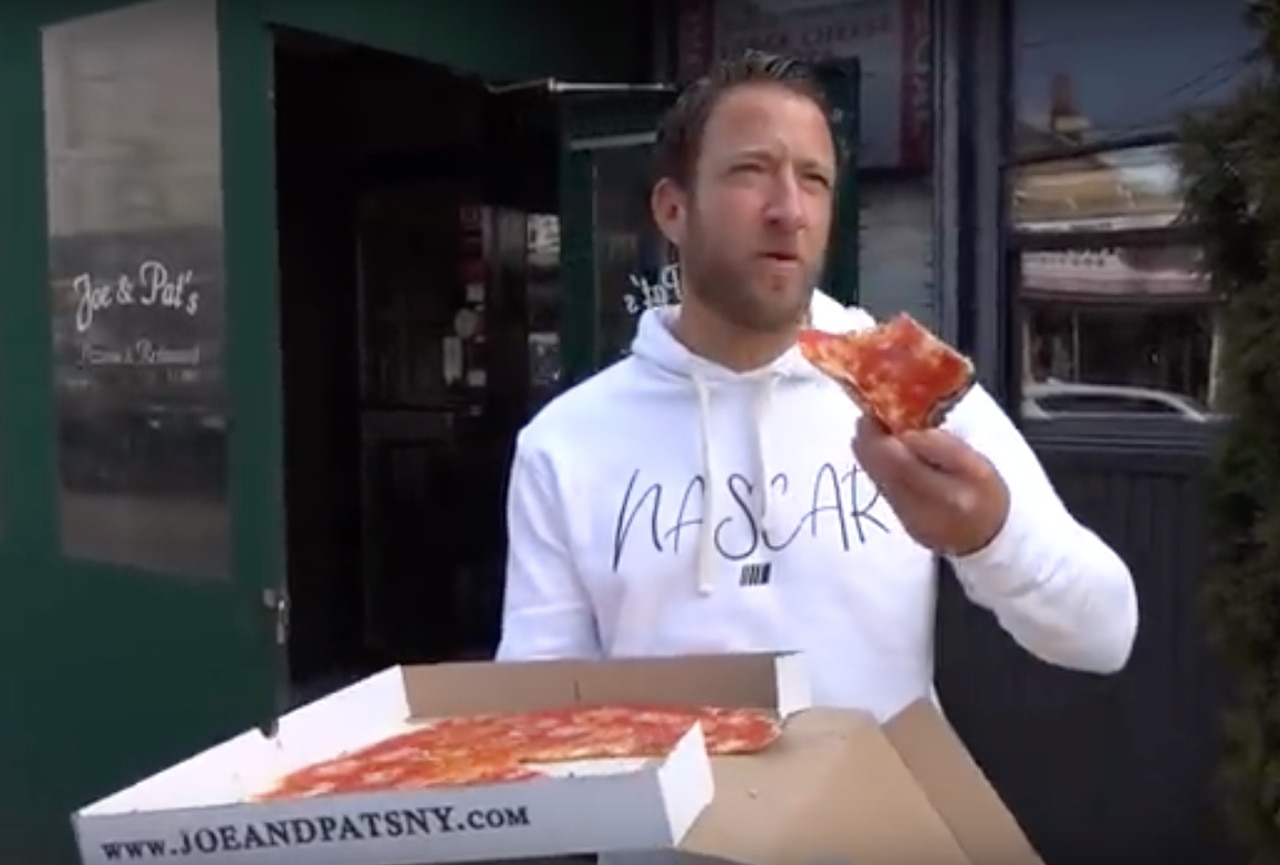 STATEN ISLAND, N.Y. — The Barstool Sports series “One Bite” has spent a lot of time on Staten Island recently.

On Monday, he gave his review of the original Joe & Pat’s in Castleton Corners. (He previously visited the Manhattan location, giving the pizza there an 8.4 out of 10.)

“I was saying that Round Pie reminded me of something, maybe it reminds me of Joe & Pat’s,” Portnoy said, taking a look at the pie. “It kinda looks the same.”

Calling Joe & Pat’s pizza “snowflake light,” he added that he could pound “six of these pizzas in 10 minutes.” He ultimately gave the plain pie an 8.6 rating.

“There’s certain places that are trademark New York, Staten Island hall of fame pizzas,” Portnoy said. “Joe & Pat’s is one of them. This is just a great pizza.”

This recent borough blitz wasn’t the first time Portnoy visited Staten Island pizzerias. He previously reviewed Lee’s, Goodfella’s, Brother’s, Denino’s, DOUGH and Nunzio’s. Each received commendable scores, with the lowest of the bunch being Goodfella’s 6.8. Lee’s, Brother’s and Nunzio’s each received 7.9 scores, while DOUGH got a 7.4. Denino’s took home a sweet 8.1.

There’s a reason why Joe & Pat’s in Castleton Corners was a must-try spot.

The restaurant, which opened in 1960, is named for owners Joe (Giuseppe) and Pat (Pasquale) Pappalardo of Naples.

While the pizzeria almost burned to the ground in 1999, the neon sign from the old place remains. The interior’s three rooms have undergone an overhaul with hand-painted barrel-vault ceilings and wall portraits.

Doctors at Lucknow hospital find larvae in food – The Hindu