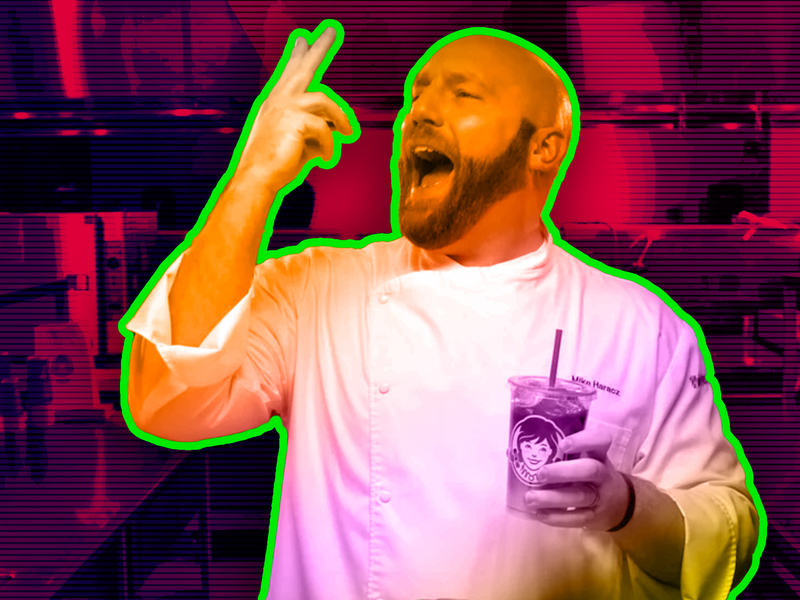 Mike Haracz says he always wanted to be a chef though, as a young child, he couldn’t have predicted that his culinary training would land him in a national TV commercial.

“I remember at 5 years old, peeling potatoes and trimming green beans and stuff like that,” Haracz says on the latest episode of the Marketer’s Brief podcast.

Growing up, Haracz says he enjoyed cooking comfort food, including Polish staples like pierogi, and putting his touch on dishes such as meatloaf and casseroles. He took college-level culinary courses in high school, then graduated from Johnson & Wales University, where he studied culinary arts and culinary nutrition.

Haracz says he decided not to open up his own restaurant in order to have more time for his other passions, which included being in a metal band, playing Dungeons & Dragon and, later, having a family of his own.

As Haracz discusses on the podcast, after working a job in the food manufacturing business he headed to McDonald’s, where he became manager of culinary innovation for the U.S. menu. His tenure at the Golden Arches including working on the Signature Crafted burgers, as well as products such as chicken tenders. But he might best be known for a single tweet that helped spark a bit of a sauce craze.

The Ukraine war and the global food crisis – The Hindu

Start-up takes on vegan meat market with lesser-known alternative: ‘Our mission it to get seitan into the mainstream’ – FoodNavigator.com

Buttercup Bakery is now open for business in Lincoln – 1011now