What’s cooking in our country’s kitchens? More importantly, is it making us healthy and strong? Apparently not. The 2019 Global Hunger Index (bit.do/fyBFA) placed India 102nd out of 117 countries. For long, India has carried the burden of being home to the largest number of the world’s stunted (having low height for age) and wasted (having low weight for height) children. According to the National Family Health Survey-4 2015-16 (bit.do/fyBF5), the percentage of stunting is around 35%, and 21% for wasting, among children under the age of five.

More recent data from the Comprehensive National Nutrition Survey (CNNS) 2016-18 (bit.do/fyBGA) reports some improvements. But the picture remains dismal. Half of India’s women remain anaemic, carrying over the problems of anaemia and undernourished babies into the next generation.

We have been a self-governing nation for over 72 years now. Nobody has been starving us. Clearly, we have more food available to us than what we had in the 1950s. Analysis made from census data, the Unique Identification Authority of India (UIDAI) and the agriculture ministry show that India has, per year per head, much more wheat (from 24 kg in 1951to 67 kg today) and rice (from 58 kg in 1951to 67 kg today) being produced, but less coarse cereals (from 40 kg in 1951to 29 kg now) and pulses (from 22 kg in 1951 to 19 kg now).

Oilseeds have not been able to keep pace with growing population and demand. We import edible oil in large quantity. With policy supporting their cultivation, high-yield varieties of rice and wheat have taken over, and indigenous diversity of crop has diminished significantly. Not only is that a loss to the ecology, but also to the micronutrient variety and sufficiency in diets.

Pulses are an important source of protein in the vegetarian diet. Fats, including edible oil, are an energydense food. India’s per-capita consumption of protein and fat are among the lowest in the world, according to the UN Food and Agriculture Organisation. Given their limited availability, pulses (protein) and oil (fat) remain expensive and, hence, unaffordable to many.

With increasing per-capita incomes, demand for protein-rich food has been going up, with supply lagging. But healthy substitutes such as protein and fats have been caught in the double-whammy of rising demand but lagging supply, causing their unaffordability. Hence, food consumption patterns are heavily skewed towards starchy foods. Heavy starch consumption without commensurate supplementation of other necessary nutrients is causing rise in both obesity and related issues, as well as undernutrition. 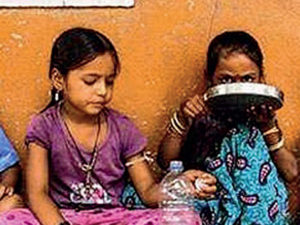 The public distribution system (PDS) distributes mainly rice and wheat. In addition to the quality and variety, it has quantity and efficiency issues to fix. Stocks in government warehouses have gone up from around 100 lakh tonnes in the 1980s to over 700 lakh tonnes in 2018-19. But better food security hasn’t translated into better nutrition.

It is not just any food, but a wellplanned and balanced meal that India needs to produce and eat. We need to ensure that with policy-driven incentives, better supply chains and education, the right food choices are made from farm to fork. Unless we make that our No. 1priority today, a strong and healthy population of Indians will remain a distant dream even in the 22nd century.

DISCLAIMER : Views expressed above are the author’s own.

Monday Bulletin: Rapper’s Gift to Shelter, Sushi Chefs Will Travel, The Owl and The Crows – westsiderag.com