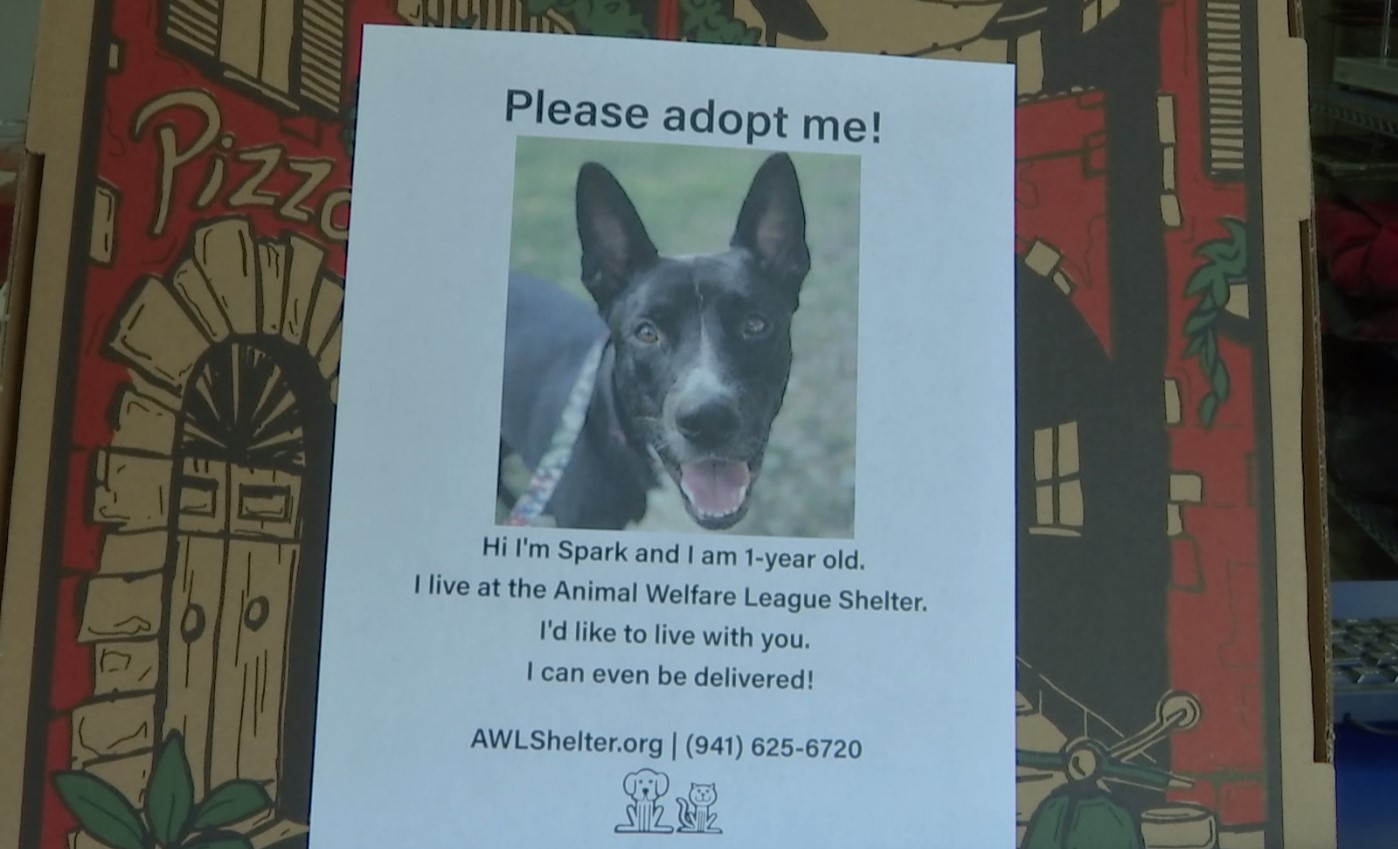 It started with Motorworks Brewery in Bradenton, with photos of adoptable dogs in the area added to their beer cans.

A Port Charlotte pizza shop picked up on the idea, teaming up with the Animal Welfare League of Charlotte County to feature shelter dogs and cats on their pizza boxes.

The measure is already working.

Uncle Nick’s Pizza made the move after a volunteer at the shelter reached out to him.

“It’s awesome,” owner Nick Wrasse said. “One of our biggest principles is giving back to the community.”

The shelter was, of course, also on board.

“We already know Uncle Nick’s Pizza does a lot for this community; they do a lot for us personally. They’re just a really great group of people; plus they’ve got great pizza,” she said.

“It’s just a wonderful thing and it’s working … people are coming in to meet the dogs they’ve seen on our pizza boxes. Now we’re doing cats as well,” Mitchell said.

“It’s an amazing feeling to have a hand in that,” Wrasse said.

He does it for more than just his community.

“I have a 6-year-old little girl and now I have a newborn baby, a month old. I just want to hopefully give them something they can be proud of and show them how we can act as a community and give back,” he said.

The Animal Welfare League of Charlotte County is a no-kill shelter. As of Wednesday, more than 40 dogs and 60 cats were available. The shelter on Tuesday took in 16 dogs rescued from a home in Dixie County.

How to pair pasta shapes with sauces, soups and more – The Washington Post