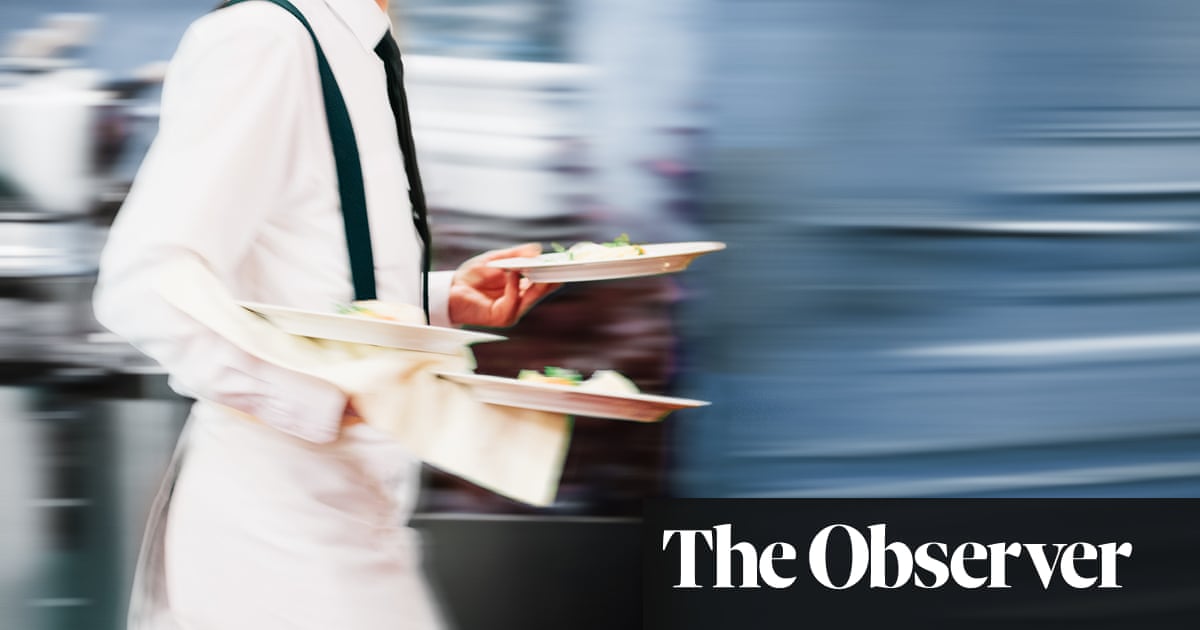 Have you ever watched a waiter take a dover sole off the bone? It requires an extremely steady hand and ocean-like depths of confidence to slip the knife along the back of a hyper-expensive fish and slip the fillets away from each other while being watched by the person who paid for it. Have you seen a waiter take the orders of a table of eight and then make sure, without asking again, that everybody is served the dishes they ordered across multiple courses? And then deal with the obstreperous, foul-mouthed drunk in the corner, without disturbing anyone else? Have you watched a restaurant cook fulfil a dozen grill orders at the same time, without losing track of any individual preferences, while their colleague whips up souffle after souffle?

These are the skills which make the pleasure of a meal in a restaurant what it is. Unless, of course, you are the British government in general and the home secretary in particular. Under the new points-based immigration rules announced last month and due to come into force next January, most jobs in the hospitality industry are simply dismissed as unskilled labour. Apparently, it doesn’t require skill to do them. Foreigners need not apply.

Those of us who have already made clear our opposition to the myopic, inward-looking Brexit project can again rehearse our arguments about the value of freedom of movement; we can explain how it increases opportunity for all, adds to the cultural diversity of the nation and enriches us. But that will merely be met with a shout of: “We’ve left; get over it.”

Fair enough. But we must surely be able to give a damn about the way we describe people and the work they do for us? Certain professions – nursing, civil engineering, the most senior of chefs with very detailed restrictions – are denoted “specific shortage occupations” for which the rules can be waived if necessary. The majority of hospitality is not one of those professions. Chef Selin Kiazim of Oklava has started a petition against the changes. As she has said in an open message to the home secretary: “We bake your bread, we cook your dinner, we serve your wine … we are more than just a random number of points.” Or as Asma Khan of Darjeeling Express put it in an Instagram post: ‘I am inviting Boris [Johnson] to come serve in my restaurant and then we can have a discussion on whether low skills is a threshold for hospitality.” How many of us are genuinely confident that Johnson could safely get our lunch from kitchen to table?

These rules will have an impact. For example, more than a third of people working in hospitality and catering in London are EU nationals, and 80% of them would not be eligible to work here under the new rules. Who will fill those vacancies? Des Gunewardena, CEO of restaurant group D&D, has described it as a “body blow” for the industry.

What’s most infuriating about the rules is the way they institutionalise snobbery. It’s a sneering, grossly ignorant failure to understand what it takes to do so many of the jobs that make our lives so much more pleasant. Just as with personal care work, which requires huge reserves of patience, empathy and, yes, skill, jobs in hospitality are often terribly underpaid. But a person’s value is so much more than the size of their pay packet. These immigration rules don’t merely threaten the hospitality industry. They undermine the way we treat and judge people. Surely, as a nation, we’re better than this?