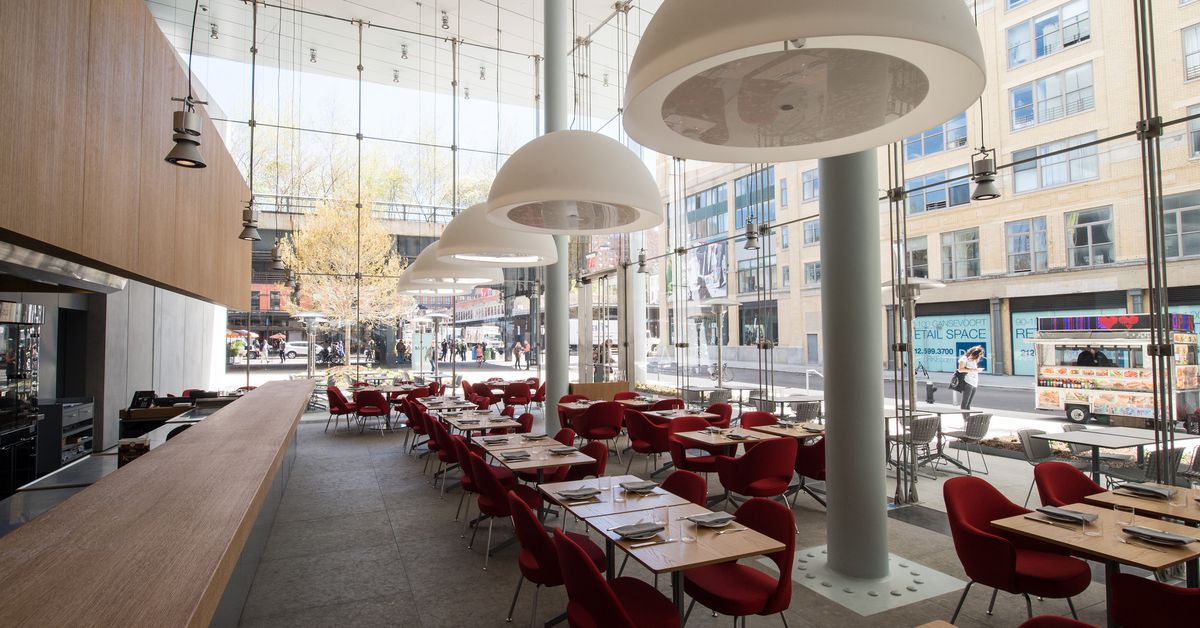 All of the NYC Union Square Hospitality Group businesses will join the list of restaurants that will temporarily close in light of the COVID-19 crisis, according to staffers at multiple restaurants.

With more than 20 restaurants in multiple cities, the Danny Meyer-run company is one of the biggest groups yet to announce a wider shut down. Restaurants Untitled and the Modern, which attached to museums that announced closures on Thursday, are ending service, but the company’s standalone restaurants will also be temporarily closing their doors. Businesses include fine dining restaurants like Gramercy Tavern, the more casual barbecue spot Blue Smoke, and counter-service cafe Daily Provisions. Staffers told Eater that exact timing for reopening would be determined later.

Eater has reached out to USHG for further information.

The nearly 50-year-old Jing Fong, known for its huge space and dim sum carts, has been struggling for weeks now and opted earlier this week to only open on Friday, Saturday, and Sunday. But capacity for the restaurant is 800, and after the state announced that all venues with seats for more than 500 people have to close, the restaurant had no choice.

“For everyone’s health and safety, we will close until Cuomo says it’s OK to gather again,” the restaurant tweeted in a response to a report that suggested its closure is permanent.

Oceana will also close temporarily after service on Friday, March 13, with plans to reopen on April 1. Under the new mandate, restaurants with capacity under 500 can remain open but must reduce capacity by 50 percent.

But the Livanos family, owners of the more than 20-year-old restaurant, said in a statement that in light of all the closures in the city, “we feel it’s best to follow their lead.” The shut down of Midtown offices, as well as major tourist destinations like Broadway and Radio City Music Hall, led to a 75 to 80 percent plummet in sales — and a total disappearance of private dining in March, according to a spokesperson.

The company’s other restaurants, such as Ousia on the Upper West Side and City Limits in White Plains, are staying open and have been more stable because they’re in more residential areas.

And Williamsburg’s acclaimed Nordic tasting menu Aska is opting for a temporary closure, too. In an Instagram post, the restaurant said that it would close for the next two weeks “out of an abundance of caution.”

It’s likely just the beginning for restaurant closures as the number of positive COVID-19 cases rises and more people opt to limit time in public spaces. Bigger restaurants are the first to see falling sales, as even healthy people are being asked to avoid large gatherings where the virus can spread more quickly. As of Friday morning, New York City had 95 confirmed cases, and at a Thursday press conference, Mayor Bill de Blasio said that it could be up to 1,000 by next week.

As the impact ripples out to more people in the community, nonprofit Rethink Food NYC’s executive director Matt Jozwiaksays there is lots of demand for meals and asks any corporate kitchens and closing restaurants to donate excess food or extra to-go containers to those in need.

Though the city has offered no-interest loans for small businesses, restaurant groups and restaurateurs say that alone is not nearly enough to help soften the blow of the public health crisis’s anticipated financial impact. Measures for hospitality workers who will likely lose their job include free legal help if they face eviction, but labor advocates also say more needs to be done, such as expanded paid sick leave.

On Thursday, the mayor said the health crisis could “easily” last six months, while the economic recovery period could take much longer. “We don’t do any of this lightly,” he said. “This is difficult stuff. This will have a serious, serious impact on a number of business.”

Here’s a running list of restaurants that have announced temporary closures so far. If you see one, email [email protected]:

This story has been updated with more closings and new information.

ERIN SULLEY: We wish you a merry pizza – The Telegram