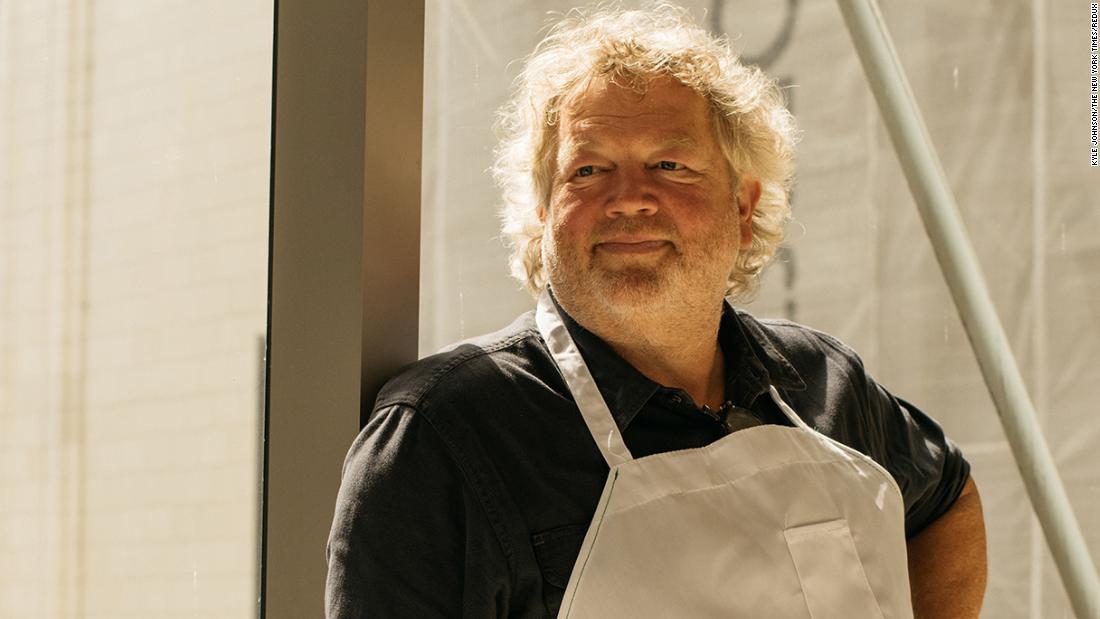 (CNN) — A popular Seattle chef is temporarily closing several of his restaurants on Sunday due to coronavirus, leaving hundreds of his employees jobless.

James Beard award-winning chef Tom Douglas said he made the decision to close the doors to 12 of his 13 restaurants in the Seattle area following a drastic decline in business amid the coronavirus pandemic. Only Douglas’ Dahlia Bakery will remain open.

As a result, Douglas had to let 800 of his employees go.

As of Thursday afternoon, there are 1,636 cases of the novel coronavirus in the United States, according to the state and local health agencies, governments and the US Centers for Disease Control and Prevention. In Washington, where there have been 457 reported cases, 31 people have died from the virus.

“This is devastating,” Douglas told CNN. “They aren’t just my coworkers or my employees, these are my friends. It’s just there is no money to pay them. These are life terms.”

When people stopped traveling over coronavirus concerns, Douglas said his restaurants, which are located in a heavily traveled tourist areas, started to take a financial hit.

“Things really started heating up from a lack of business perspective by the beginning of March,” he said. “Infections increased in Washington, Seattle was on the front page of everyone’s newspaper and it all culminated in this last week when they (authorities) started banning large group events and that was really the writing on the wall that said we weren’t going to be able to survive this.”

As a company, total sales — including catering, deposits and theatre concessions — were down 90% from Feb. 25 to March 11, Douglas said. That’s when he knew he couldn’t afford to stay open, and made the call to put the restaurants on hiatus until things start to calm down.

“The worrisome part is that we are a fragile society in the restaurant business and there’s a lot of people who are going to be hurt by this,” Douglas said. “Including myself. But even more so, the dishwasher, the waiter, the cook. This is very traumatic and it’s not like they can just go out the door and find another job.”

‘The pot is empty’

Long-term, Douglas said he is unsure of what will happen. Right now, he said he anticipates reopening the restaurants in eight to 12 weeks, depending on whether he’s able to get financial assistance through loans.

“It’s very much like a real natural disaster,” he said. “It doesn’t seem that way because there’s no winds and there’s no flooding or stuff like that but this is the real deal.”

Though he can’t afford to pay his employees severance, Douglas said he hopes to eventually rehire them.

“We made sure that we closed in time to be able to pay people for the time they had put in and that they didn’t go home empty-handed,” he said. “The pot is empty.”

Washington Governor Jay Inslee on Tuesday announced new and expanded employment rules to support the state’s unemployment insurance program and provide relief for workers and businesses that have been negatively impacted by coronavirus.
“We’re really trying to work with employers and employees to help them understand the tools that are available to them through the department to weather this situation,” Nick Demerice, the public affairs director for Washington’s Employment Security Department, told CNN.

Douglas’ employees can file for unemployment benefits for eight weeks due to the temporary layoffs. But Douglas said his concern is what happens after the eight weeks are up and his businesses are still not able to reopen.

“People have to take care of their lives and their families and if they need to find a better paying, more solid employment, I’d encourage them to do so,” Douglas said. “Eight weeks is not enough.”

What happens to all the food?

Despite losing their jobs, Douglas said some of his employees have stepped up to help make meals for community members who needed it the most.

Tori Mann, a chef at Douglas’ Lola Restaurant, told CNN that she is in the preliminary stages of organizing a database of employees who could be on call as needed to help staff at FareStart, a nonprofit organization that provides job training and meals to social services and shelters in the Seattle area.

In this crisis, Mann said it’s easy to forget the needs of the low-income community.

“The TDSK (Tom Douglas Seattle Kitchen) mission statement includes a line on giving back to the community,” she said. “We may not be as profitable or even technically employed at this point but this ethos runs true, it’s often the most rewarding bit in working in kitchens.”

CNN’s Alta Spells and Chris Boyette contributed to this report.