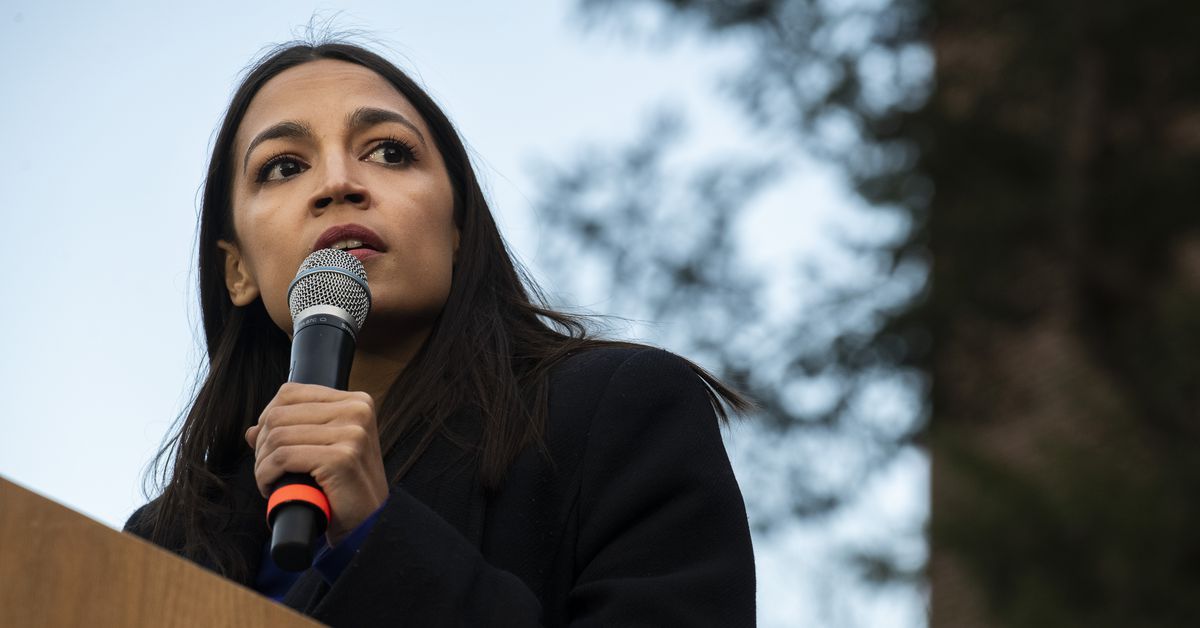 Friday night was the beginning of a state mandate for all venues to reduce capacity in half, but that didn’t stop New Yorkers from crowding neighborhood bars and restaurants — behavior that U.S. Representative Alexandria Ocasio-Cortez is asking people to stop in light of the COVID-19 outbreak in New York, adding that anything closer than six feet to another human is “too close.”

While bigger restaurants have had declining sales this week, people walking through residential neighborhoods from Park Slope and Prospect Heights to the Upper West and Upper East Sides have been reporting crowds at restaurants and bars, particularly at outdoor tables as the temperature rises.

A picture of Crown Heights bar Franklin Park that showed crowds outside — seemingly not in accordance with the state’s half-capacity mandate — quickly spread on Twitter. Criticism directed toward bar goers promptly followed. Franklin Park’s owner, Matthew Roff, tells Eater that the bar was actually at less than half capacity — the space can hold 210 people, and it had 70 customers at its busiest point last night — but it was nice weather and people wanted to be outside. “I can’t tell people where to stand,” Roff says.

Ocasio-Cortez, who represents parts of the Bronx and Queens, has apparently observed other crowding activity. In a tweet on Saturday, she implored that healthy people and people under 40 need to “PLEASE stop crowding bars, restaurants, and public spaces right now. Eat your meals at home,” she wrote on Twitter. “If you are healthy, you could be spreading COVID.”

She then added that the need for “social distancing from restaurants only underscores the need for relief for tipper workers, freelancers, shift workers, etc.”

What does “crowded” mean?

The need for social distancing from restaurants only underscores the need for relief for tipped workers, freelancers, shift workers, etc.

Tax credits & unemployment insurance does not help many of these workers – that’s a huge segment of our economy.

Earlier this week, Governor Andrew Cuomo and Mayor Bill de Blasio mandated that any gatherings of over 500 people were banned, and all facilities that hold less than 500 people are now required to reduce by 50 percent capacity. Exact details on how it will be enforced have yet to be determined — “we’ll have more on how we’re gonna do that over these next few days” de Blasio promised at a press conference — though fines will likely be involved. The move, de Blasio said, was in hopes of balancing economic impact and job loss with the realities of a public health crisis. In LA, the mayor appeared to caution residents to not go to restaurants, instead encouraging delivery and take-out to support businesses.

At a press conference on Saturday afternoon, de Blasio said that the decision-making around closures is being evaluated day-by-day and hour-by-hour, from schools and rec centers to bars and restaurants. “I am not ready today, at this hour, to say let’s have a city with no bars, no restaurants,” he said.

In part due to the new half-capacity rule, some NYC neighborhood restaurants experienced longer-than-usual waits. On Friday night, Fort Greene Israeli hit Miss Ada had a two-hour wait, which was longer than usual due to less seating and existing reservations, according to a spokesperson. Eater tipsters say Emmy Squared’s UES had a three-hour wait, while Rubirosa in Nolita forced diners to idle for a similarly long stretch. Eater reached out to a representative of Emmy Squared for more details.

Rubirosa’s owner Bari Musacchio also says the restaurant had a wait because of the capacity cut and tables going to existing reservations. Although the restaurant is lucky to have filled their tables on Friday, she still had to cut staff and hours in light of the changes, she says. Part of the tables have been converted into a space to handle deliveries, and some staff are now being put to work on that, she says.

Most people who contract the virus will only show minor symptoms, but as the virus spreads, the likelihood rises for vulnerable populations to contract the disease. On Saturday, New York had its first death, an 82-year-old woman with a pre-existing health condition.

The bigger issue, officials say, is slowing down the number of cases overall so that the hospital system isn’t overloaded and can continue dealing with more acute cases. Already, local hospital systems have taken actions like asking retired nurses to return to work and converting a pediatric emergency room into a space for intensive adult care, though some health experts say it may still not be enough as the outbreak gets worse. As of press time, New York City had 154 cases, and on Friday, Mayor Bill de Blasio predicted the number would be up to 1,000 by next week.

The economic impact of new coronavirus measures on restaurants will likely only grow, as officials estimate the crisis could last until September. After reports of declining sales and canceled reservations this week, restaurant owners have had to grapple with the difficult economic decision of whether or not to shut down as the public health crisis escalates. Many are adding delivery or take-out options, while others have opted to close permanently, including legendary fine dining restaurant Gotham Bar and Grill.

Smaller neighborhood restaurants, though, can’t afford to close due to rent and outstanding bills, says Musacchio, who owns Baz Bagels in addition to Rubirosa. Many of her staffers work paycheck-to-paycheck, and although her regulars have been supportive by buying gift cards and checking in, the situation isn’t easy. “We’re just trying not to bleed to make sure our staff can have a roof over their heads,” she says. “That’s the name of the game right now.”

The city and state has added measures such as no-interest loans and expanded family leave. But protections for small businesses and the city’s 320,000 hospitality workers are not yet as expansive as restaurateurs or labor advocates have been asking for. The U.S. House of Representatives passed a coronavirus bill last night that includes up to two weeks of emergency sick leave; the legislation now goes to the Senate.

This post has been updated with new information from a mayoral press conference and Rubirosa’s owner.

This post has been updated with new information from Franklin Park’s owner.

Savoury sounds: 12 food podcasts that are perfect for cooking to – The Guardian