A couple of weeks ago, as the possibility of the looming coronavirus pandemic began to settle in for most Americans, many people started preparing to ward off the virus by thinking about personal hygiene. Because advice about the efficacy of hand-washing and personal sanitization came early, Americans invaded big-box stores across the country to stock up on hand sanitizer, disinfectant wipes, cans of Lysol, and, for some reason, bales and bales of toilet paper. Feeling ready to clean up after yourself is pretty easy.

Since the nationwide run on Purell began, figuring out how to conduct everyday life has gotten only more complicated. Canceled events, school and office closures, and pleas from public-health officials to avoid contact with others have started to change the rhythms of daily life, and the omnipresent question of what to eat has taken on a new, moral complication. Keeping yourself fed via the delivery services and grocery stores that most Americans rely on is a necessary task that can’t easily be completed while avoiding other people.

Read: What you need to know about the coronavirus

Nutrient-dense fresh foods—the kinds people should ideally be eating when their health is at stake—are expensive and go bad quickly. Not everyone has an extra freezer, or the money to fill it. Some people just can’t cook for themselves. If you’re not a person who keeps a stocked pantry, that’s when confusion sets in: Is it safe to order delivery, both for you and for the person bringing you food? Is it safe to go to a grocery store that might be packed with panicked people? How do you support community businesses while social distancing? How do you lessen the burden that you put on people in service jobs? It’s time for America to figure out how to feed itself during a pandemic.

When it comes to ordering in, the food itself is unlikely to be much of a danger, according to Stephen Morse, an epidemiologist at Columbia University. Even if the person preparing it is sick, he told me via email, “cooked foods are unlikely to be a concern unless they get contaminated after cooking.” He granted that “a salad, if someone sneezes on it, might possibly be some risk,” but as long as the food is handled properly, he said, “there should be very little risk.” Now might be a good time to familiarize yourself with what your local health department thinks of the food-handling practices of your favorite restaurants.

Read: What you can do right now about the coronavirus

The danger of the delivery interaction, meanwhile, depends on how it’s orchestrated. For the food’s recipient, the risk is relatively low, Morse said: “There can be transmission through contaminated inanimate objects, but we think the most important route of transmission is respiratory droplets,” which spread when someone coughs, sneezes, or even breathes in close proximity to others. As always, wash your hands before you eat. (If you’re worried about other kinds of deliveries—mail or online-shopping orders, for example—they’re also relatively unlikely to transmit the virus, but you should still wash your hands after opening them.)

Deliverers themselves are much more likely to be exposed because of all the people they encounter. Morse said the risk can be reduced for both parties if recipients ask that food be left outside the door—or, ideally, if restaurants mandate this practice to protect their employees. Customers can also tip electronically or place cash outside before the delivery arrives. In Wuhan, China, where the coronavirus outbreak began a few months ago, many delivery drivers wore protective suits and masks, and carried employee-provided hand sanitizer.

Ordering takeout might seem selfish or cruel in this light, but according to Todd May, a philosophy professor at Clemson University, the ethical calculus isn’t quite so simple. He says that people should ask themselves a couple of questions first, including whether the delivery worker will travel alone by bike or car, and whether a mass exodus of delivery business from the area will harm workers more than protect them. “It’s the responsibility of the person ordering food to try as best they can to get a grip on that,” May wrote to me in an email.

The places people order from make a difference too. A local restaurant is a better choice than a start-up that sends gig workers with no health-care benefits into crowded big-box grocery stores to fight over dried beans on your behalf. The restaurant delivery person interacts with fewer people, lessening his or her individual risk, and the money you pay for the food goes toward keeping a restaurant’s staff employed through a crisis. In Wuhan, local delivery drivers were the city’s lifeline during a lockdown that made venturing out for fresh food difficult.

Read: The gig economy has never been tested by a pandemic

Ditching delivery to go to the grocery store isn’t necessarily a safer way to stress-eat, for either individuals or service workers. “Crowded stores would have a greater risk of infection, simply because of numbers of people and density,” Morse, the epidemiologist, explained. Shoppers can avoid some of this risk by dropping in at odd hours or patronizing less popular stores. But the risk of exposure is still far greater for people ringing up groceries than for people buying them, just like it is higher for the delivery drivers bringing food to your door than it is for you.

Many Americans—and especially those with the largesse to order a lot of delivered food—aren’t used to evaluating these risks to themselves and others. “We’re being asked to think so much more socially than we’re ever, ever asked to think,” says Steven Benko, a professor of religious and ethical studies at Meredith University in Raleigh, North Carolina. Delivery jobs rarely provide health insurance, and workers still need money to buy Tylenol and cough syrup to control milder cases of COVID-19, the disease caused by the coronavirus, or to seek help from an urgent-care clinic. How much should someone tip to help a delivery person afford medicine? “People’s health and their health care is directly tied to their labor in this country,” Benko says.

He also notes that keeping local delivery viable is helpful to people who can’t cook for themselves because of a disability or an illness. In some areas, requests for delivery are through the roof, which could reduce availability for people who rely on food delivery. In any situation with limited resources, the best choice is not to take more than you need, whether that’s the last four packages of disinfectant wipes at Target or the time of a busy delivery driver.

In the United States’ industrialized, centralized food system, for most people no perfectly ethical options exist for eating during a pandemic. But Benko hopes that diners will take as many precautions to safeguard workers in their community as they do to protect themselves, and that they’ll remember how essential service and delivery workers were to their survival once the worst has passed. “We’re so connected to each other and reliant on people working in the background, but we don’t even see who keeps the shelves restocked, or who brings things” to us, he says. “People only become visible to us in the perception that they could harm us, as opposed to becoming visible to us in the fact that they’re taking a risk to their health by being helpful to us.” 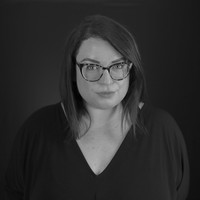 Amanda Mull is a staff writer at The Atlantic. Connect Twitter

Can’t deliver your food, it got snatched: Is this for real? – Hindustan Times