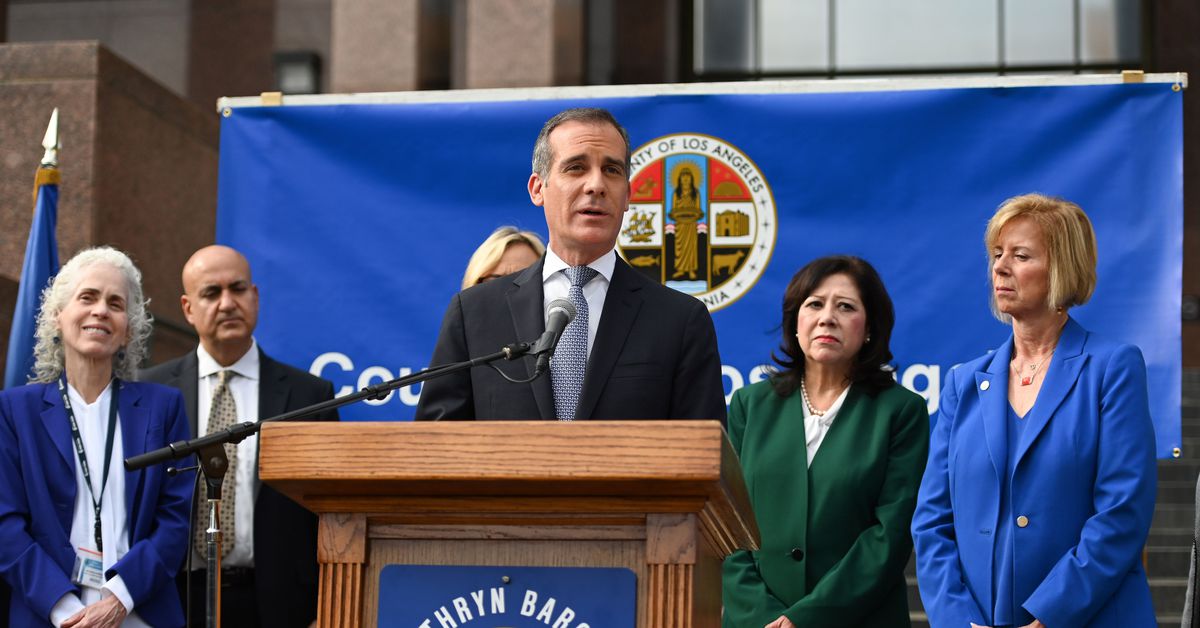 On Sunday evening, Los Angeles Mayor Eric Garcetti announced the near-complete closure of restaurants, bars, nightclubs, entertainment venues, and gyms in the city until at least March 31. Restaurants will allowed to continue offering takeout and delivery.

Last week, Garcetti cautioned against dining in at restaurants, encouraging the public instead to order takeout in order to support local LA businesses. The new mandate for restaurant and bars comes amid guidance from the CDC to reduce interaction and mitigate the spread of the novel coronavirus.

Many restaurants have already temporarily closed — some because of a slowdown in business due to a reduction in customers while others, such as Majordomo, because of health concerns for both workers and the dining public. Other restaurants have opted to offer takeout and delivery, with a growing list here around town, from Chateau Hanare in West Hollywood to Botanica in Silver Lake.

Also on Sunday night, New York City mayor Bill de Blasio announced that all bars and restaurants are required to shut down by Tuesday at 9 a.m., with the exceptions for takeout and delivery. The states of Illinois, Ohio, and Massachusetts issued a lockdown of non-essential businesses, including restaurants — also with exceptions for takeout and delivery. In D.C., all nightclubs were shuttered, and bar seating has been banned at restaurants. In New York, the governor ordered restaurants to reduce capacity by 50 percent, while U.S. Representative Alexandria Ocasio-Cortez has begged diners to “stop crowding bars, restaurants, and public spaces right now.”

The federal government’s top infectious disease expert, Dr. Anthony Fauci, did not rule out a temporary nationwide lockdown of restaurants and bars on CNN. Other countries such as Italy, France, and Spain have already ordered complete lockdowns of non-essential business in order to curb the spread of COVID-19. South Korea, which has seen the fourth largest number of cases at just over 8,000 as of March 15, hasn’t resorted to a lockdown, but has instead focused on widespread testing, though many businesses are nonetheless closed.

Though Eric Garcetti is the mayor of the City of Los Angeles, the greater LA area also contains separate municipalities such as Santa Monica, Culver City, West Hollywood, and Pasadena, just to name a few. It’s unclear whether Garcetti’s mandate will carry over to these other cities, though given the City of LA’s stature in greater Southern California, it seems likely those other cities and even nearby counties (such as Orange, Ventura, Riverside, and San Berdardino) will follow suit with a restaurant and bar closure mandate.

The complete shutdown of restaurants and bars in the nation’s three largest cities, New York City, Los Angeles, and Chicago will have a dramatic effect on life in urban centers, from the loss of income for restaurant and bar workers to the likely permanent closure of many establishments.

This post has been updated to reflect breaking news developments, and will continue to be updated as needed.