“Plant-based” — the phrase du jour of influencers, celebrities and other health-conscious folks. But what does this new label mean, and how does it differ from the (much-maligned) vegan diet?

The vegan diet restricts all animal products — meaning no meat, dairy or eggs. Some vegans also refrain from eating honey, as it is produced by an animal. Instead, those on the diet focus on eating whole grains, fruits, vegetables and legumes. Processed foods, sugars, oils and other foods that don’t contain animal products are also allowed in the diet.

Being vegan can also influence lifestyle choices, as many following the diet also abstain from using leather products, or wearing fur or other products made using animal byproducts. 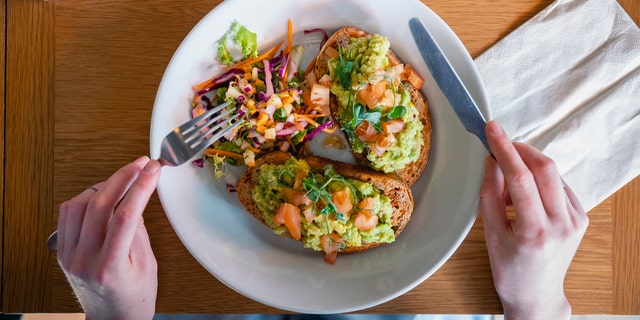 Another version of the plant-based diet is “whole foods plant-based,” which may include eggs or another form of animal protein.
(iStock)

Meanwhile, a plant-based diet follows a similar focus — whole grains, fruits, vegetables and legumes making up the bulk of what one eats. Though, those who are plant-based may include eggs and dairy products, or sometimes seafood, poultry or other meat in their diets.

“Some people use ‘plant-based’ and ‘vegan’ interchangeably, while others use ‘plant-based’ simply to indicate a diet that consists mostly but not exclusively of plants,” PETA President Ingrid Newkirk told Fox News.

“Many meals can be ‘plant-based,’ but a vegan meal contains no meat, dairy, eggs, or honey, and going vegan involves using and supporting nothing for which animals suffer,” she added.

Another version of the plant-based diet is “whole foods plant-based,” which, similarly, may include eggs or another form of animal protein, as well as focusing largely on vegetables and fruits, but also avoids oils and processed foods.

As the labeling can be tricky, it is advised to check the ingredients list of foods if you are vegan or following a restrictive diet to ensure it complies.

9 Of The Best Outdoor Dining Options In Chennai – NDTV Food

Zomato: From a weekend project to $3-billion food company headed for IPO, here’s its journey so far – The Financial Express