Coronavirus is sending Americans back home for dinner, creating a crisis for a restaurant industry that was already slowing down.

The viral outbreak is wreaking havoc as diners isolate themselves at home and states restrict operations to carryout and delivery only. Large swaths of the industry are facing weeks, or perhaps months, with reduced or nonexistent revenue.

This is a grim prospect for restaurants that were already struggling with brutal competition for a stagnant pool of customers. To make matters worse, some chains have opted to expand aggressively in recent years, which has over-saturated the market and helped to fuel an increase in restaurant debt levels, increasing the risk factor for many companies. 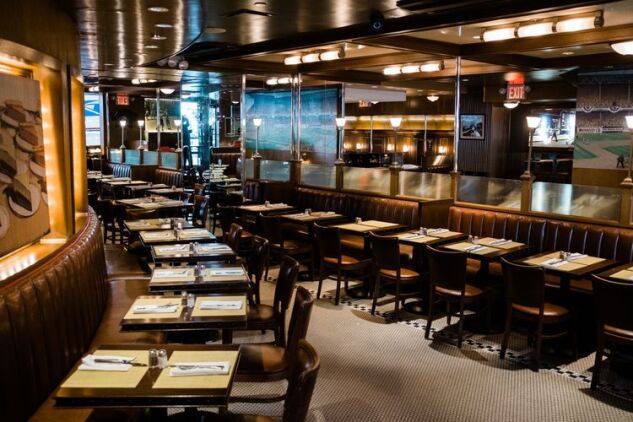 The Brooklyn Diner restaurant stands empty in the Times Square neighborhood of New York on March 16.

Add rising wages to the mix — which are likely to continue climbing due to the sudden, urgent need for expanded sick leave and benefits — and the industry is poised for a shakeout.

The looming bankruptcies are a major problem for landlords that have relied on restaurants as stable tenants as other parts of the retail landscape are decimated by e-commerce. In recent years, fast-food chains have taken up more and more space at malls and shopping centers as apparel companies and department stores struggle. But with coronavirus now shutting down both restaurants and retailers, landlords will likely have to choose between either cutting rents or losing tenants.

“Its definitely a concern,” said Vince Tibone, an analyst at Green Street Advisors. “The most likely outcome is landlords will have to concede on lower rent for a period of time.” 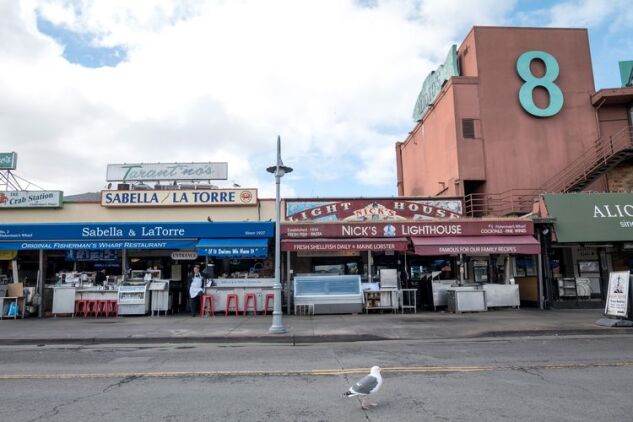 A restaurant employee waits for customers in San Francisco, California, on March 16.

The growth in fast-food restaurants had already slowed to the lowest rate in at least 20 years in 2019 as companies start to curb the rapid growth of the previous years. Still, capacity still outstrips demand, according to Noah Shaffer, senior director at real estate services firm Confidant Asset Management.

“When you just look at what consumers can spend in a market and how many restaurants are already there serving it, you start seeing there is an oversupply,” Shaffer said. “And that happens in quite a few markets.”

For years, the biggest fast-food companies, like Subway Restaurants and Dunkin’ Brands Group Inc. expanded aggressively across the U.S. — peppering cities and suburbs with new locations on what seemed like every corner.

Much of the expansion was financed with cheap debt as companies took advantage of low interest rates. Restaurants in the Russell 2000 Restaurants Index more than doubled their debt load as a share of earnings over the last five years, reaching a record high in 2019 after an accounting rule change required them to record more leases on their balance sheets. Even before the accounting change, the ratio had trended upwards in in recent years.

“If they are pretty levered up already, they don’t have ability to tap into additional capital to sustain,” Shaffer said. “The risk and concern for some landlords is starting already.” 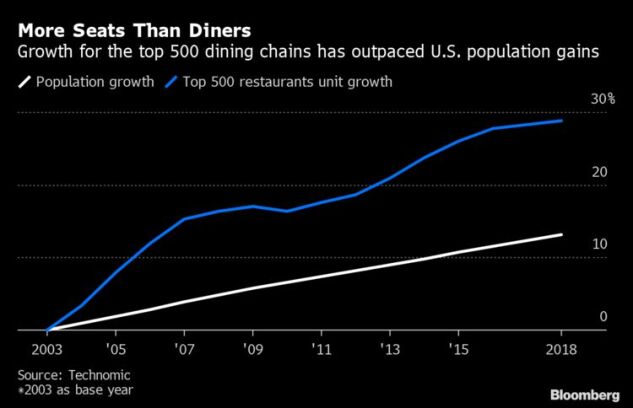 Restaurant equity, meanwhile, has taken a brutal blow in recent weeks. The Russell 2000 Restaurants Index had plunged more than 50% this month, with companies like Jack in the Box Inc., Brinker International Inc. and Denny’s Corp. registering declines of about 70% in March. On the S&P 500 Index, Starbucks Corp. McDonald’s Corp., and Yum! Brands Inc. had all declined about 20% or more in the same period. Restaurant stocks broadly rebounded on Thursday along with U.S. equity markets.

In a sign of the rising levels of distress, the National Restaurant Association, an industry chamber, sent a letter to President Trump on Wednesday calling for relief including tax credits and increased access to funding. The group sees a decline in sales by $225 billion in next three months, leading to 5 million to 7 million job losses. For context, it says it currently employs 15.6 million in the U.S. and is the nation’s second largest employer.

It’s clear the pain is already starting: Union Square Hospitality announced it laid off 2,000 workers after closing its restaurants which include LoBall and Gramercy Tavern.

Companies are also moving to immediately curb expansion. Darden Restaurant Inc. — the owner of Olive Garden and LongHorn Steakhouse — told investors in a conference call Thursday that it’s halting all new restaurant construction. The company also pulled its forecast for the year and suspended its dividend. 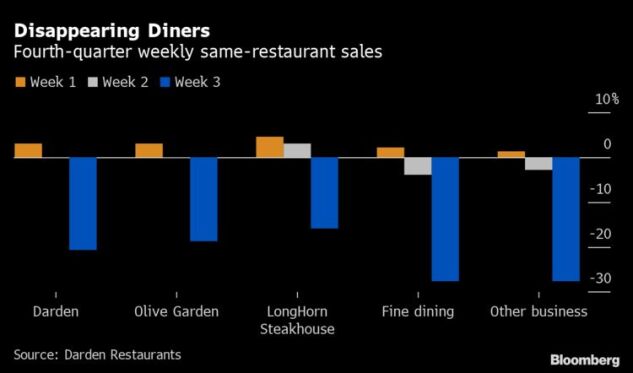 At the same time, the debt issue is likely to get much worse very quickly. Darden, Denny’s Corp., and Ruth’s Hospitality Group Inc. recently announced they’re accessing or increasing credit lines. The biggest companies are seeing an impact as well: Starbucks said it will temporarily exceed the top of its self-imposed debt ratio as the outbreak has an impact on earnings, although the company isn’t changing its overall leverage policy.

“There are a lot of chains that are in trouble,” Bloomberg Intelligence’s Halen said. “A lot of these restaurant chains and restaurant groups have a ton of debt and they are not equipped to deal with a situation where basically sales are getting shut down overnight”

–With assistance from Natalie Wong and Anne Cronin.

To contact the editors responsible for this story:
Craig Giammona at [email protected]