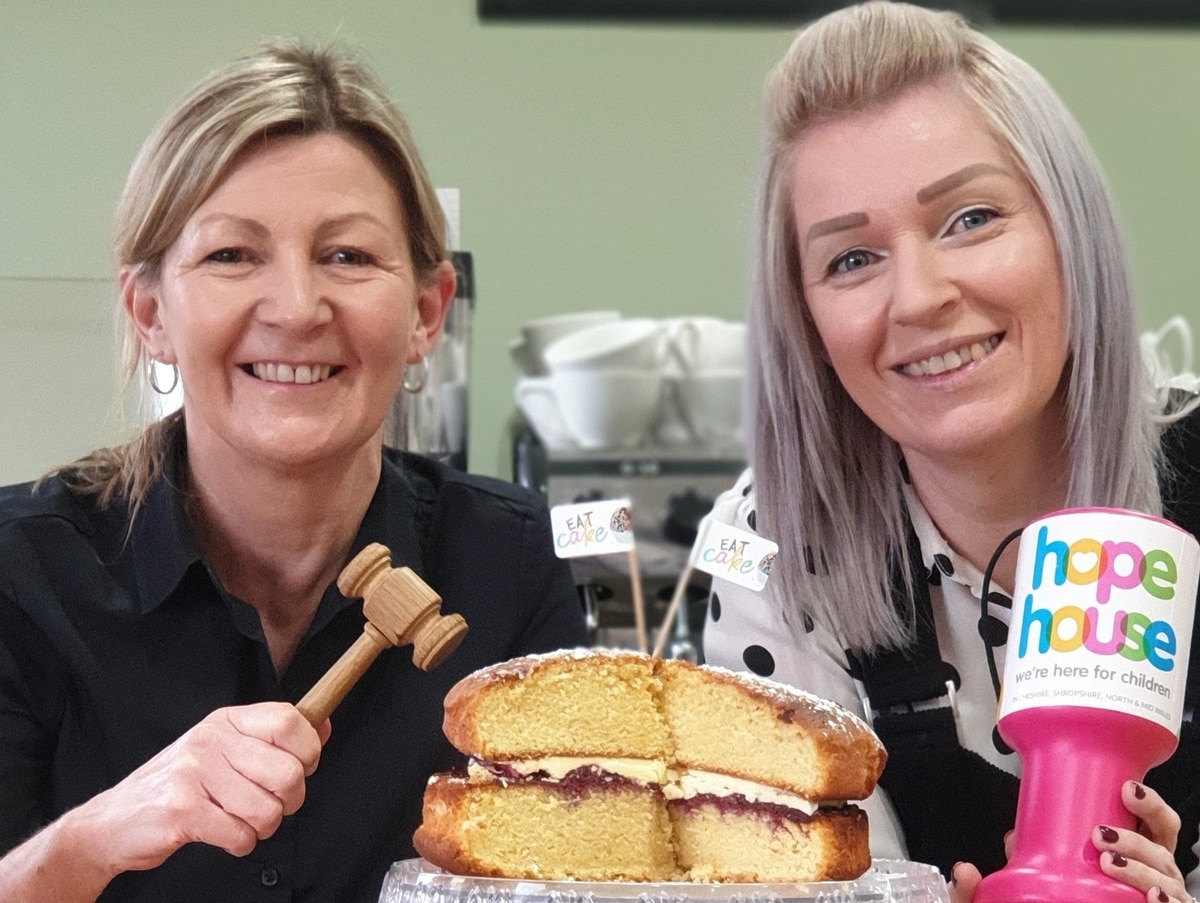 Halls Antiques and Collectibles in Battlefield, which celebrates its 175th anniversary this year, is auctioning a cake baked by one of its cafe workers Steph Swain for Hope House.

The auction will be the first event in this year’s Hope House Eat Cake Week, which is running from April 6 to 12.

Steph said: ““It will be decorated with Hope House colours, including a rainbow and clouds will be large enough to serve 12 people.”

Café owner Leanne Burgoyne, added: “As well as auctioning the cake we’ll also be selling cake to take home on the day, with £2.50 per slice going to Hope House. The following week, throughout Halls free valuation day on April 6, we’ll be selling coffee and cake for £4 and again, all the proceeds will go to the charity.”

Lynsey Kilvert, fundraising team leader for Hope House, which provides specialist nursing and palliative and emotional care for young people and their families said: “This will be our third Eat Cake Week and so far the money raised for the charity totals £25,500. This year the children at Hope House will be mixing up their own ingredients and enjoying their own bakes on April 8 and, with the support from Halls and other good local businesses and supporters, we’re aiming to smash this year’s £20,000 target.”

The cake auction will take place in the Auction House Café at Halls in Battlefield, Shrewsbury at around 1pm.