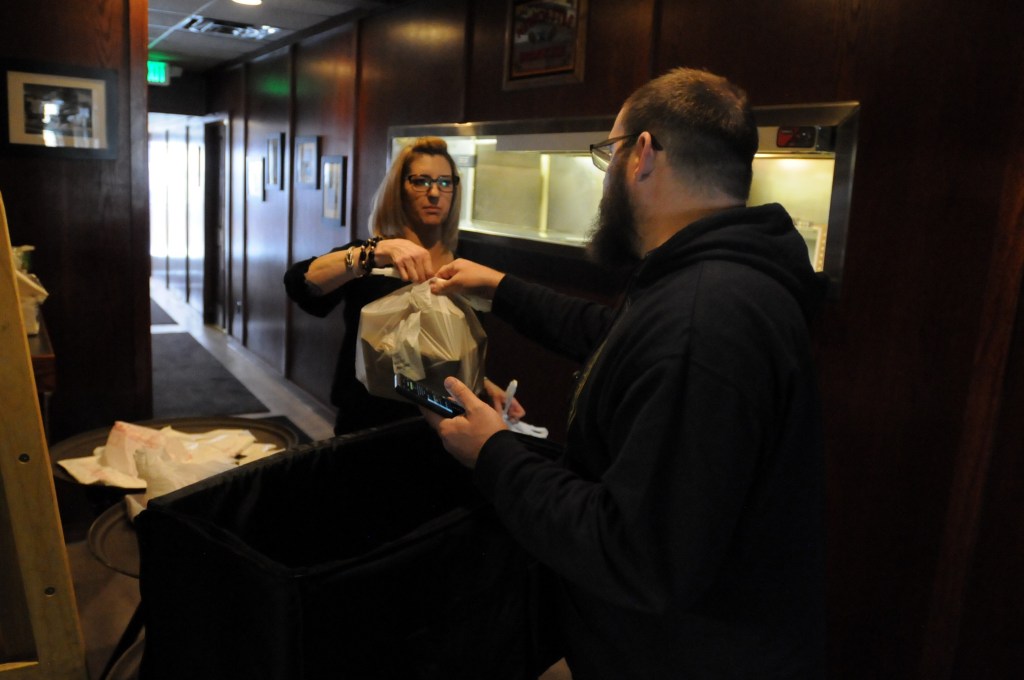 With Lovelanders drawing their blinds against the threat of COVID-19 and restaurants forced to shutter dining areas, Loveland-area drivers for food delivery services say the business of connecting diners with their favorite local eateries is surging.

Take-out and delivery remain the only options for businesses serving food in the state, with public health-related closures likely to continue through April 30.

Michael Atkinson, director of operations for NoCo Nosh, said his service has been approached by about 50 restaurants in the past week looking to partner.

At the end of last week, they delivered from about 130 restaurants, he said. Now, that number is closer to 160, including about 20 independent Loveland restaurants.

“We’ve been working as hard as we can to add these restaurants that are trying really hard to survive right now,” Atkinson said.

He said the volume of business handled by the service has doubled in recent days, and they’re looking to hire more drivers from among the pool of local food service employees who have lost jobs due to the crisis.

“We’re all restaurant people. Our service is actually owned by restaurants, and we all live here. We feel a deep sense of commitment to the community at large,” he said.

Drivers also reported a spike in business as well as mounting fear among restaurateurs about the economic impact of the virus, even as they partner with delivery services.

“I have seen a lot of stress among the restaurants,” driver Kate Young said. “They aren’t sure how all of this is going to work out.”

Young mentioned that the company has also rolled out a “no-contact” option for customers concerned about being in close proximity with delivery drivers.

Atkinson later said the option had become part of the company’s standard operating procedure, and that drivers were no longer meeting customers at their doors.

Drivers with other services also said procedures were changing in light of the outbreak. Nick Rusho, a driver for Grubhub in Loveland, said drivers had been ordered to follow a similar policy to avoid contact with customers.

“They have instructed us to do a drop delivery instead of greeting the customer at the door and letting (them know) it is on their porch or lobby,” Rusho wrote in an email.

He also mentioned high demand for shifts and some restaurants offering free delivery using their own employees.

In a March 17 public statement, DoorDash CEO Tony Xu mentioned his company had introduced a “no-contact” policy as its default option for deliveries and was in the process of securing hand sanitizer and gloves for couriers.

Atkinson said his own company plans to distribute hand sanitizer and gloves to its drivers on Monday.

Erik Kaufhold, another NoCo Nosh driver, described the experience of waiting in empty restaurants during the noon hour and meeting with customers who may not have seen another person for the rest of the day as unsettling and strange.

Still, he said he sees himself and other drivers as part of the support network for struggling restaurants and individuals who cannot leave home.

“When I started this job, it was just for supplementary income,” he said. “It feels like it’s a lot more than that now.”

Food and Supplies to Stock for Vegan Emergency-Prep – PETA