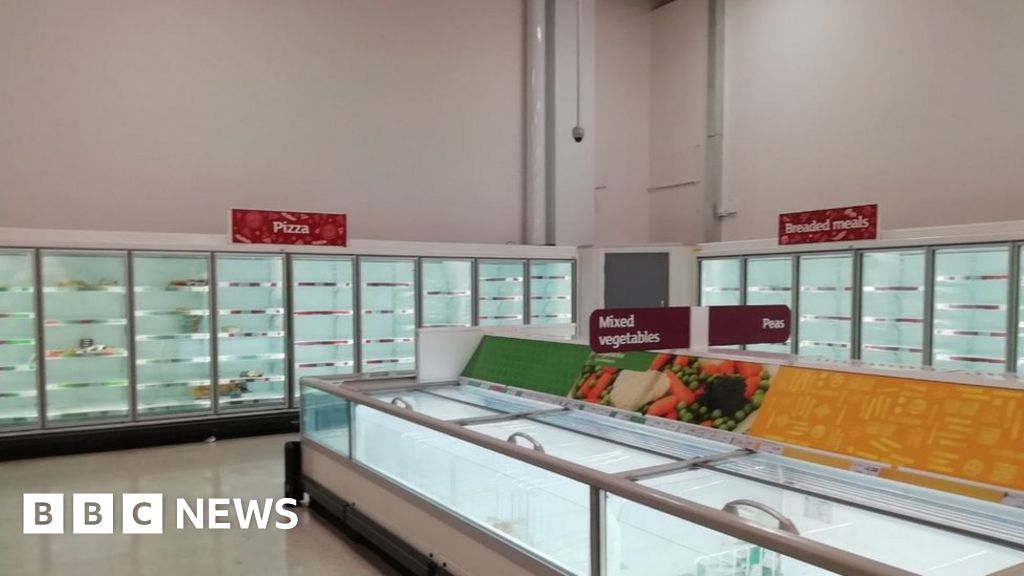 The panic buying that has been taking place across the country has hit some sections of society harder than others, with the plight of NHS workers facing empty shelves at the end of their shifts one well-documented issue.

But what about the effects on those among us who already felt nervous about shopping for food before the coronavirus crisis took hold?

Many people with eating disorders say they’re having a difficult time. Common issues include not being able to get hold of “safe foods” – a serious issue for those whose diet is limited to these items alone – and guilt over buying and eating food during a crisis.

Some people say they are noticing a return of negative behaviours and thoughts due to the anxiety caused by panic buying and self-isolation.

One of them is Rachel, who was recently discharged from hospital where she was receiving treatment for anorexia. She says she “is barely surviving”.

Rachel, from Coventry, says she has become terrified of going to the supermarket and is feeling guilty about buying food at all, even those safe-food items she is more comfortable eating.

“I’m scared of how busy they are; the utter panic, the amount of people, the fact my safe foods aren’t available, thinking I need to leave food for other people who actually need and deserve to eat and feeling like I don’t, as I’m selfish.”

“Shops are too scary and when I did attempt Tesco, after three anxiety and panic attacks, I left with a tin of soup and a carton of milk. It’s just all horrendous,” she says.

Hope Virgo, an eating disorder campaigner, says she has been inundated with messages from people struggling to cope with the impact of panic buying.

She says the consequences of panic buying can vary widely depending on how someone’s eating disorder manifests itself.

Some people might use the empty shelves and an inability to buy safe foods as a reason for restricting their diet again, while stockpiling can result in others being increasingly tempted to binge and purge because there is so much food in the house.

Trinni, from St Albans in Hertfordshire, has struggled with eating disorders for 13 years and is currently being treated for bulimia.

She says she’s been “massively affected” by the levels of “panic and hysteria”.

“It’s hard enough to shop sensibly, normally, let alone when everyone is talking about food and supplies all the time. It makes me feel like I should be stockpiling, but then also that’s stupid and not fair on those less fortunate than me. But the temptation to ‘run out’ of food and therefore be forced to restrict is there too.

“Also the fact I’m working from home at my kitchen table makes the temptation to binge way more real too,” she says. “I’m not being kept in check by my friends and colleagues that know about my eating disorder, as I live alone. It’s actually very scary.”

Ms Virgo, who started campaigning after developing anorexia at 13, tells the BBC she is worried the situation could become “really dangerous”.

“For some people they won’t be having anything to eat because they’re afraid of other food and it’s a step back in their recovery,” she says.

Feelings of guilt and shame are common for people with eating disorders, and some say their guilt has expanded to cover feeling bad about buying food that more vulnerable people might need more than them.

Anna* from Hertfordshire, who is currently going through an anorexia relapse, says this is a particular concern for her.

“I’m in weight restoration and have to eat thousands of calories a day,” she says. “I’m going to need more calories and therefore food than other people, so will need to buy more food that others could use.”

Ms Virgo is calling on everyone to recognise the particular vulnerability of people with eating disorders at this time.

“What eating disorders do is they tend to try and suck us back in,” she says. “They prey on those feelings of distress and anxiety – they thrive off the fact we feel so out of control at the moment with what is going on, whilst promising us a distraction.

“People with eating disorders are currently being faced with an added complication to the coronavirus that so many haven’t even thought of.”

Beat, the eating disorder charity has published advice for anyone worried about the impact of coronavirus.

Beat also has a new online support group, the Sanctuary, for anyone feeling isolated who would like to talk to people with similar experiences and concerns.

*Name has been changed

Man Sat in Pool of Bean Dip for 24 Hours to Save L.A. Restaurant — and Lana Del Rey Cheered Him on! – PEOPLE