Editor’s Note: The Atlantic is making vital coverage of the coronavirus available to all readers. Find the collection here.

For a couple of weeks now, grocery stores have been one of the only respites from cabin fever. Despite all the lockdowns and social-distancing measures across America, people still need food. In the most restrictive states, the grocery store has become about the last place you can go where life is lived more or less as it previously was.

Except now, not even grocery stores can keep up the facade of normalcy. As many health experts have feared, last week, reports began to trickle in of grocery-store workers coming down with COVID-19, the disease caused by the coronavirus. A Trader Joe’s employee in Seattle tested positive. So did a King Soopers employee in Denver, along with two Fred Meyer employees: one in Monroe, Washington, and one in Portland, Oregon. A worker at the Columbus Circle and Bryant Park Whole Foods locations in New York, through which thousands of people filter every day, tested positive as well.

So far, the virus does not appear to be extremely widespread among grocery workers. Nationally, the United Food and Commercial Workers International Union, which represents the employees of some grocery stores, told me only six of its members are known to have tested positive for the coronavirus. But many more might have the virus and have not been tested. Until this past week, it was possible to at least wishfully imagine that grocery stores were somehow immune to the virus. Now the risk has become even more apparent: Yes, people can get COVID-19 at the grocery store.

Read: How you should get food during the pandemic

The primary concern for shoppers is other people, not food. Though shoppers might worry about infecting themselves by handling the same apple or Cheerios box as someone else, health experts say transmission through food or its wrapping is largely avoidable. Research suggests that the virus can exist on cardboard food packaging for a day, and on plastic for several days, but it becomes less infectious over these periods. “My recommendation is just to wash your hands after you handle external packaging,” Angela Rasmussen, a virologist at Columbia University, says. “High-touch” objects such as shopping-cart handles are a bigger concern, but many stores have provided sanitizing wipes for those.

Coughing humans, meanwhile, can be harder to escape. This is a manageable risk for shoppers who can go to the store at odd hours and use the self-checkout. But at a high risk of infection are the cashiers themselves, who stand just a few feet from hundreds of customers a day. They might pick up the virus through food and money the customer touches. And “if the customer coughs or sneezes near an employee while in line, the likelihood of transmitting the virus through respiratory droplets is also high,” says Brandon Brown, a professor at UC Riverside who has studied infectious diseases.

In this way, the pandemic has put grocery-store stockers and cashiers in an impossible situation. The country can’t simply shut down grocery stores. Along with pharmacies, they’re an important lifeline for homebound Americans. But even essential shopping can endanger low-paid workers who are not trained in pandemic preparedness and have little choice but to show up for work.

To try to mitigate this threat, workers at various grocery stores have asked for face masks, says Hilary Thesmar of the Food Industry Association, or FMI, a trade group of grocery stores. FMI requested masks for workers from the federal government, she says, but it hasn’t been able to procure them, because there’s a national shortage and the priority is health-care workers. Marc Perrone, the president of the UFCW, says the union is pushing for the government to consider grocery-store workers on par with first responders, which might give them access to masks and gloves.

Even then, wearing masks and gloves might violate a store’s rules. A Trader Joe’s employee in New York, who requested anonymity, said workers at their store have been told they are not allowed to wear gloves at the registers. “They don’t want to alter the appearance of normalcy,” the worker told me through a Twitter account associated with a Trader Joe’s workers’ collective. (A spokesperson for Trader Joe’s denied this, saying in an email, “While the CDC does not recommend use of gloves in a retail setting, our Crew Members may choose to wear them.”)

In general, grocery stores have been ramping up their efforts at disease control. They’ve had workers wash their hands more frequently, use hand sanitizer, and clean surfaces more aggressively. A few have added sneeze guards at registers. Some have also offered workers who get the coronavirus paid sick leave, at least through April. Whole Foods, Trader Joe’s, Kroger, Stop & Shop, and Target all offer two weeks of paid time off for workers who test positive for COVID-19 or are placed into quarantine.

However, some employees say these policies fall short of the protections workers truly need. At the same time Whole Foods announced it would provide paid sick leave, the company also made headlines for suggesting that hourly employees donate their paid time off to one another. Like some other stores, Whole Foods granted hourly employees an extra $2 an hour through April, but some told me this was too small of a pay bump for risking their health. And it can be difficult seeing reports of white-collar employees having the luxury of staying home with pay indefinitely.

Read: Who will run the soup kitchens?

I spoke with one Whole Foods employee in Atlanta, who is in quarantine after coming down with a sore throat and fever. (He also requested anonymity to avoid retaliation for speaking with the press.) Though he thinks he will get paid for all 14 days doctors advised him to stay home, he still feels guilty for not being able to help out. The culture of retail, he says, is “if you feel good enough to work, you need to work. We all know what it feels like when there’s not enough people there.” He said his store has been so busy and understaffed that it’s been hard to make time to clean and sanitize. The last day he worked, about a week ago, he was able to wash his hands only a few times during his shift.

In an email response to employees’ accounts, Whole Foods said, “We have implemented enhanced daily cleanliness and sanitation protocols across all stores and facilities,” and “we are operating under social distancing guidelines in our stores and facilities, ensuring that interaction among team members and between team members and customers can happen at a safe distance.” The company also pointed out that it is doubling workers’ overtime pay through May 3.

Though grocery stores might be able to do more to protect staffers, they are never going to be 100 percent safe from the coronavirus. People can transmit the virus while they’re largely asymptomatic. There simply isn’t six feet of space between everyone in the average crowded market, and the infections popping up in grocery stores prove it. But grocery shopping is so comforting and instinctual, people don’t always realize just how much they’re exposing the grocery workers they rely on. Before he went into quarantine, the Atlanta Whole Foods worker I interviewed overheard a customer walk into the store and say into his phone, “I’m pretty sure I have it; I’m going to the doctor now. I just have to stop at Whole Foods first.” 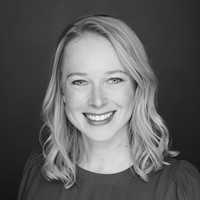 Olga Khazan is a staff writer at The Atlantic and the author of Weird: The Power of Being an Outsider in an Insider World. Connect Facebook Twitter

The world’s sexiest foods: from pine nuts to pomegranate juice – The Guardian