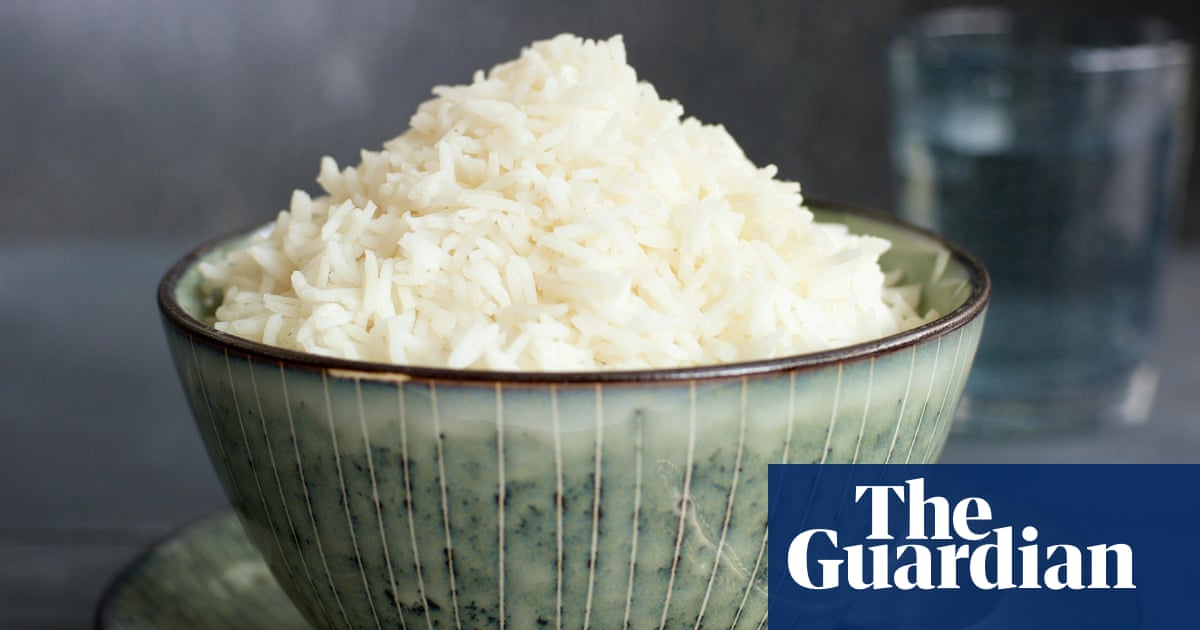 Can you explain the dos and don’ts of cooked rice? I thought it was dangerous to eat unless it’s chilled straight after cooking, but I know people who ignore this with apparent impunity.
Tiff, Bath, Somerset

Can reheated cooked rice cause food poisoning? Yes, is the straight answer – though it’s not usually poor reheating skills that are to blame, but bad storage practices. As food scientist extraordinaire Harold McGee notes in his epic tome On Food & Cooking, “Raw rice almost always carries dormant spores of the bacterium Bacillus cereus, which produces powerful gastrointestinal toxins.” These, in turn, can cause unpleasantness, though thankfully only a relatively mild dose compared with other forms of food poisoning.

Those spores can even survive the cooking process, so the longer rice is kept at room temperature afterwards, the more likely bacteria are to thrive. Which is one reason, among many, to be thankful that those pea and sweetcorn-flecked rice salads so beloved of 20th-century buffets are rarely seen these days. To prevent bacterial growth, McGee advises chilling any cooked grains within four hours, though the NHS suggests even greater caution, saying to cool it down as fast as possible and get it in the fridge inside an hour; it also recommends binning cooked rice after 24 hours, never to reheat it more than once and to make sure it’s piping hot all the way through, which McGee, in typically thorough fashion, sets at 73C or above.

All that said, many wonderful dishes, from Asian fried rice to Indian rice pakora and Italian arancini, rely on cooked rice as their starting point, so please don’t be too put off, Tiff. As Ben Curtis, head chef at Thai restaurant Smoking Goat in London, says: “To make good fried rice, you need to start with ‘old’ cooked rice.” To meet food safety requirements, Curtis chills his rice to below 5C within 90 minutes of cooking, but once you’ve ticked that safety box, he says, the next day the fried rice world is your oyster.

As noted in this column before, the secret to great fried rice is a well-seasoned wok. “The aroma, or ‘breath’, of the wok lends the rice a slight char and smokiness,” Curtis explains. “And keep the wok very hot throughout, to avoid ending up with something upsettingly claggy.” Don’t be shy with the fat or oil, either: “You need a decent amount to make sure you fry the rice, rather than sweat it.” Hot and quick are key here. The Chinese tend to keep additional flavourings to a mimimum, but Thais have no such qualms, Curtis says. He adds lardo for richness – “You can get something similar at home with salted chunks of belly fat or lardons” – and tempers the fatty pork with a nam prik chilli relish, sweet fried onions, garlic, Turkish green peppers and fish sauce. “The more layers of spice, aroma and texture you have, the better.” (He adds that Thais also love fermenting fish or pork in sticky rice by leaving it somewhere humid and warm before frying, but wouldn’t recommend trying the same unless you really know what you’re doing.)

As for arancini, the rice may be a different variety, but the same food hygiene standards apply to arborio and carnaroli as to long-grain, says Francesco Mazzei, who runs the kitchens at Sartoria, Fiume and Radici, all in London. “Risotto is a north Italian dish, anyway. Down south, where I’m from, you hardly see it anywhere. We make riso, not risotto, and the rice tends to be boiled from scratch, often in just water with a little saffron, though I prefer stock.”

There’s a lot more to cooked riso than arancini, too, Mazzei adds. “We use it in all sorts, from croquettes to stuffed peppers to sartu di riso, a kind-of-lasagne pie made with layers of vegetables, meat and rice instead of pasta.” Mind you, in his family the appearance of rice at the table was usually bad news: “Whenever Mum made rice, we all knew it meant someone was ill. Though how rice with lentils can cure anyone is still a mystery – it’s so boring.”