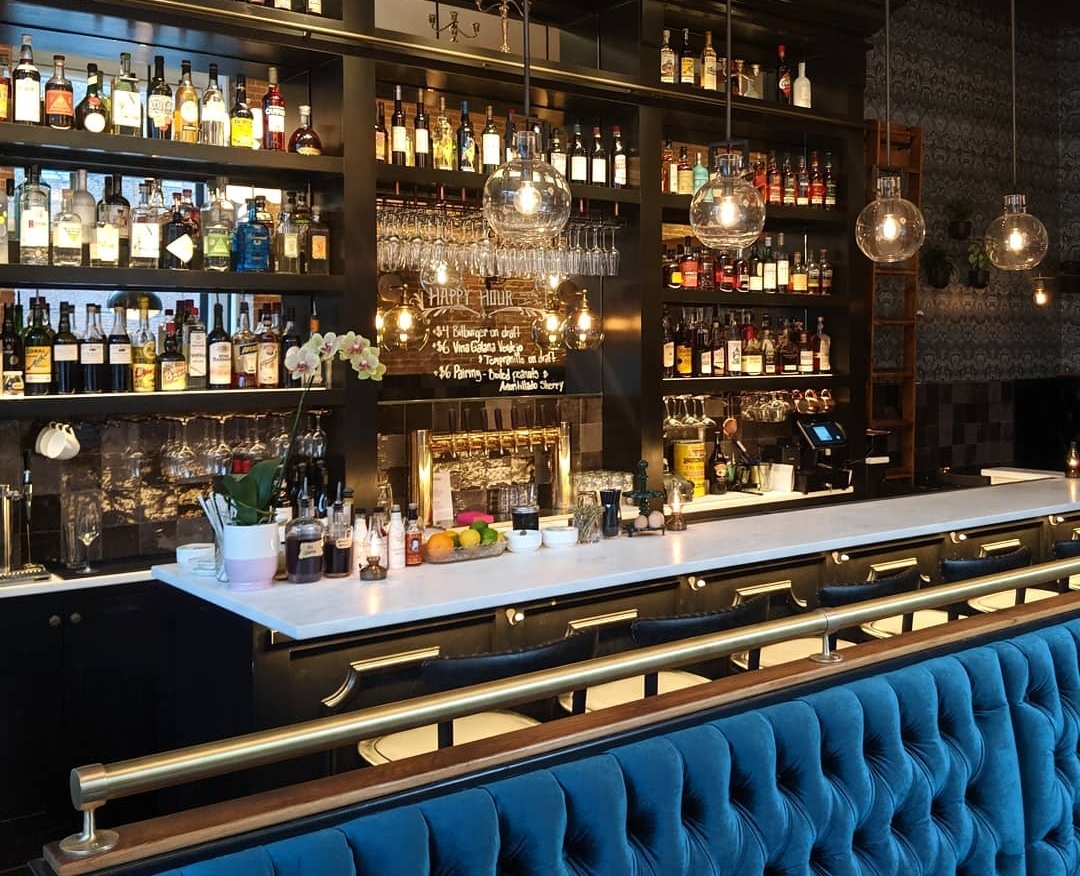 There’s a running joke in my family, albeit straight from the Borscht Belt school of ba-da-bump! humor. And it goes like this: “What’s mom’s favorite thing to make for dinner?” “Reservations!” say my three kids in unison.

Corny, I know, but it makes me smile because it’s true, After all, I am the food and dining editor at Baltimore magazine.

Depending on the month, I eat out between three and five times a week, whether for business or for pleasure—and for a dining obsessive like me, most times those borders blend. It’s the best job in the world, though there have been times when I’ve longed to just stay at home and scramble up some eggs.

Several months ago, a former Baltimore food editor told me that after hanging up her hat at the magazine, she vowed to eat at home for an entire year (which she did).

I could relate. Having come off a particularly gut-busting bender—five dinners out in one week, foie gras, followed by several dishes drowning in cream sauces—I looked at her with envy. “That sounds like heaven,” I said.

Last week, Governor Hogan closed all restaurants and bars, with the exception of carryout to keep the hospitality industry from completely imploding in the wake of the COVID-19 virus. It was a remarkable move that shook many of us to the core. It was the final stroke, a serious statement, that moved me from a sense of growing unease to serious alarm.

Like many of us, even before that, I was concerned, but there were so many mixed messages out there—and this has been unprecedented territory for the world at large. In the first week of March, while washing my hands, I sang happy birthday in my head—ironically, one of those days was my actual birthday—but I was still dining out. I stocked my pantry with dry goods and bought prepared foods I’d normally never eat, but I continued to consider places to review and carried on with my usual restaurant-reporting routine.

The night after President Trump banned coming from Europe to America, I watched executive chef Chris Scanga at work in the kitchen at Petit Louis Bistro. During menu meeting, the staff had been briefed about taking precautions (disposable menus, extra wearing of gloves, and sanitizing of surfaces), word came down that Disney World was closing, the NBA had suspended its season, and Tom Hanks and his wife, Rita Wilson, had just come out of the Corona closet.

It seemed surreal, but back in the kitchen, as onion soup was topped with cheese and placed in the oven for maximum melting, plates of grilled salmon with pomme purée moved down the line, and the comforting din of the dining room found its way into the kitchen, everything felt normal.

As recently as Saturday, March 14, I debated about honoring my reservation at Cookhouse, a new spot in Bolton Hill. With a bottle of Purell in tow, my husband and I decided to go and were careful to ask for a table set apart from the others to practice “social distancing.” It felt great just walking into the space on the site of the former B Bistro, because as long as I could do my job, it felt like business as usual.

The space was breathlessly beautiful with its teal banquettes and mirrored backlit bar. The food needed some work, but the place was in its fourth week of business, and I know that this can be a typical trajectory.

As I always do, I made notes throughout the meal. The Dover sole was pricey and too upscale for a neighborhood spot. The burger, on the other hand, was just right. The boiled peanuts were a mushy mess, but the roasted carrots with horseradish earned plus points. Several people congregated at the bar. The ambiance was warm and convivial. We looked out the window at burgeoning blossoms on the trees, while wondering if we should be sitting there at all. It was the calm before the storm.

The owner/chef made the rounds and asked how we liked our meal. We told him we were looking forward to coming back. “That’s if we’re still here,” he said, his voice catching.

Though I didn’t know it at the time, it would be my last meal in a restaurant for the foreseeable future.

Less than 48 hours later, thousands of service-industry workers were laid off. And in the days that followed, restaurant owners were emptying out their walk-ins and freezers to feed their employee’s families.

“It just hurts me to know that these people who have worked so hard for me to live my dreams are suddenly insecure about where their next meal is coming from through no fault of their own,” Duck Duck Goose’s Ashish Alfred said to me of his staff, echoing what others have expressed, too.

There’s an implicit irony in the hospitality business: Those who choose it as a career often have the need to nurture, even though the wages are low, the hours are long, and the job can be thankless. But many people who pick it, pick it for this sole reason—feeding us feeds them.

Right now, I could kill for a crock of that onion soup from Petit Louis. I’m on the verge of making a Draconian deal with whatever higher power exists (take my pinkie toe!) to enjoy a plate of lentils and labneh at Le Comptoir du Vin. I’d do anything for the Tilghman Island Crab Pot at Woodberry Kitchen.

But in a world where the first quarter of 2020 has basically been cancelled, the body count continues to mount, and we fight a situation that’s been compared to World War II and 9/11, why should restaurants, of all things, matter?

But in fact, they matter now more than ever.

Restaurants, an $836 billion-dollar industry in the United States in 2019, are as necessary as food itself. We dine out to be nurtured, to get respite, to refuel, to reset, and share a common cause—the love of eating and drinking together. In France, where the first restaurants originated, the word “restaurant” comes from the word “restore.”

In my work, I spend a great deal of time considering what makes a restaurant great. Of course, there are the elements of food, ambiance, and service to consider, but what makes a restaurant memorable transcends the table. I can’t always remember what I ate—and taste is subjective, anyway—but I always remember how I felt sitting in a particular space.

Dining out not only provides a restorative escape, but it gives us a sense of kinship and community. When all goes well, it feels sacred, celebratory, and special. It fills us physically, yes, but it feeds us spiritually, too. What’s on the plate is paramount, but it’s only part of the bigger picture. At a time when there’s a need for so much healing, what better place to do that than in a restaurant?

Right now, we have no idea how long it will be before we resume our regularly scheduled lives. At this point, it feels like we’re facing many months of “social distancing” and self-isolation. When this is over, many restaurants will be added to the list of casualties. Some fledgling spots will never get the chance they needed to take root. And even old stalwarts are at risk—just as we all are.

But some restaurants will be back, while new ones will open and thrive. And our desire to commune over a meal will be stronger than ever. When that time comes, I’ll be there making my favorite thing for dinner.

Domino’s restaurant is the No.1 choice when it comes to eating out with friends – Mumbai Live