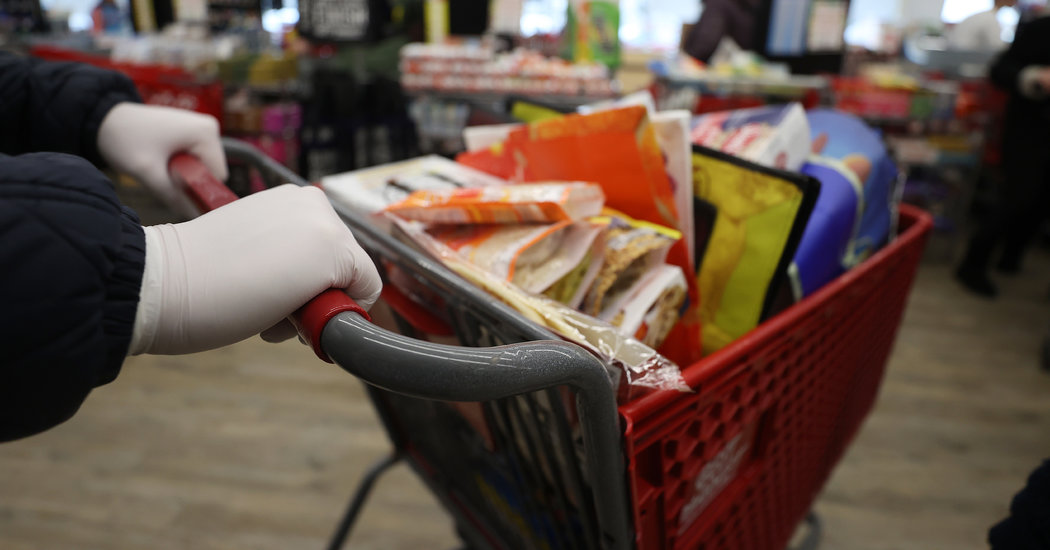 This article is part of Frank Bruni’s free newsletter. You can sign up here to receive it every Wednesday.

Conservatives’ complaints that the media exaggerates the threat of the coronavirus to make President Trump look bad are at this point drearily familiar. But a few days ago, the Fox News host Steve Hilton added a new twist, an additional reason “our ruling class and their TV mouthpieces” are “whipping up fear.”

“They can afford an indefinite shutdown,” he said. And by his estimation, they don’t care enough about the tens of millions of less-privileged Americans who can’t.

Let’s leave aside the strange notion that it’s the president’s critics, and not the president himself, who have a caring deficit. Let’s not touch the odd use of “ruling class” to define those critics, most of whom can’t match the president’s wealth, cronyism, nepotism and tax shenanigans, and none of whom are rulers of his station, because none sit, as he does, at the apex of government.

Let’s look instead at Hilton’s suggestion that this pandemic is amplifying the different vulnerabilities and fates of people who occupy different tiers of wealth in America. Let’s examine the idea that as the pandemic disrupts life for some Americans much more consequentially and irreversibly than for others, resentment will rise.

Hilton gets that much right. The pandemic is first a story about public health. But it’s maybe second a story about class, and I think the conversation about income inequality in America, which has increasingly heated over recent years, is about to grow more heated still.

I spotted a wickedly observant and totally depressing tweet on Monday. Above a picture of dozens of people pressed tightly together — not six feet apart — outside a New York restaurant beloved by New Yorkers with the budget for that love, the tweet said: “Lockdown, Manhattan style: an incredibly grim photo of all the Caviar delivery guys waiting to pick up orders of $70 veal parm at Carbone.”

Caviar transports meals from high-end restaurants to well-paid people eating at home, and it’s unknowable whether everyone in that scrum worked for the service. Some could have been Carbone customers who themselves dropped by for takeout.

But it’s undeniable that many hourly laborers who don’t get paid if they don’t show up are ignoring the dictates of social distancing — and taking the accordant risks — as they cater to salaried professionals who can socially distance to their hearts’ content.

The Times’s Opinion section recently published an article by one of those workers, a woman who in fact works for Caviar in Seattle. She wrote: “I can’t self-quarantine because not working is not an option. If I don’t make enough money, I can’t feed my children for the next six weeks. I’m not stopping, fever or no fever. And that’s what most other gig workers would do too, because none of us makes enough money to save up for an emergency like this.”

The discrepancy between her situation and that of the people whose homes she delivers food to is obviously bothering and even infuriating many Americans. The tweet that I mentioned before, by Tom Gara, an editor at BuzzFeed News, was liked by more than 4,500 Twitter users and re-tweeted by more than 1,500 of them.

I also spotted, in The New York Post, a column by Maureen Callahan with a headline proclaiming “class warfare in Hamptons.” What prompted the hostilities? According to Callahan, the influx of second-home owners (or, this being the Hamptons, third- and fourth-home owners) who fled their populous, congested, infectious New York City neighborhoods for greener pastures and are monopolizing the precious resources there with no regard for the less-affluent folks who live and work in that area of Long Island year-round.

The column quoted one lifelong East Hampton resident, Jason LaGarenne, as saying that he’d seen “breathtaking acts of selfishness,” including a man leaving a grocery store with “a cart full of carrots.”

“Just carrots,” LaGarenne said. “Another cart was full of bottles of water and orange antimicrobial dish soap. If you’re a ridiculous person in general, I guess your ridiculousness is amplified by something like this.”

One more thing I spotted: an article in Axios, by Kim Hart, that beautifully and succinctly summarized how “the coronavirus economy will devastate those who can least afford it.” Hart noted that you can’t “shelter in place if you don’t have shelter in the first place,” and while that’s an extreme iteration of epidemiological inequality, it gets at a broad truth:

Despite occasional platitudes about illness being a great leveler and despite the susceptibility of anyone — even Prince Charles — to infection by the coronavirus, this pandemic does discriminate. There are affluent Americans for whom it’s a forced vacation and less-affluent Americans for whom it’s the road to financial and emotional ruin. Not even a $2 trillion federal aid package is going to change that.

Restaurant survival hopes pick up as USD 28.6 billion in grants begin in US – Economic Times