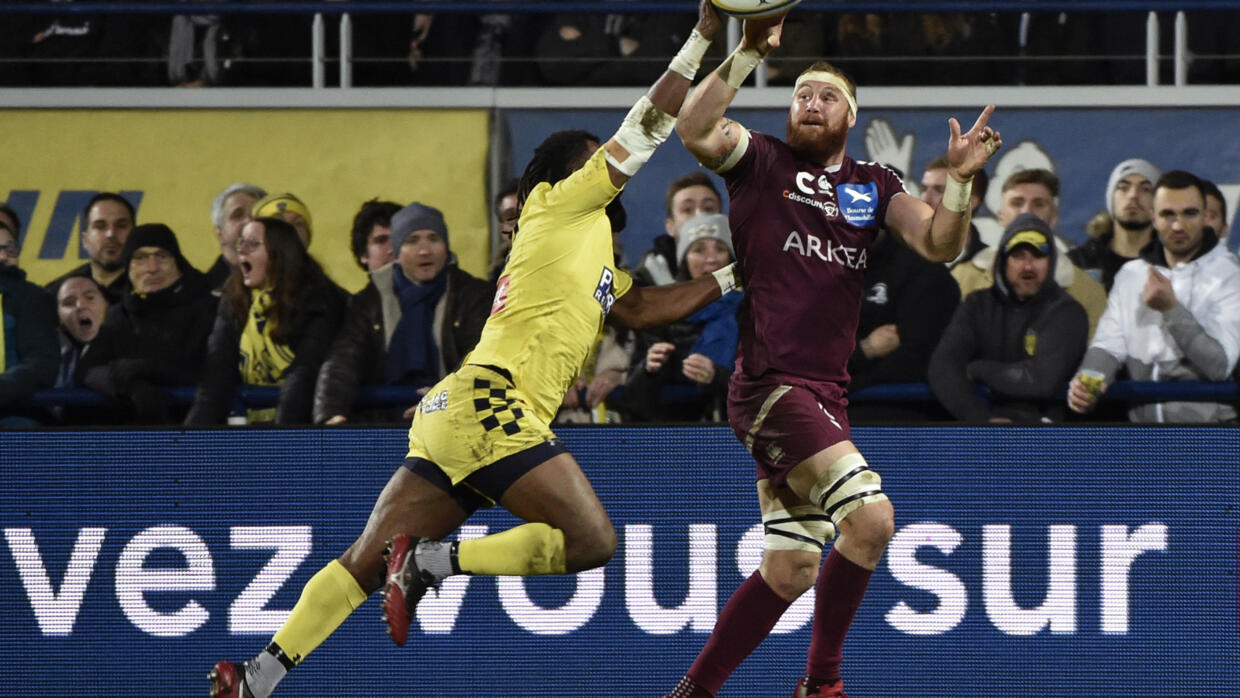 From perfecting pizza dough to fermenting tea, rugby players in Europe have found different ways to pass their time during the lockdown forced by the coronavirus pandemic.

Australia international Scott Higginbotham, who plays for Bordeaux-Begles, has been busy in his kitchen during the confinement period which started in France on March 17.

“My wife and I take turns in going out and doing a bit of exercise and a lot of cooking. Every meal is made from scratch,” Higginbotham told AFP this week.

“I made my own pizza dough the other day which was quite nice. I do love pizza so that was a big one for me going forward.

“I made a chili con carne on Monday which was pretty good if I don’t mind saying so myself,” he added.

New Zealand-born Dean Budd plays for Treviso in northern Italy where people have been confined to their homes for more than two weeks due to COVID-19.

“I’ve made some nice pickled eggplant, that was my go-to. I tried to make some fermented hot sauce, but that failed,” Budd told AFP.

“I’m brewing kombucha (fermented tea) so that keeps me busy as well. The problem with fermentation is time so I’m wanting to taste them and staring at them wanting them to go faster because I’ve got nothing else to do,” he added.

Second-row Budd, who has 29 caps for the Azzurri, lives in an apartment with partner and lifestyle blogger Amelia Rogers and said keeping fit has been difficult.

“There’s only a certain access to things and only so much you can do with your creative mind by lifting tables, hanging off tables and running up and down stairs. It’s very challenging to stay active,” he added.

Budd’s Italy team-mate Maxime Mbanda has become a volunteer ambulance driver in the city of Parma during the outbreak.

“What Max has done is awesome and symbolises what a rugby player is about. Giving to the greater good,” he added.

For Racing 92 coach Mike Prendergast in Paris the task of keeping in touch with work is different.

“It’s a tricky one because there is no day-to-day training or games to analyse. What I’ve been doing is working off my laptop, looking at our games throughout the year, little areas we can get better at,” he told AFP.

“There’s not much more you can do as coaches. You can’t even plan ahead because you don’t know what’s going to happen,” he added.

– The whacks, the bumps, the bruises –

The French Top 14 and the Pro14, which Budd’s Treviso compete in, are both postponed without a restart date.

Higginbotham, who won the last of his 34 Wallabies caps in 2017, called for a training period of up to a month before matches take place again.

“There’s definitely going to need to be a few weeks of re-conditioning before they think about playing games. That’s without question,” he said.

“Three to four weeks would be enough to get us back to game playing weight,” he added.

Budd, 33, said sessions before getting back on the playing field were essential.

“You need the whacks, the bumps, the bruises, you need to learn how to sprint again,” he added.

“With player welfare we need to be doing things in controlled situations before going out there.”

Its Raining Cakes For Jasmin Bhasin Ahead Of Her Birthday; Take A Look – NDTV Food