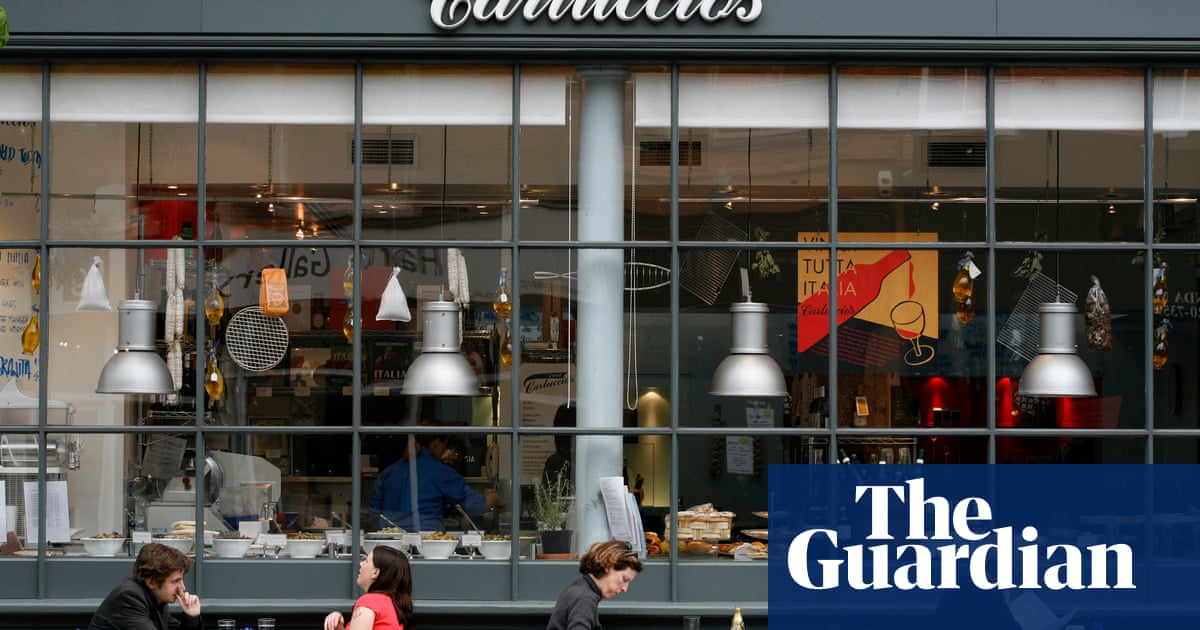 The coronavirus pandemic is expected to lead to the demise of thousands of restaurants, pubs, shopping chains and other high street businesses, despite the government offering unprecedented financial support and changing insolvency rules to give companies more time to pay debts.

The nationwide lockdown has already forced the permanent closure of almost all branches of the restaurant chains Carluccio’s and Chiquito. Other big restaurant groups, pubs and shopping chains have warned that they could collapse if the government extends the self-isolation conditions beyond the initial three-week period.

The fashion chain Monsoon Accessorize said on Sunday it had been badly affected by the outbreak and was looking at a range of options. One is a sale of the business, which is being explored by restructuring experts at FRP Advisory, raising fears for the future of the chain’s 3,500 employees.

The number of people visiting the high street has decreased by three-quarters since the government ordered non-key workers to venture out of their homes only to buy food, for other essential services, or for daily exercise.

The retail intelligence firm Springboard said footfall last Tuesday – the first day of the lockdown – was down 75.4% compared with the same day in 2019. “The annual decline in UK footfall on Tuesday 24 March was the most severe on any day since the start of the coronavirus outbreak, but it was still less than in both Italy and the US,” said Diane Wehrle, marketing and insights director of Springboard.

Pressure on retailers was underlined by analysts at Goldman Sachs, who predicted that clothing and homeware sales at Marks & Spencer could fall by 60% in the three months to the end of June. The credit rating agency Standard & Poor’s has cut its assessment of M&S’s long-term debt from BBB to BB+, a grade that is often referred to as “junk” debt.

The downturn comes as new figures showed that pub and restaurant businesses were already under severe pressure before the coronavirus struck the UK.

More than 1,400 restaurant businesses and at least 500 pub businesses collapsed into insolvency last year, according to the accountancy group UHY Hacker Young. The number of collapses in 2019 was 10% higher than in 2018, and included high-profile names such as Jamie Oliver’s UK restaurant empire.

Peter Kubik, a partner at UHY Hacker Young, said restaurant chains were likely to be the hardest hit from the coronavirus crisis. “Most other businesses can shift their staff to home working or sell through the internet. Clearly that is not possible for pubs,” he said.

The Restaurant Group has said the majority of its Chiquito restaurants will not reopen when movement restrictions are lifted, and nor will its 11 London-based Food & Fuel pubs, leading to the loss of 1,500 jobs.

The group, which also owns Wagamama and Frankie & Benny’s, has previously blamed falling sales for the decision to close more than 100 of its outlets. The company is run by Andy Hornby, who was chief executive of HBOS during the 2008 financial crisis when the bank had to be rescued by Lloyds TSB.

The Italian restaurant chain Carluccio’s is understood to be preparing to file for administration. The restructuring specialist FRP Advisory confirmed it was working with the chain, which has 73 sites and about 2,000 employees.

Fred Diamond, a consumer analyst at GlobalData, said the outlook for the restaurant and pub sector looked increasingly bleak. “As people adjust to isolation by making their home as comfortable as possible, street retailers will have an even harder time convincing people to leave their living rooms. The restaurant sector will, by the end of this, have fewer stores and less cash,” Diamond said.

‘Light’ or ‘fat-free’: the fine print of food – Entrepreneur