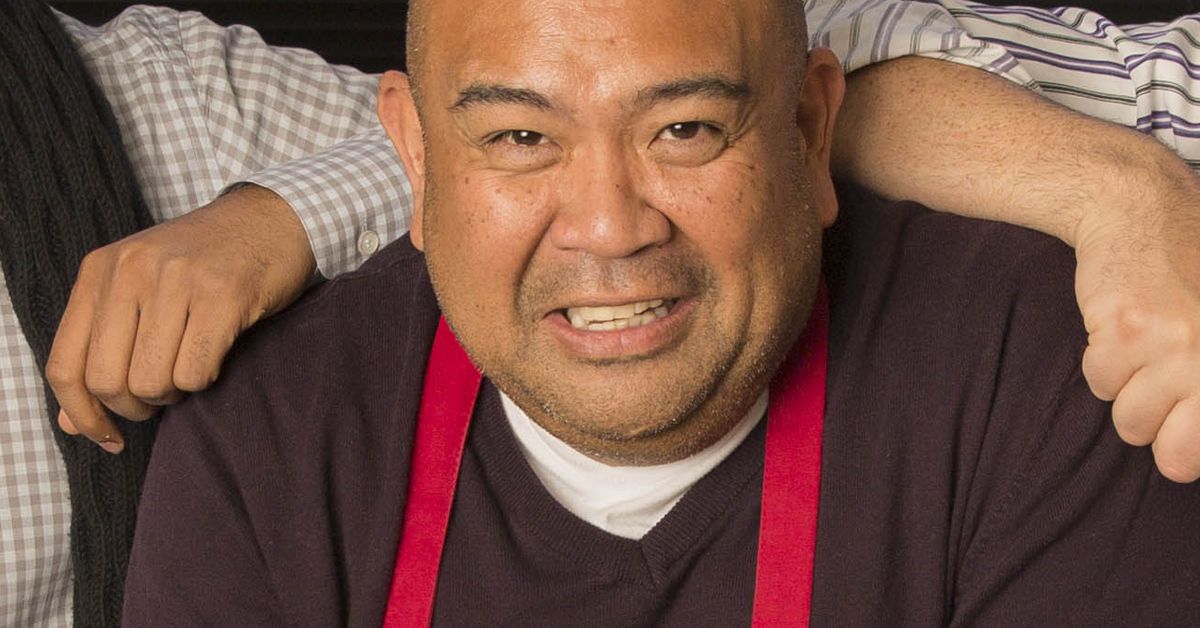 Chicago’s restaurant community is in mourning after the death of chef and restaurateur Rodelio Aglibot. Family and friends posted that the internationally known chef, known for River North Pan-Asian hotspot Sunda and other Chicago restaurants, died Saturday of cardiac arrest due after a heart attack on Friday night in Cincinnati, Ohio. Friends told Eater that his death doesn’t appear to be COVID-19 related. He was 52.

Over the course of his two-decade career, Aglibot earned the nickname the Food Buddha. He embraced the moniker, given to him for his appearance and how he answered the questions. It became his brand and the name of this his TV show. His sister, Ruby Byers, posted about her brother’s death on Sunday on Facebook.

“My brother was such a gift. God used him to show His love through him – through his food, random texts/calls that would uplift people, his presence and ability to make you feel like you were his best friend (and you truly were). God used him to connect people to other people and opportunities that have impacted lives across the globe. Rodelio Aglibot was really a blessing to so many.”

Byers told Eater Chicago that “the outpouring of support has been amazing. We’re so thankful for that.” She said she visited her brother in Chicago often.

“We met so many people through [my brother] that now I feel like I have extended brothers an sisters that are reaching out to me and I know I’ll always be welcomed, there,” Byers said.

Aglibot specialized in Filipino and Hawaiian food, but in truth, he mastered a wide variety of food genres. That breadth of knowledge was and is on display in the many restaurants he was associated, which included Chicago’s Sunda, as well as FireFin Poke Shop. He opened E + O New Asian to Cincinnati earlier this year.

He influenced many Chicago’s chefs including Ray Espirtu (Isla Pilipina), Lawrence Letrero (Bayan Ko), and James De Marte (Pisolino). The three all posted tributes on Facebook. Aglibot also appeared on many television shows, including his aforementioned starring role in Food Buddha on TLC.

Born in the Philippines and the son of a Navy cook, Aglibot spent formative years in Hawai’i, and went to high school and college in Los Angeles before deciding to pursue cooking as a profession. Aglibot had said that as a young man he never imagined cooking would become his passion, as early in life he only associated it with kitchen prep chores doled out by his father.

The chef’s legacy in Chicago is tied to Sunda, the River North restaurant that continues operations along Hubbard Street. When nightclub impresario Billy Dec opened Sunda in 2008, Aglibot was its first chef. He helped define the restaurant as one of the city’s most popular hot spots, showing off Filipino and other Asian food in a lively and modern setting. He would later leave for the suburbs to open up Earth + Ocean in Mount Prospect. It was a big get for the ailing Randhurst Shopping Center, with a menu of food from the Philippines, Korea, and Vietnam.

Still, Aglibot’s creativity began to emerge at the earliest opportunity. Aglibot’s first job during high school came at a fast-food restaurant, KFC, and even within that tight corporate structure, the future chef began to instinctively experiment.

He also helped start In Chef’s Hands in 2010. The charitable organization’s mission is culinary education for people with disabilities and special needs who have a love for food and cooking. Much of the programming is led by well known chefs.

He would purchase fresh vegetables and bring them to work where he’d toss them in the secret herbs and spices and fry them during downtime. Aglibot said his immigrant parents initially pressured him to get a traditional education and he considered both engineering and medicine at first while attending UCLA, but soon realized he needed to be back in the kitchen. Aglibot then moved to San Francisco to begin his formal culinary education and career. Despite his professional success, Aglibot insisted that he always did what he did out of love.

“A tragedy of life is not to find one’s passion,” he said in an interview. “A greater tragedy is to know one’s passion and deny oneself of its treasures.”

‘Is It Cake?’ feeds viewers visual catharsis for uncertain times – The Conversation