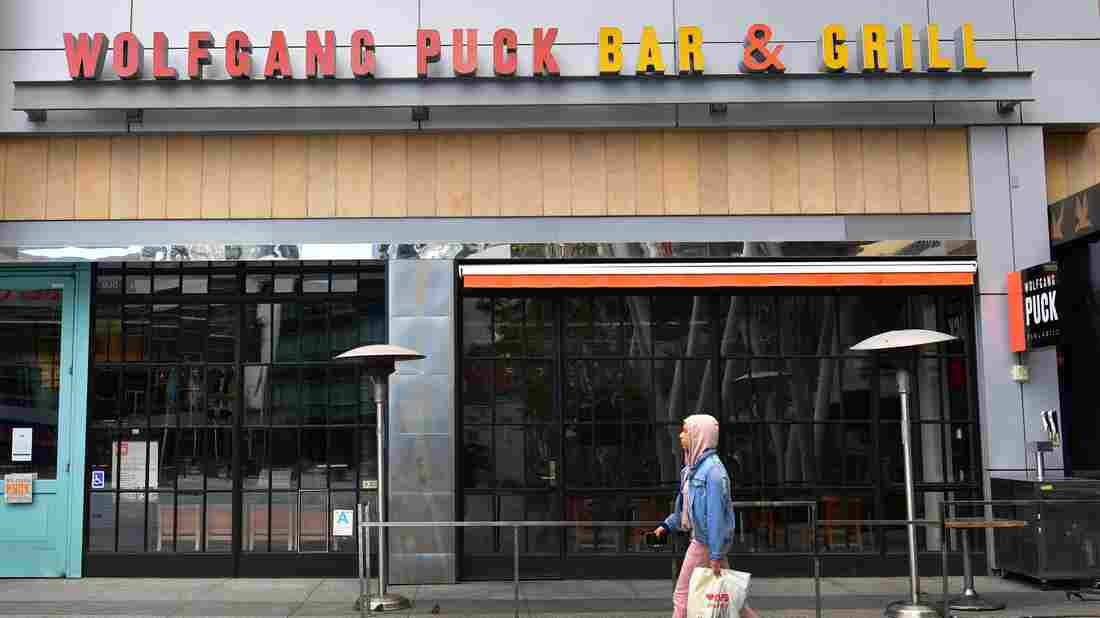 This new world of social distancing has hit the restaurant industry particularly hard — and some of the biggest names in that world are scrambling for solutions. Celebrity Chef Guy Fieri started a relief fund for industry workers impacted by coronavirus. The National Restaurant Association teamed up with other hospitality organizations to call for a national moratorium on rent and evictions. Other celebrity chefs like Wolfgang Puck, Thomas Keller, and Daniel Boulud even hopped on a call with the President to urge insurers to accept business interruption claims.

But President Trump had a different takeaway from that conversation. At a briefing on Sunday he offered this solution:

So what I’m doing is I’m going to tell Secretary Mnuchin and also our great Secretary of Labor, who you know very well, to immediately start looking into the restoring of the deductibility of meals and entertainment costs for corporations that set the restaurant business back a lot when it was done originally, and then done not so long ago.

And we’re going to go to deductibility so that companies can send people to restaurants. I think it’ll have a tremendous impact and maybe keep them open.

In a tweet on Wednesday, Trump reiterated the call for deductibility by businesses on restaurants and entertainment, saying “they will all be saved!”

Congress must pass the old, and very strongly proven, deductibility by businesses on restaurants and entertainment. This will bring restaurants, and everything related, back – and stronger than ever. Move quickly, they will all be saved!

The massive 2017 Tax Cuts and Jobs Act — which cut the corporate tax rate from 35 percent to 21 percent — did change some things about how businesses can deduct certain expenses, but dining actually remained deductible. According to the IRS:

Taxpayers may continue to deduct 50 percent of the cost of business meals if the taxpayer (or an employee of the taxpayer) is present and the food or beverages are not considered lavish or extravagant. The meals may be provided to a current or potential business customer, client, consultant or similar business contact.

What changed was that deductibles related to entertainment were nixed. Prior to the TCJA, a business could deduct up to 50 percent of expenses for things like sports tickets, golf outings, theater trips, and casinos. In an interview with Fox Business, Wolfgang Puck said going back to these deductibles would help the restaurant economy, but pivoted quickly back to the need for insurers to pay business interruption claims, saying “hopefully we get the insurance to pay up, and hopefully the administration will help us to get some money sooner than later.”

‘It’s an $800 tip!’: Pizza server gets slice of kindness with generous tip from customers – WFLX Fox 29