Mumbai, India – For farm worker Manisha Uke, being able to survive is contingent on two factors – one, getting a daily wage of 100 Indian rupees ($1.3) a day and two, receiving a widow’s monthly pension of 1,000 rupees ($13.1) from the government.

Since the onset of the COVID-19 outbreak in India at the beginning of March, both sources of income have dried up.

Just days after Indian Prime Minister Narendra Modi announced an unprecedented three-week lockdown to halt the spread of the coronavirus, Uke, 30, who lives in a village in Maharashtra in western India ran out of money and groceries. “So, I started feeding my three young girls rice with a chutney, made of crushed onions or tomatoes,” she says.

She managed to find work in a neighbouring village for a day. With the money she earned, she was able to buy some food from a market 10 kilometres (6.2 miles) away.

Countries are asking ppl to #stayhome & shutting down population movement to limit #COVID19 transmission. These steps can have unintended consequences for the poorest & most vulnerable. I call on countries to ensure these populations have food & life essentials during the crisis.

But getting to the market with an autorickshaw cost her 300 rupees ($3.9) – three times her daily wage – as no buses were running due to the lockdown. She offered to compensate the driver later, but he insisted on her paying him immediately

“So I gave him my necklace to keep, till I can pay him back,” she says. He agreed but said he would charge an additional dollar in interest.

As the coronavirus cases in India climb, imposing a lockdown on 1.3 billion people was always going to be challenging. So far, the country has had a reported 2,032 cases and 58 deaths. But the movement restrictions will prove economically devastating for India’s poor, who live in its vast rural areas, say analysts. 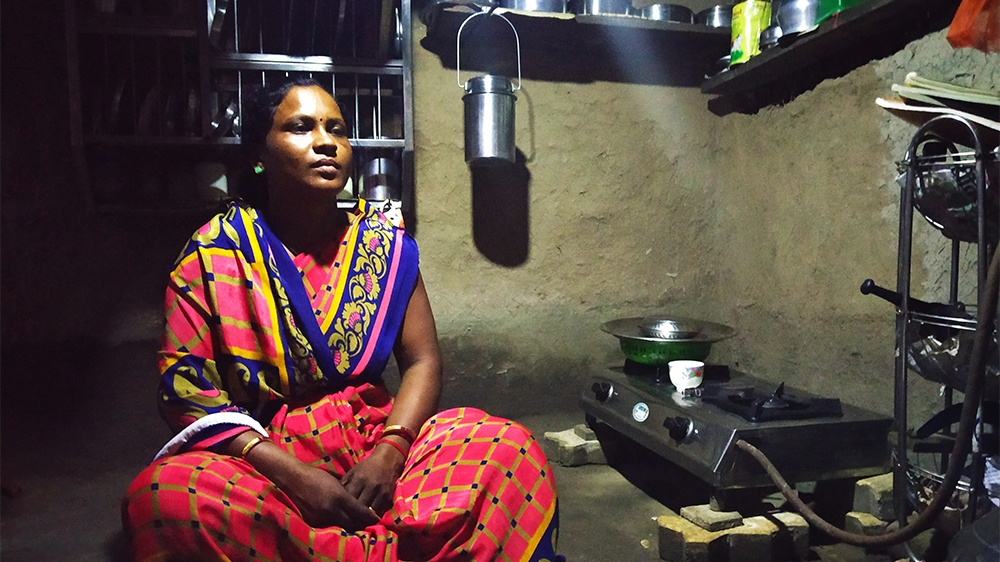 Modi’s sudden announcement on March 24 sent waves of panic across the country. But for India’s 40 million migrant workers it was a do-or-die situation to seek the safety of home.

The announcement, just four hours before the lockdown was due to start, caused an exodus among the working poor. Thousands fled on foot to their villages, often hundreds of kilometres away, leading to the death of at least 20 people.

But not all of its effects have become apparent yet.

With the lockdown suspending all forms of work for three weeks, India’s poorest from some of the country’s most underdeveloped regions now face penury and deprivation.

With very little savings and a poor social security net, families in rural India are having fewer meals, borrowing money and braving the threat of police violence in order to go out and work.

“I feel ashamed saying this but I don’t think I have even Rs 100 left with me. Modi should tell us how people like me are supposed to survive in this lockdown,” she says.

On Thursday, the director-general of the World Health Organization said the lockdown to limit the COVID-19 transmission had “unintended consequences for the poorest” and “most vulnerable”.

“I call on countries to ensure these populations have food [and] life essentials during the crisis,” Tedros Adhanom Ghebreyesus tweeted.

According to the World Bank’s 2015 estimates, India has 176 million people living in extreme poverty and like Uke, who earn less than $1.9 a day.

The United Nations’ 2019 Multidimensional Poverty Index (MPI), a more holistic measure of poverty that looks at deprivation through the lens of nutrition, health indicators, schooling, sanitation and access to essential amenities puts the number of poor in India at 369 million.

What makes the situation so grim is that at least 380 million people in India – more than the population of the United States – are employed in the informal sector, according to an analysis of the data gleaned from the International Labour Organization and the Indian government.

Like Uke, most informal workers earn anywhere between 100 rupees and 300 rupees, depending on the work, the region and their gender, just enough to make ends meet.

Government data shows, on average, Indian rural households have a monthly surplus of only 1,413 rupees ($18.5) which is often used to repay their debts.

But in Jharkhand, one of India’s poorest states, most rural households only have a surplus one-fifth of that figure.

The possibilty of near-starvation is now being discussed in many rural areas in India.

Kalamuddin Ansari works with a local community organisation helping the poor get access to legal aid and is from a village in Jharkhand in eastern India. He earns 7,000 rupees ($91.7) a month but it barely covers expenses for his family of five.

But since the restrictions were imposed in March, Ansari was not able to go in person to collect his monthly stipend.

“It has been more than a month since I got my last salary. I don’t know how much more we will be able to hold it up for,” he says. His family now mostly has rice supplemented with a few vegetables.

Karmu Bhuiya, 45, lives in the same village as Ansari and has to support his mother, wife and son.

Bhuiya is a casual labourer who does odd jobs which get him about 250 rupees ($3.3) a day. But since the lockdown started, work has dried up. Most days, the family eats rice with a little oil and salt.

“Other days, if we find any edible greens growing around our house, we crush it into a chutney and eat it with rice, because spices are too expensive,” he says.

But with the current movement restrictions, Ansari and Bhuiya cannot even pick up the occasional odd job.

Ansari says villagers are full of stories of police using violent means to stop anyone who ventures out of the house. His smartphone is filled with videos showing some of these purported incidents, which reportedly took place in a village close to his.

Rahul Bais, a co-founder of Swarajya Mitra, a non-governmental organisation that works on issues of education and women’s empowerment in rural Maharashtra, says most rural households do not have the means to cope with the lockdown.

“Most families buy goods on a weekly basis at weekly village markets. That’s just how much liquidity they have. Which is why, shutting down the economy means shutting down all the flow of money in, anyway, precarious households,” he says.

For now, Bhuiya and Ansari are supported by the government’s public distribution system, a long-standing government food security programme that distributes grains at heavily subsidised rates.

But the food distribution scheme is frequently interrupted. After not receiving any rations for four months, they were resumed in March when the Modi government announced a $22.50bn relief package to help the poor cope with the loss of income during the lockdown.

The programme offers the poor support by distributing free food to 800 million families, cash transfers of 500 rupees ($6.6) for 200 million women, 1,000 rupees for 30 million seniors citizens and free gas cylinders for families for the next three months.

However, many analysts question whether these supplies can be distributed in time.

Dipa Sinha, an assistant professor of economics at the School of Liberal Studies in Ambedkar University Delhi, calls the measures inadequate and a “little too late”.

“It has been close to a week since the announcement, but we don’t see that it has been implemented yet, not even in the capital, New Delhi. These were supposed to be emergency measures and one wonders if India’s systems, weak anyway, will be able to deliver these benefits,” Sinha says.

Back in Amravati, Uke has heard little about the Modi government’s relief package. She is not even sure if she qualifies. And even if she does, she thinks the scheme is not for her.

“How am I supposed to reach the bank, more than 10 kilometres away to claim the cash transfers now that they shut the public transport too? I will have to pay more for the travel fare than what I get,” she says.