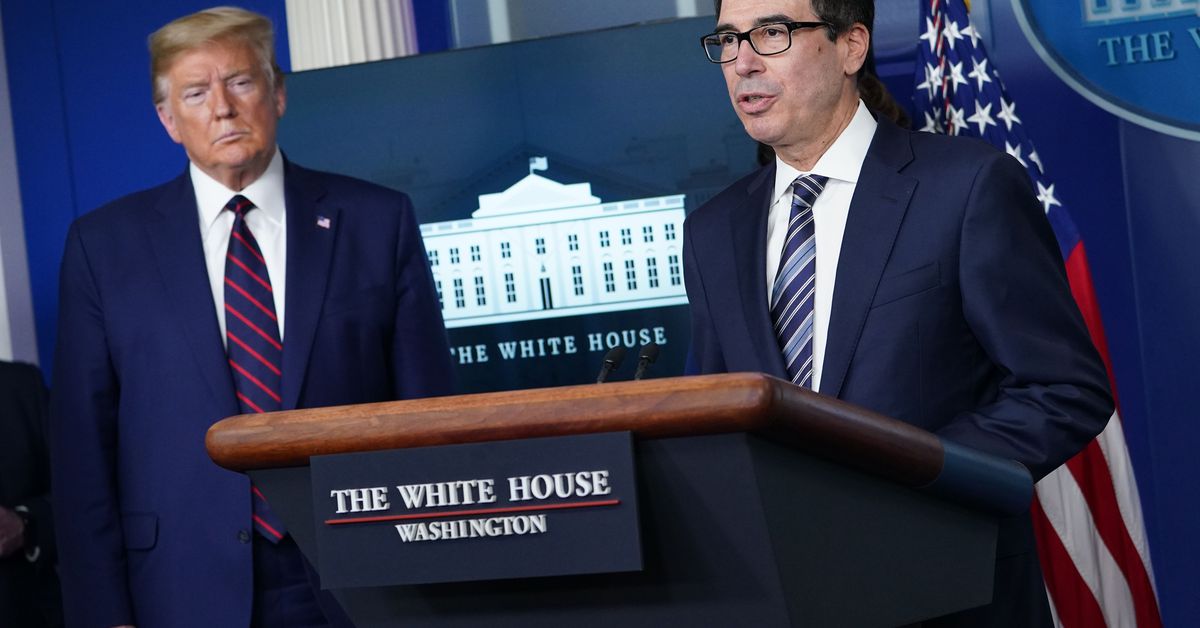 During a White House press briefing on April 2, a journalist asked Treasury Secretary Steve Mnuchin what incentives restaurants had to keep paying workers — a key goal of the $350 billion Paycheck Protection Program — if no one is actually patronizing those businesses, which remain largely shuttered in New York. The secretary responded by explaining that the program’s loans turn into grants, which is true if workers are kept on staff. “You get money for their medical…you get money for your rent…this doesn’t cost the business owner anything.”

On the contrary, the paycheck program could cost restaurants untold sums, a fact that became all the more clear when the government published new details of the stimulus last Thursday, hours before banks (frantically) started taking applications. Per new Small Business Administration guidelines, borrowers will encounter even tighter restrictions on loan forgiveness. They’ll also face disqualification if any owners are on parole or probation, and they’ll risk thousands (or tens of thousands) in monthly payments thanks to higher interest rates and a shorter payback period.

U.S. House Speaker Nancy Pelosi and Senate Minority Leader Chuck Schumer have both called for aid to small businesses in future stimulus bills, which could come as early as late April. In the meantime, however, the paycheck program isn’t just insufficient for restaurants; it could be financially devastating for them — all while providing a windfall to lenders. Here’s how:

Restaurants that don’t fully rehire their staffers by the end of June will see loan forgiveness reduced — a serious issue if there’s a slow recovery. What’s even more serious is the interest rate published for those loans: one percent, which Mnuchin raised last week from an earlier proposal of 0.5 percent after community banks protested. The payback period of the loans has also gone down from a lengthy time frame of 10 years to a narrow two years.

Translation: Restaurants will have to pay back their obligations over a shorter period of time, a heck of a sacrifice to make when they’re already hurting. In addition, the higher interest rate could add thousands of dollars in fees to these suffering establishments.

The crux of the issue, though, is the June 30th deadline for rehiring. Imagine that a mid-sized steakhouse takes out a hypothetical $400,000 paycheck loan, hoping for full forgiveness, but then finds that it can’t employ a full staff because there’s not enough diners to sustain the business by then. So let’s say the forgivable portion of the loan is cut to $200,000.

Let’s also assume the restaurant defers payments on the remaining $200,000 for six months. Interest alone, depending on how it’s calculated, could add thousands to the balance, while monthly payments would exceed $11,000 for the remaining eighteen months — and that’s on top of a restaurant’s existing rent and payroll. For many restaurants operating on razor thin margins and with few cash reserves, such payments would simply be unsustainable.

The PPP excludes people on probation or parole

Any restaurant, bar, or small business will be ineligible for taking out a paycheck protection loan if one of the owners (with an equity stake of more than 20 percent) is on probation, parole, or has been convicted of a felony in the past five years. That means owners who have already paid their debt to society — in a mass incarceration system that disproportionately targets minorities — will be excluded from the government’s chief small business recovery effort.

Restaurants hoping to determine their precise loan forgiveness rate are currently out of luck. The Small Business Administration announced that it still has “further guidance” to issue on that subject, which means culinary establishments borrowing hundreds of thousands of dollars are left in the dark. What’s more, the SBA has decided to restrict businesses from spending more than 25 percent of the loan’s forgivable portion on anything other than payroll.

Payroll, alas, doesn’t mean much for restaurants that remain shuttered, with little need for staffing, while other fixed obligations pile up. A restaurant that takes out a $200,000 loan, half of which is forgiven, would only be able to use $25,000 of the forgivable portion on a combination of rent, utilities, and interest payments. That number would barely cover a month’s rent at a hip Flatiron or Chelsea locale.

Banks are the only ones truly guaranteed free money

During last week’s press conference, another journalist seemed to wonder if banks would be able to make enough money on this program. Here’s how Mnuchin responded: “I’ve told bankers they should take all their traders and put them in the branches. There will never be another opportunity to earn five points on a fully government guaranteed loan.”

And while every business has its own revenue models — the country needs functioning banks — there’s something fishy about a program that secures hefty sums for a well-capitalized financial industry while little is guaranteed for restaurants putting up hundreds of thousands of dollars — and the livelihoods of its owners — on the line.

A Restaurant Owner, Hurt by the Pandemic, Gets Advice on Shoring Up His Personal Finances – The Wall Street Journal