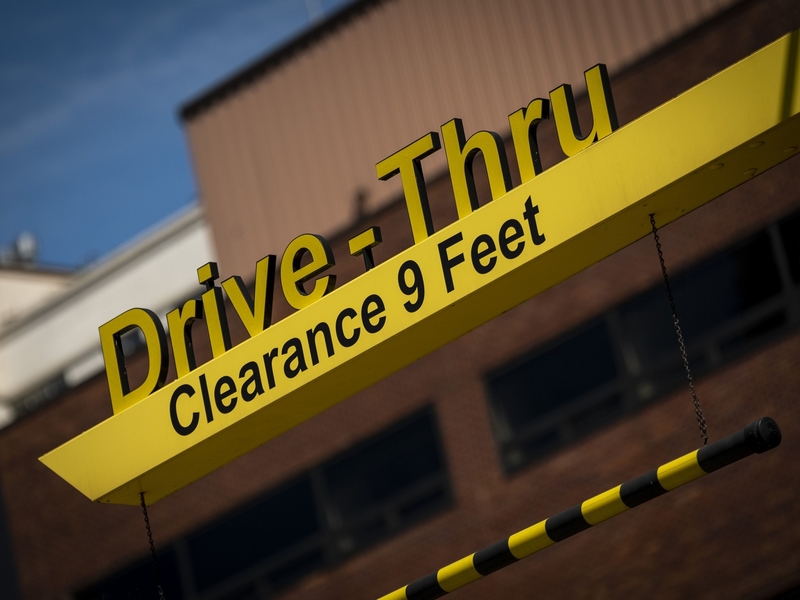 (Bloomberg) — Some of America’s fast-food workers are finally getting face masks and emergency sick days to help get them through the coronavirus outbreak. Now the challenge for labor activists is to capitalize on the moment to win permanent improvements in pay and benefits.

The rank and file wouldn’t normally be in position to make demands in a job market that’s suddenly teeming with millions of newly unemployed people. But with restaurant drive-thru and pickup services continuing through the pandemic, restaurant workers braving the front lines have won the moral high ground to ask for more protection from their employers. And, in many cases, they’ve gotten it — a rare victory for employees in an industry known for its resistance to organized labor.

With public sympathy on the workers’ side, groups such as Fight for $15 argue that now is the time to seek more lasting change. But it’ll be tough. Sales at restaurants and franchises have dropped precipitously, with no recovery in sight. Even before Covid-19 swept across the U.S., restaurant workers were having a tough time getting traction on better pay and benefits because companies argued they were in a dogfight for customers and couldn’t afford them.

In response to recent employee pleas, McDonald’s Corp. said last week that it will shift its policy to allow employees to wear masks and is working to supply them. The chain is now offering paid sick leave, though only to workers at the 5% of restaurants owned by the corporation. Some workers at franchised locations could receive emergency paid leave under provisions designed for small businesses in the federal coronavirus response act.

Restaurant Brands International Inc., owner of chains Burger King, Tim Hortons and Popeyes Louisiana Kitchen, said it was sending out 15,000 thermometers to its restaurants to check workers’ temperatures upon arrival for shifts. The company did not respond to a request for information about its mask policy or paid sick days.

Chipotle Mexican Grill Inc. said that it has also changed its policy to allow employees to wear masks and is looking to purchase them. It had previously said it will provide two weeks’ paid medical leave for those with the virus and will allow sick workers to stay home without pay if they feel it’s unsafe to come to work.

Domino’s Pizza Inc. is making franchisees purchase non-medical grade masks and gloves for restaurant staff. The protective gear will begin arriving in restaurants this week, and thermometers also are being sent to all stores.

These safety steps followed ones taken by some groceries, which have installed plexiglass shields to protect cashiers, and big-box stores, which have provided masks and added wage increases.

But permanent raises and health benefits are going to be harder to come by for most U.S. restaurant workers.

More than 3 million of them have already lost their jobs, according to the National Restaurant Association. Now, with so many potential hires available, managers trying to keep their businesses alive are unlikely to spend money to meet employee demands.

“The Titanic is sinking and crew grievances aren’t at the top of the list of things that they’re trying to work through at the moment,” said Aaron Allen of Aaron Allen & Associates Global Restaurant Consultants. While worker danger may be higher than ever, the pandemic has altered the dynamics. “When you go to a massive amount of unemployment, it shifts from buyers’ market to sellers’ market,” he said.

This has not stopped Fight for $15 from pushing for safer workplaces. It has led recent strikes at McDonald’s restaurants throughout the U.S. protesting working conditions, lost hours and pay cuts.

The most recent strike, over the weekend in Los Angeles, followed a McDonald’s employee testing positive for Covid-19. Before McDonald’s changed its policy, some of the chain’s workers said they weren’t allowed to wear masks or gloves on the job. The weekend’s protest included demands for protective equipment, as well as a paid two-week quarantine period.

McDonald’s has not commented directly on the Fight for $15 demands, but provided a statement from the owner-operator of the impacted Los Angeles location. The restaurant has been closed for sanitizing and the sick employee and those in contact with that employee are being paid during a 14-day quarantine.

Just a few months ago, Taco Bell was trying to lure in new managers with six-figure paychecks — which the company says is still on track. But these types of incentives, which appeared to herald a new era for restaurant workers amid low unemployment, will likely disappear.

While some chain restaurants are now paying little more per hour as so-called hazard pay, the increases are temporary. Chipotle, for example, is raising hourly pay 10% from March 16 through April 12.

And public health concerns have also led some restaurants to provide sick workers with emergency paid leave. But these aren’t permanent improvements.

But Fight for $15 is still pushing, arguing that the outbreak has made health benefits even more vital. “We’ve always been fighting for health care, paid sick leave and protection on the job for all workers,” said Jamilah Allen, a worker at Freddy’s Frozen Custard & Steakburgers in Durham, North Carolina, and a leader of the group, “and right now we need it more than anything else.”

Trump’s food: What’s on US President’s menu besides a trade deal – Livemint