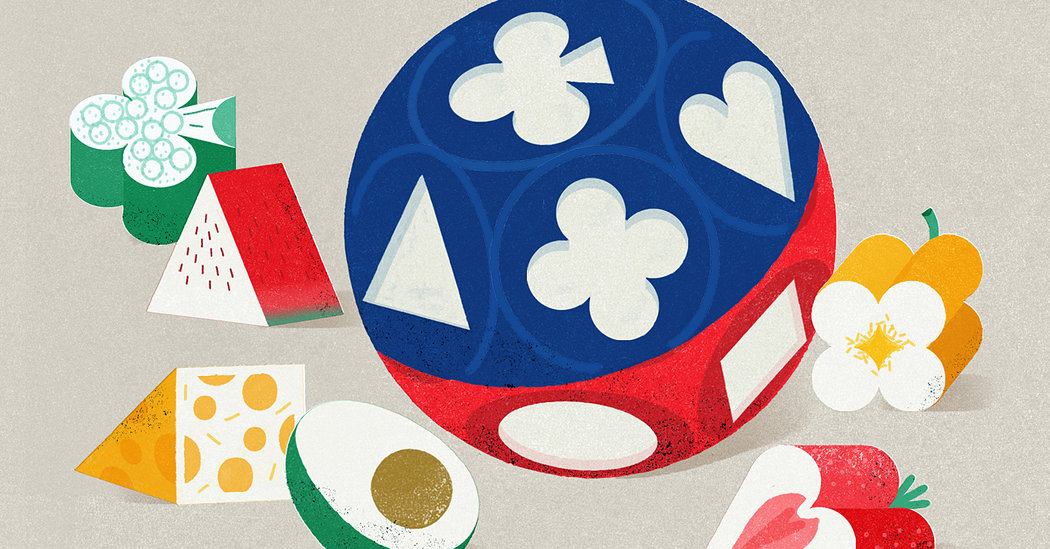 I keep looking for silver linings during the disastrous viral storm we’re now struggling through. Maybe, just maybe, the Covid-19 crisis that has kept people out of restaurants, limited supermarket ventures and prompted more home cooking will result in better eating habits.

As things now stand, Americans have a long way to go before they are fueling their bodies with the foods that can prevent chronic illness and promote healthful longevity.

Being a glass-half-full optimist, I should have been thrilled by the latest report that the diets of American children have improved significantly since the turn of the century.

But I was dismayed by the study’s finding that more than half the children ages 2 to 19 still have poor diets that fall well below current recommendations of what to eat to foster good health, now and in the future.

When data collection for the study began in 1999, 77 percent of American children, including most of those who could afford to eat better, had nutritionally poor diets. In the most recent survey completed 18 years later, the proportion of children with poor diets had declined to 56 percent.

The data came from nine successive National Health and Nutrition Examination Surveys that included 31,420 youngsters. Diet quality was measured against three main recommendations: two current advisories from the American Heart Association and one based on the Healthy Eating Index 2015, which measures compliance with the government’s Dietary Guidelines for Americans.

“Things are getting better, but there’s still a long way to go,” Dr. Dariush Mozaffarian, one of the study’s authors, told me. “It’s frightening that children are still far from where they need to be. This finding is disappointing, but it’s not surprising considering that most of the foods available in grocery stores and restaurants do not meet nutritional guidelines.”

Dr. Mozaffarian, dean of the Friedman School of Nutrition Science and Policy at Tufts University, said, “The improvement over the last 20 years is not as big as we’d hoped it would be. In 20 or 30 years from now, we’ll be drowning in Type 2 diabetes. If current eating habits continue, one in two kids born now will develop it. We can’t wait another 20 years to fix this. There’s a freight train of chronic diseases coming down the tracks.”

The study, directed by Junxiu Liu, an epidemiologist at Tufts, revealed some small but encouraging improvements. American youth are now consuming more whole fruits, fewer fruit juices and more whole grains. Although they’re drinking less milk, yogurt and cheese consumption is up, as is poultry, and the amount of sugar-sweetened beverages and other sources of added sugar is now half what it was in 1999.

But there’s been little progress in curbing unwholesome consumption of processed meats, refined grains and salt and in increasing consumption of health-promoting vegetables, fish and shellfish and plant-based protein. The average daily intake of fruits and vegetables is now a mere 1.8 servings, not the four or five servings recommended, the study showed. Instead of three daily servings of whole grains, children are consuming less than one.

And while consumption of sugary drinks has dropped significantly, “added sugars from foods hasn’t gone down,” Dr. Mozaffarian said. “There’s still a lot of added sugars in breakfast cereals, cookies, cakes and candy in children’s diets.”

Given how bad youthful nutrition was before Covid-19, I fear that the pandemic could further undermine it, especially for children from low-income families, who may be missing meals at schools that are closed or whose parents are now not getting paid at all. Unfortunately, the least nourishing foods available to Americans are also most often the cheapest.

Still, I join Dr. Mozaffarian and other nutrition experts in hoping that during the near-isolation forced on so many of us, American families will have discovered — or rediscovered — their kitchens, are involving the children in food preparation, and adults and children are sitting down together to eat the same foods.

Dr. Suanne Kowal-Connelly, pediatrician with the Long Island Federally Qualified Health Center in Roosevelt, N.Y., has worked hard to help children develop healthy food preferences. In an interview, she explained that most preferences are learned in the first two years of life, a fact that all too often is exploited to children’s detriment in ads and store placement for nutritionally deficient products.

Have you noticed that sugary cereals marketed for children are nearly always on the lower shelves and that candy and cookies are often stacked near checkout counters?

“We should be helping children develop a taste for healthy foods and discourage salty, sugary, fatty foods in the first years of life,” Dr. Kowal-Connelly said in an interview. I recall my young sons eating the (defrosted) frozen mixed vegetables I put on their highchair trays as finger food, and a few years later, chomping on raw celery and carrots dipped in a light dressing while dinner was being prepared. There were no chips, candies or sodas in the house.

“Parents should serve children the same foods they eat, though in smaller portions, and not offer something else saying, for example, ‘There are chicken nuggets in the freezer if you don’t like the broccoli I made’,” Dr. Kowal-Connelly said. “Children look up to us, they model our behavior and notice what we enjoy.”

She added, “Parents can talk about the beautiful colors of various foods and why they’re good for us — make it a learning game. A new food may have to be introduced many times — 12 or 13 — just to get children to try it.”

When dining out, the experts advised against ordering from kids’ menus. “Why do they need their own menu and why does it have to be crap?” Dr. Mozaffarian asked. “Some of the $160 billion that the government now spends just on Type 2 diabetes should be shifted toward improving foods, especially foods that low-income families can afford.”

Snacks represent yet another deterrent to improving the quality of children’s diets, the experts said. It is the rare child in a stroller without a packet of a commercial snack that, even if not sweet or salty, is usually a refined carbohydrate. A whole generation is being raised with a perpetual need for oral gratification that bodes ill for current and future efforts to curb the obesity epidemic.

“In this time of crisis, healthy eating is more important than ever,” Dr. Mozaffarian said. “Healthy foods can boost the immune system and help people of all ages fight off respiratory infections.” For people who can’t afford fresh vegetables or who lack access to them, both he and Dr. Kowal-Connelly said frozen or even canned versions are a good alternative.