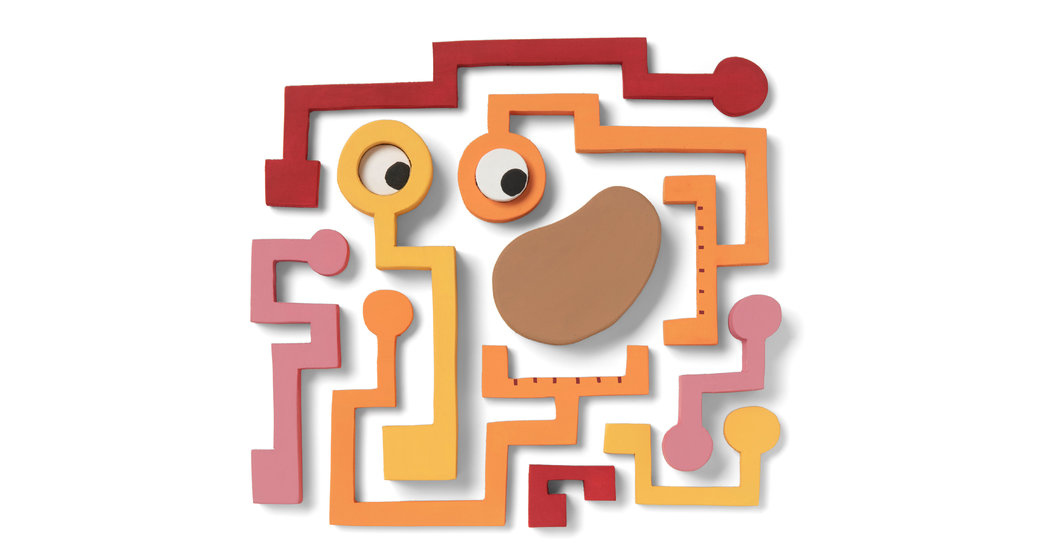 This article is part of our latest Artificial Intelligence special report, which focuses on how the technology continues to evolve and affect our lives.

Processing food is an intimate act. Consider the hands-on skills it takes to determine if a strawberry is ripe enough for picking, a raw turkey sliding down a conveyor belt is lovely enough for a Thanksgiving table or a cookie is so consistently delicious that consumers will choose it over a dozen other options on the store shelf.

Each of those decisions requires sensory judgment from a worker who has enough experience to make the right call, even at the end of a long shift. It’s a challenging task at a time when the labor force is in flux, demands on the food supply are changing and the fallout from the coronavirus outbreak is likely to change the ways food is processed and shipped.

Artificial intelligence experiments like pizza delivery robots and disease-detecting farm drones have gotten a lot of media attention lately, but innovations in the middle of the food chain — the system that moves and processes hundreds of thousands of products between the field and the consumer — might be having a greater impact on what people eat every day.

Machines are being trained to consider food the way a cook might, with attention to variations in shape and seasonality and qualities like sweetness or texture. As a result, less raw food is being wasted, products are arriving at the stores fresher and in better condition, and workers are being freed to be more innovative.

“A.I. is the logical extension to make the most of what we do,” said Geoff Furniss, the chief executive of BBC Technologies in Hamilton, New Zealand. He grew up on a blueberry farm his parents started in a tin shed and is considered one of the world’s authorities on the relationship between artificial intelligence and grading blueberries, which are tricky to handle.

“The thing with blueberries is that they have a standard color palette and are very delicate, and there are lots and lots of them,” he said. Even the slightest bruise can turn one to mush before it arrives at a grocery store or restaurant.

“You drop them six inches and they are wrecked for shelf life or storage,” he said.

Mechanical sorters can do some of the work of removing debris and sorting by size and color, but blueberries have long required nimble workers hovering over conveyor belts. In 2000, his father invented a blueberry sorter that could quickly but carefully classify the berries by color, which led to their founding of BBC Technologies.

By 2015, they added a system of cameras that used optics to improve the process. The company kept improving the technology and developed a platform based on artificial intelligence that uses hundreds of thousands of categorized photographs and a graphics processor that can handle 2,400 individual images of fruits per second.

The software has learned to discern a stem hole from a bird peck and will reject punctured fruit that is likely to rot. It is learning to detect dozens of different varieties and subtle seasonal differences, so fruit grown at the beginning of a season will be sorted and packed differently than fruit that comes at the end of it.

Those subtle differences are important when deciding which berries should be eaten in a week or would be better for a long journey from South America to the United States. The same technology would work for other delicate fruit like cherries, he said.

The idea was so innovative that TOMRA Food, the Norwegian sorting and packing giant, bought the family company for $66.9 million in 2018.

A.I. has been good for the potato processing industry, too. Traditional sorting and slicing machines are designed to produce the same fry size and shape regardless of the nature of each potato. But A.I.-powered machines can determine which potatoes might be more suitable for, say, a long French fry or a wedge or kicked over to be chopped into Tater Tots.

It is also being employed during the peeling process, by categorizing each potato before it’s peeled to assure that minimal amounts of flesh are removed

For potato chips — a more delicate snack to produce than frozen French fries — A.I. is being employed to ensure that each chip has the same satisfying color and crunch every time.

When Shahmeer Mirza began working at PepsiCo., which owns the Frito-Lay brand, one of his first tasks was teaching a machine sensory perception. By bouncing lasers off chips, he could capture the sound they make when someone bites into one.

The thickness of the chip and the time and temperature of the frying could all be adjusted to create the perfect bite without a worker having to constantly sample chips. It was such a revolution his work was awarded a patent, but it’s only one way in which A.I. is being put to use at snack plants.

Repetitive tasks like picking out a bad potato and throwing it away might take a worker a second or two. A.I.-enabled sorters can make those decisions so quickly thousands of pounds of potatoes can be processed in an hour.

“You’re talking about decisions that required two or three or four or five people staring at a long length of conveyor that is now completely automated,” said Mr. Mirza, who has since moved on from the snack company and is working in the research and development division of 7-Eleven while he pursues a master’s degree at the Georgia Institute of Technology in Atlanta.

Automation like that helps companies that are facing a shortage of skilled labor and makes a tastier chip for consumers.

“When was the last time you opened a bag of Lay’s and found green or brown chips?” Mr. Mirza said. “That’s because they have been using A.I. for quite some time. The quality has gone up. You’re not going to notice it happening, but you’ll just have a better product in your hands.”

Day of the Dead calls for pan de muerto. Watch how one bakery makes it. – The Washington Post