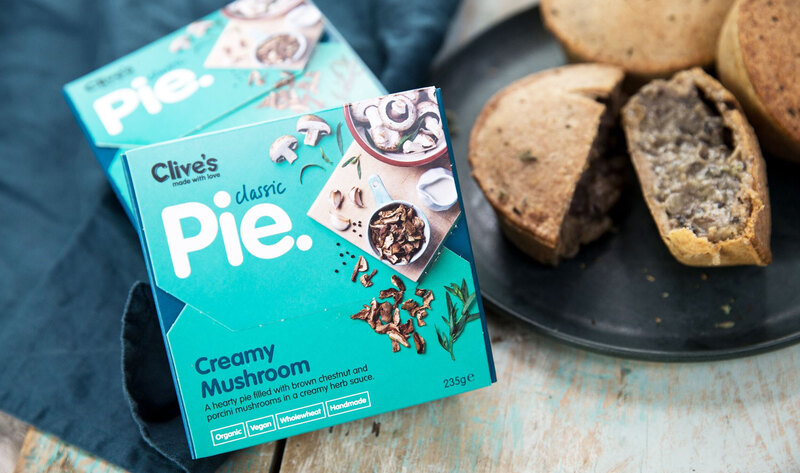 British savory pie brand Clive’s recently announced that it has transformed its entire line of vegetarian pies to be completely vegan. The move comes after the company partnered with United Kingdom supermarket chain Morrison’s to supply vegan pies to 350 stores across the country. The full Clive’s range now consists of 16 vegan products in flavors such as Creamy Mushroom, Arabian Chickpea, and Saag Aloo pies, Tomato & Olive and Lentil & Kale tarts, and its classic vegan nut roast.

“This is a really exciting time for us,” Clive’s owner Sally Carson said. “We’d been wanting to make the change for a while, and now that we’ve done it, it feels amazing. I went vegan myself over three years ago and it just felt like the next logical step for the business. We’ll still be small-batch baking using organic, sustainably sourced ingredients, but now customers can tuck in knowing everything is purely plants.”

Please support vegan media while getting the very best in news, recipes, travel, beauty, products, and more.
Subscribe now to our award-winning magazine!

Deepika Padukone Revealed Her Favourite Pizza Topping; Can You Guess What It Is? – NDTV Food