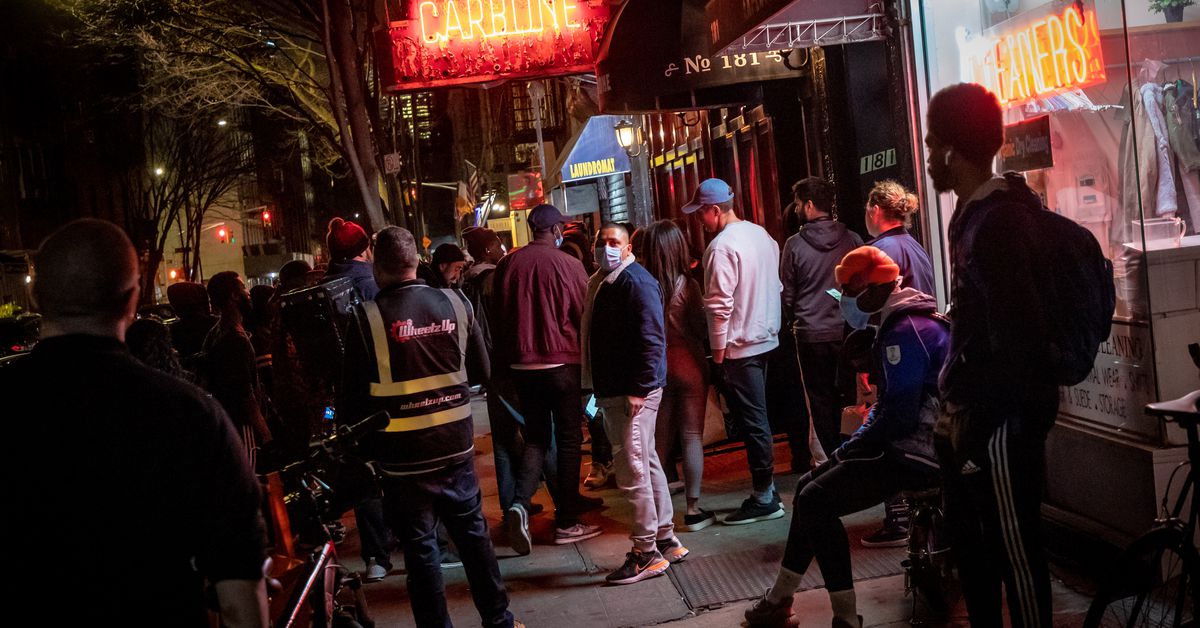 As orders came in from the State and New York City Mayor for restaurants to cut capacity in half, photojournalist Gary He was inside the packed dining room at Manhattan’s Gotham Bar and Grill, capturing the restaurant’s last night of service. In the over three weeks since that executive order, He has watched as dining rooms grew quieter, until they eventually shuttered and pivoted to delivery and takeout.

To talk about his experience capturing the rapidly changing food and restaurant scene, He joined Eater NY editor Serena Dai in a conversation on Instagram Live for our Eater @ Home event series.

Gary He: “On the 14 [of March] I was at Gotham, that was sort of the last great party in New York. It’s a famous restaurant that’s been around for more than 30 years and they shut down, deciding to call it a day both because of numbers and because of COVID-19.”

Serena Dai: “The Mayor and the State already decided that restaurants should be at half capacity on that day. What was the scene like when you were in there for their last night?”

He: “They were not at half capacity.”

He: “The biggest change you’re seeing [out there] in the past week is that a lot of places that decided to stay open with delivery and takeout initially, are deciding they no longer want to do that. Probably out of a fear of the staff’s safety but also because a lot of restaurants are making 20 percent of that they’re normally making. And for a business that operates at 10 to 15 percent margins that really doesn’t make sense.”

He: “As far as the City goes, if you’re far away from parks — it’s pretty empty.”

He (on capturing the night at Carbone that forced police action): “I was working nearby at Dante covering the delivery cocktail thing when it first started so I missed most of the first night. I went back on Friday and more and more people showed up, they were completely underwater. It all happened within an hour and a half. It was really horrifying watching everything I imagined just happen. They would overcommit to orders, not be able to manager the crowds, the sidewalks would build up, people are waiting around for hours, until management comes out and shuts it down.”