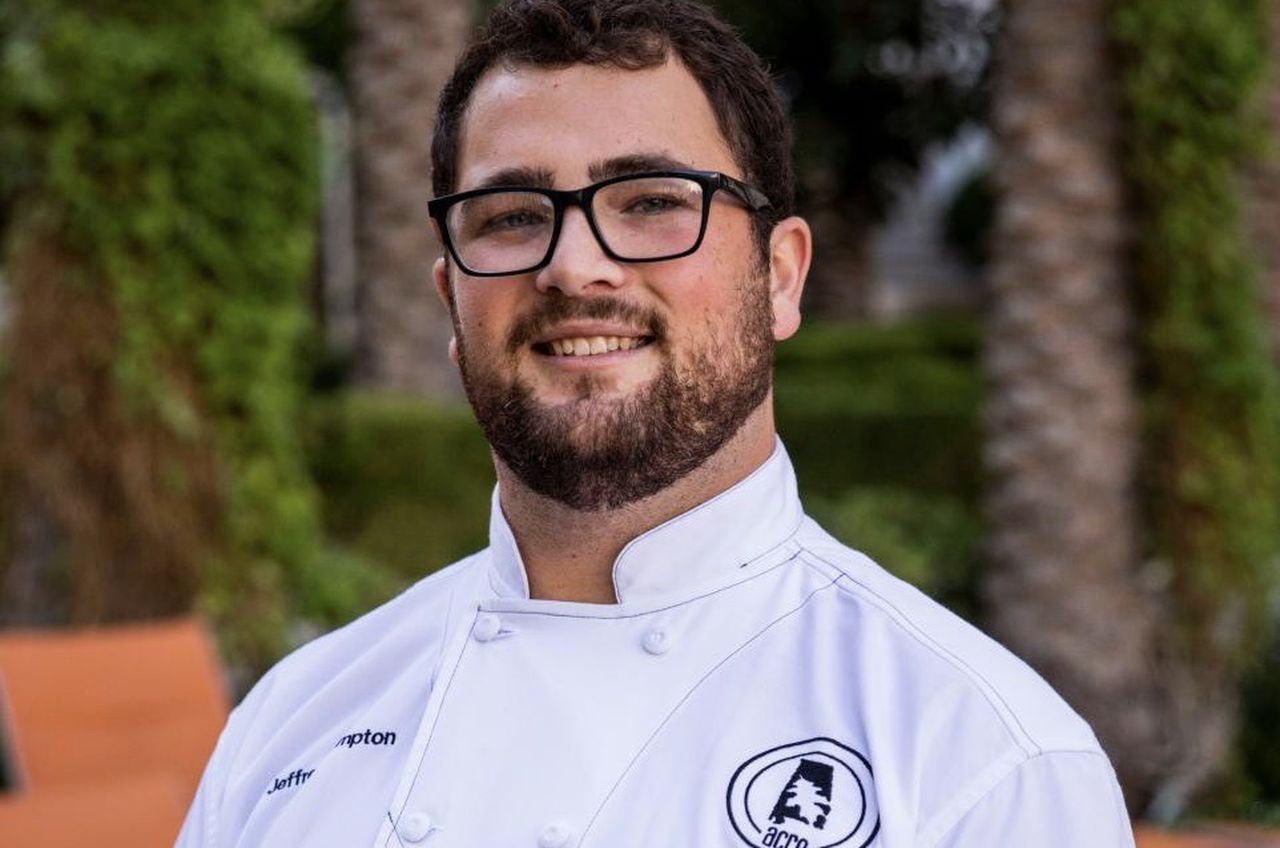 Jeffrey Compton knows his way around a kitchen, but it wasn’t enough for him to win the top prize on “Vegas Chef Prizefight.”

Compton, chef de cuisine at Auburn’s Acre restaurant, was eliminated early on the finale of the Food Network reality series, after preparing a low country seafood boil for the first challenge. He took third place on the show, leaving the field to two other competitors: Lamar Moore of Chicago, an 18-year-veteran in the restaurant industry, and Jeff Kraus of Truckin’ Good Food and Crepe Bar in Tempe, Arizona.

The winner of the show will become the head chef at a new restaurant at the Flamingo hotel on the Las Vegas strip.

“I feel you are a really good cook, but you need a few more years of experience before you’re ready to take on an operation of this magnitude,” said series host Anne Burrell, a New York chef and TV personality who’s appeared on several shows for the Food Network, including “Worst Cooks in America” and “The Best Thing I Ever Ate.”

Compton took his loss in stride, but expressed his disappointment. “I left my heart there on the floor,” he said. “She took a big old dagger to it.”

“Jeffrey has been around restaurants his whole life, including his grandparent’s restaurant on the beach in Biloxi. Now 26, he got his first food job at only 14 years old and worked his way up the ranks until he made a career detour and moved to Auburn to study accounting. While there, he met acclaimed chef David Bancroft who took him under his wing to learn his revolutionary culinary perspective. He was so inspired he dropped out of accounting school to pursue a food career and is now chef de cuisine at Acre Restaurant.”

For the final challenge, the top two were tasked with preparing a four-course meal for executives in the Caesars Entertainment company. Compton returned to assist Moore; Kraus received help from the fourth-place finalist, Juan Zepeda, who was eliminated on a previous episode.

At the end of the hourlong program, Moore was declared the winner. The April 9 episode was filmed in advance.

“Vegas Chef Prizefight” made its debut on March 5 with eight chefs from around the country. During five previous episodes, the contestants were asked to take over the dinner service at several Las Vegas restaurants owned by the Caesars Entertainment company. Challenges on the series involved food items ranging from waffles to caviar, and dinners that boasted French, Asian, Italian and Mexican flair.

This isn’t the first time a chef from Acre has competed on the Food Network. Bancroft, who founded Acre in 2013, took first place on “Iron Chef Showdown” in 2017. Caleb Fischer, a former chef de cuisine at Acre, made the final three on “Spring Baking Championship” in 2018.

A restaurant, a service dog and a viral controversy in Vermont – vtdigger.org