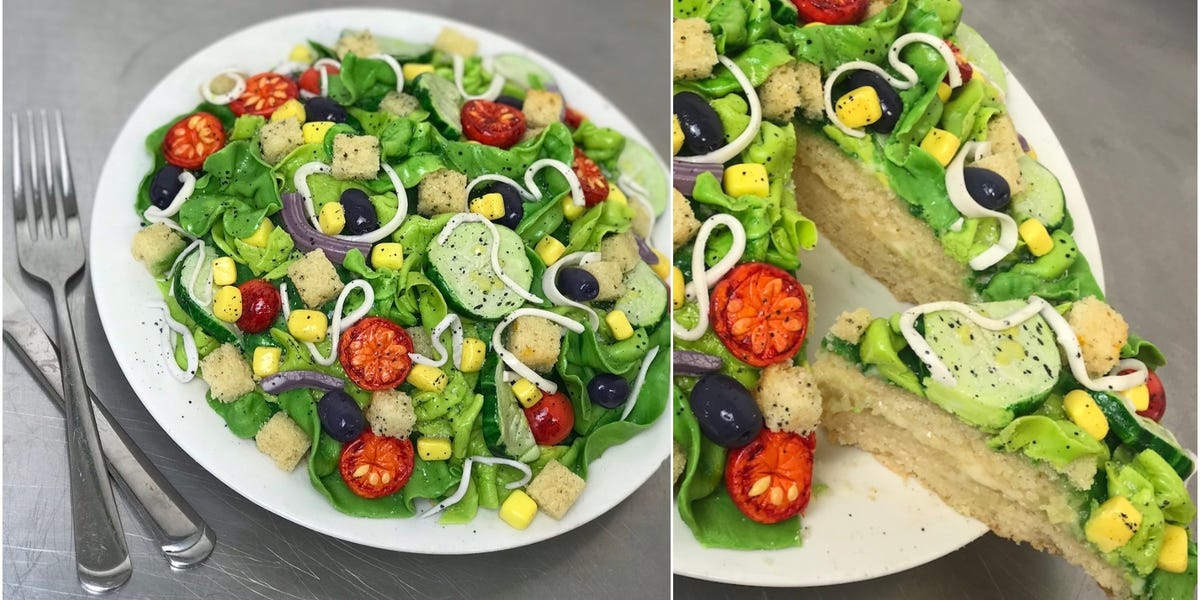 When you picture a cake, you probably think of a round, pretty, and decadent confection with a dainty layer of icing.

But some in the business of baking are turning their talents to creating what appear to be everyday objects, but are actually sculpted from sponge and filling.

Former British tattooist Ben Cullen, also known as the Bake King, is one of those people.

Not only does he have a strong online following, Cullen starred on the UK’s Channel 4 programme “Extreme Cake Makers,” and has produced pieces which look more like his celebrity clients than the celebrities themselves.

His artistic illusions spark disbelief at what your eyes are seeing as each baked good is painstakingly brought to life.

People coming across Cullen’s work would be surprised to know that he never intentionally set out to carve a career from cake as, by his own admission, he looks much more like a tattoo artist than baker.

He told Insider it was certainly something he didn’t see coming.