Normally, we wouldn’t promote something just because “everyone is doing it.” However, when it comes to baking bread, there’s a good reason for it. The craft of home bread beaking is soothing (some may say even meditative), time-intensive, and usually yields delicious (or at least edible) results. A finished bread hot out of the oven is a thing of beauty and pride. Even if you don’t get the texture right, your home will still smell amazing. We’ve compiled our favorite foolproof vegan bread recipes to launch you into this new project. C’mon, everyone is doing it. 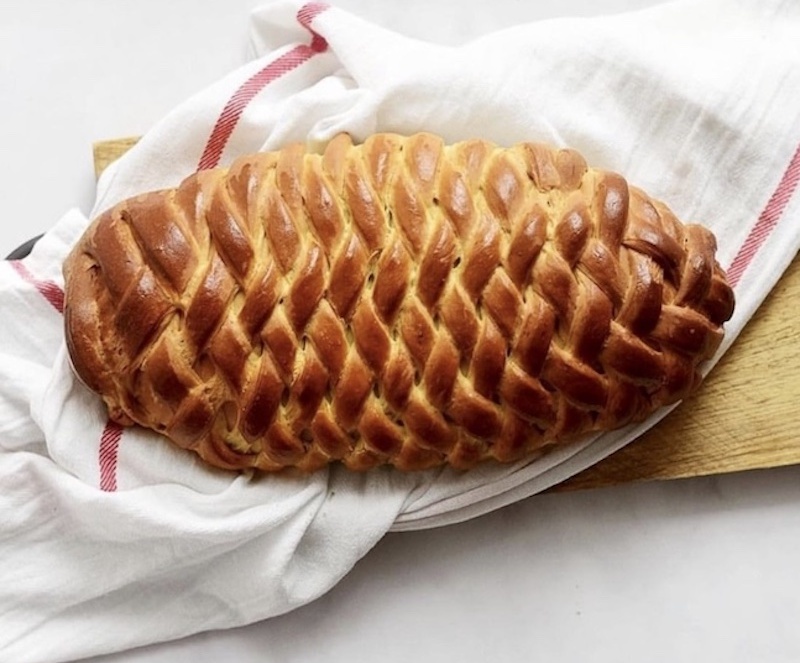 1. Vegan Challah by the Challah Hub
More people should eat challah. A loaf done right is soft on the inside with a detectable but not overly crackly crust, slightly sweet, and melts in your mouth. If you can read and follow basic directions, you can make this recipe—it’s virtually foolproof. From start to finish, you’re looking at four to five hours (the vast majority of that is proofing and baking time). If you’re baking for one and don’t polish off the loaf in two days (we’ve done it), wrap tightly in plastic wrap and foil and freeze, or let it go stale and make challah bread pudding! 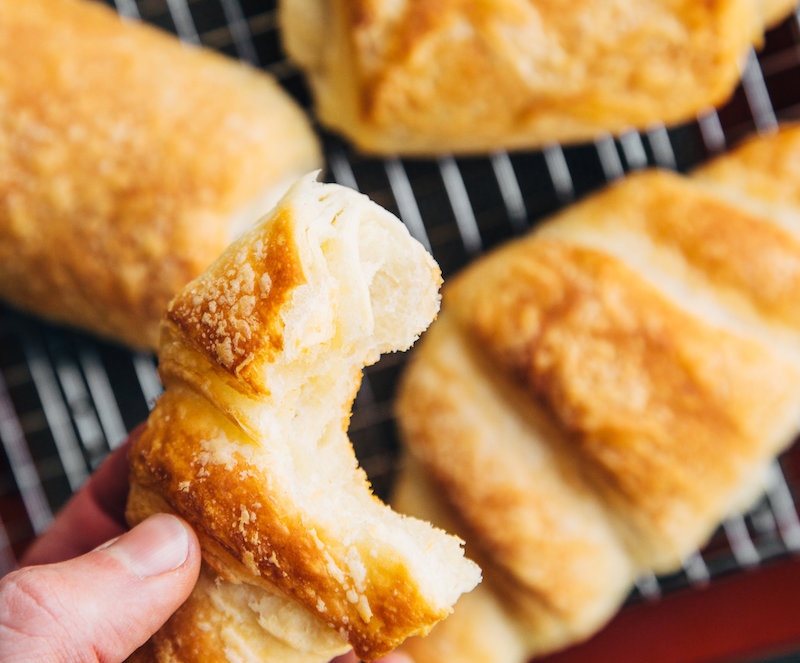 2. Vegan Croissants (and other flaky pastries) by Oh, Ladycakes
Many people are intimidated by croissants, but this thought is somewhat misguided. We’ve tried this recipe, and while they do require a lot of time, croissants not necessarily tricky to make. Like the challah recipe above, if you can follow directions, you can make bakery-worthy croissants. However, unlike the croissants you’ll find at the store, these have an extremely short shelf life. If you don’t plan to eat them minutes after pulling from the oven, don’t bother. Freeze the dough and cut off just the right amount you’re prepared to consume that day. There’s nothing sadder in the moment than a limp, day-old croissant while self-isolating at home. 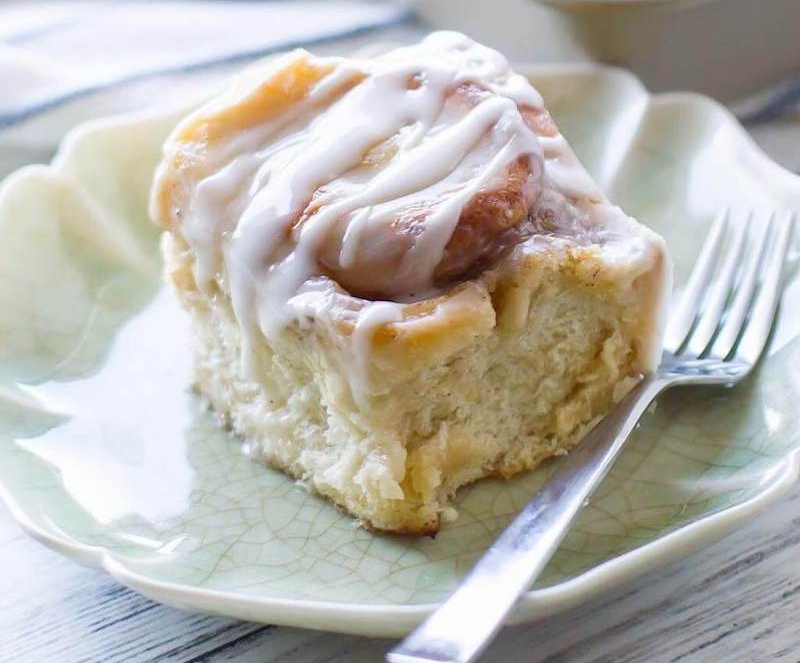 3. Cinnamon Buns by Rachael Carr
Chef Rachael Carr’s recipes do not fail. They’re thoughtful, detailed, and result in the most delectable vegan dishes we’ve ever made for ourselves. These fluffy, sweet, and sinfully sticky cinnamon buns will make you swoon with carb-induced joy. Be warned: these take about three-and-a-half hours to make (again, most is proofing time), so plan ahead. 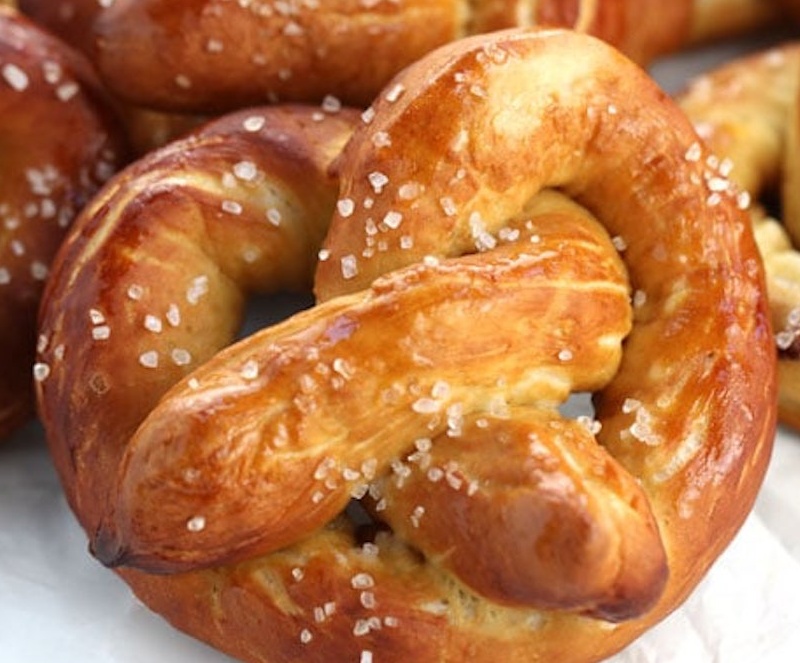 4. Vegan Buttery Soft Pretzels by It Doesn’t Taste Like Chicken
These vegan butter-slathered salty twists are just begging to be dunked in spicy mustard or homemade beer cheese dip. Beyond the theme-park-standard results, we love making pretzels for the meditative zone we slip into while methodically knotting the dough. Put on some calming music and lose yourself in the dough flow. 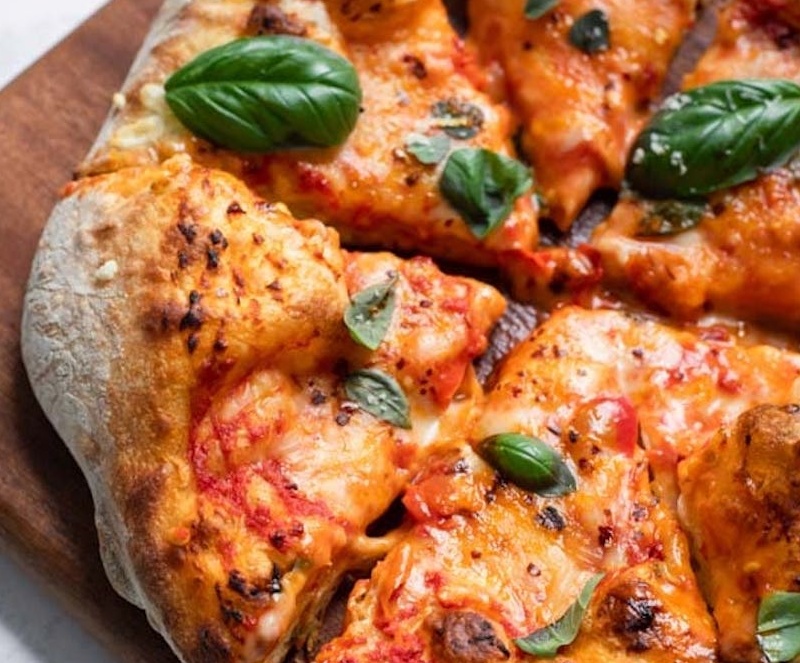 5. Easy Overnight Pizza Dough by The Curious Chickpea
You could order delivery, but then what would you do with the free time on your hands? With this simple dough recipe, you’ll be well on your way to becoming a vegan pizzaiolo. Just a note: while we had fun trying to shape the dough by spinning it in the air as they do in the movies, we found rolling it out on a floured surface was the more sensible approach. 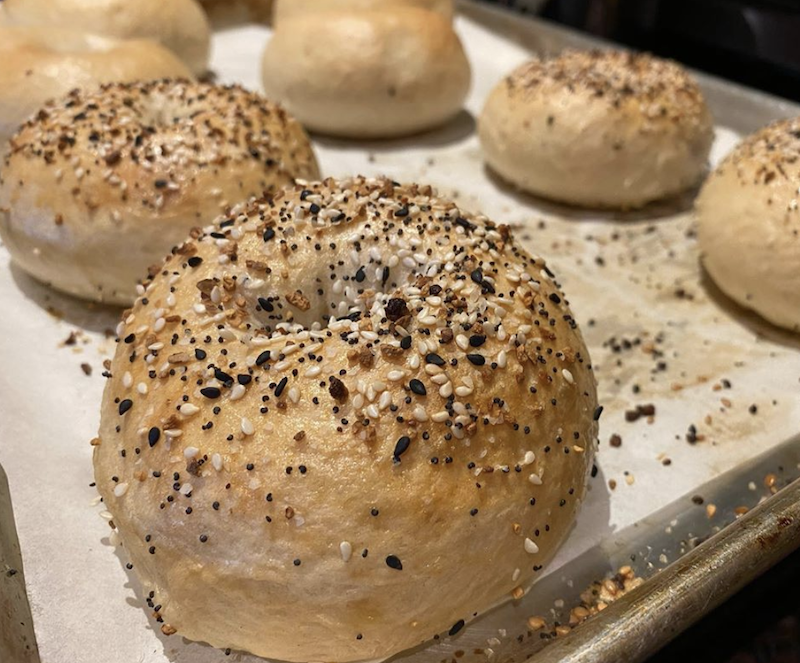 6. Bagels by King Arthur Flour
You don’t need New York tap water to make New York-style bagels; the secret is in the non-diastatic malt powder. This isn’t dairy-based malt; it’s completely vegan and gives this breakfast staple its classic New York flavor. If you don’t have an electric dough hook, prepare for an arm workout. You’ll have to knead this dough for at least 20 minutes. Feel the burn! 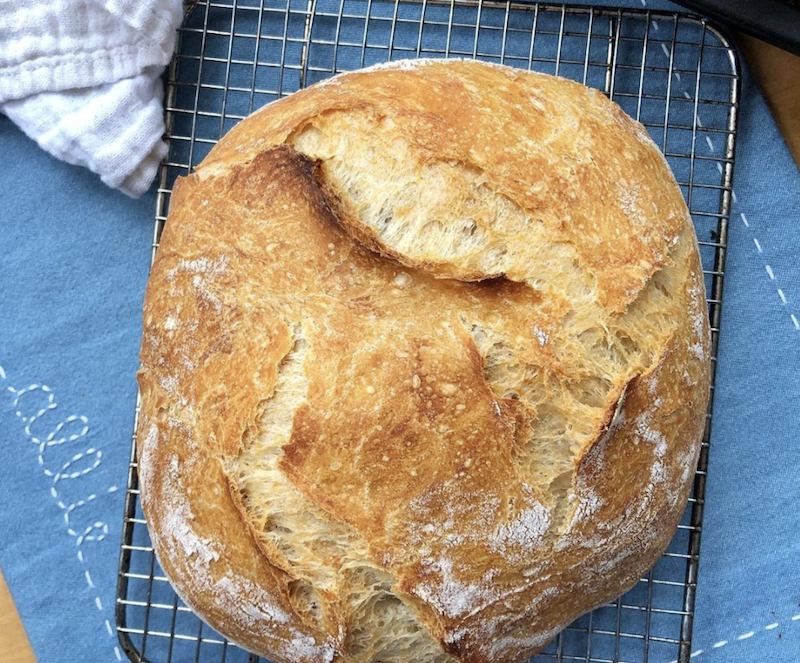 7. No-Knead Bread by Jim Lahey
Sure, you don’t have to knead it, but it’ll take you a day and a half to produce this basic boule. And yet, it’s one of the most celebrated and popular recipes published by The New York Times. The ingredients are simple and the recipe is straightforward. Thousands swear by it. Complete this recipe, and you’ll have earned your first artisan bread baker badge. 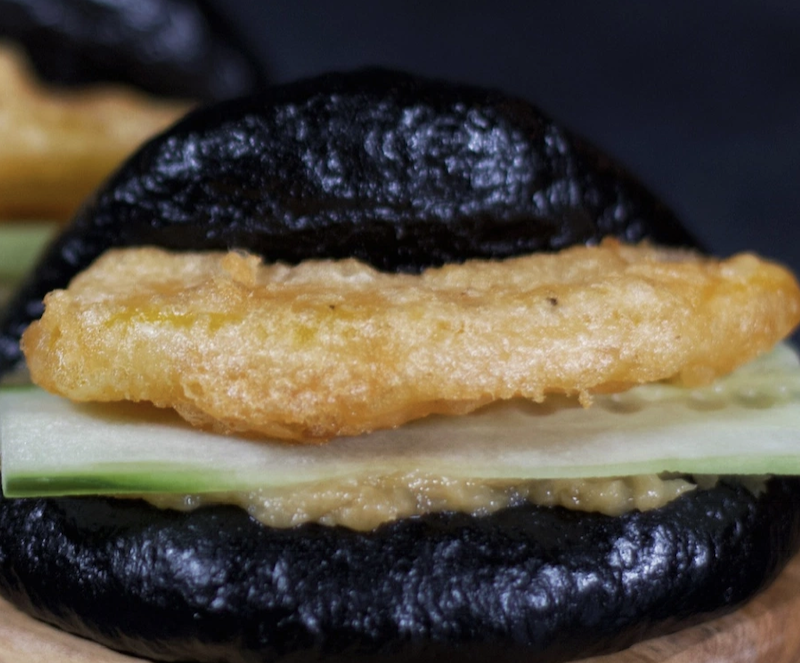 8. Fluffy Gua Bao by No Eggs or Ham
You’re right if you’re looking at the photo and think, “Bao isn’t black!” These recipe developers added an optional pinch of activated charcoal to their dough, but they assure the reader these bao will still turn out soft and pillowy without this mysterious ingredient. Unlike some of the other bread projects, bao is very hands-on—perfect for when you’re feeling a bit stir-crazy. 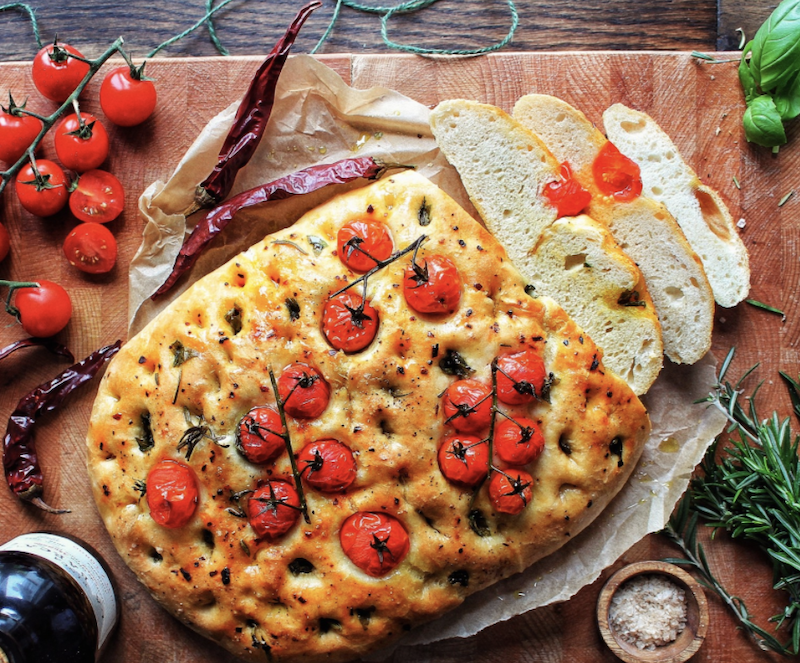 9. Focaccia by Avant-Garde Vegan
We often forget about this pocked, cloudlike Italian bread, but one bite and we swear to forever give it the adoration it deserves. You can make this in a day or leave it to rise overnight, and it requires a good amount of kneading so you can work away that tension. Enjoy your doughy creation straight out of the oven, dipped into olive oil, or transformed into a pizza crust that transcends deep dish.

Be a part of Gordon Ramsay’s upcoming food show – Happytrips